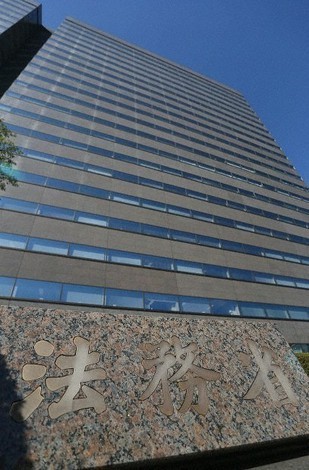 The Mainichi (16.03.2021) – https://bit.ly/31cQSxT – The controversial draft revision to the Immigration Control and Refugee Recognition Act is set for deliberation in the current Diet session. One point of contention is the government-submitted draft’s proposal to overhaul current rules not to repatriate foreign nationals while their refugee status applications are being evaluated, and to cap the number of times a person can apply for refugee status.

The rule is based on international law, which stipulates that refugees at risk of persecution in their countries must not be repatriated. But the Immigration Services Agency of Japan believes that because people can file for refugee status as many times as they like, there are individuals who continue to reapply for refugee status to avoid repatriation, and that this trend is a contributing factor in prolonged stays at detention facilities. Therefore, as an exception to the rule, the draft revision would make it possible to forcibly repatriate people who apply for the same status three times or more.

Other countries where exceptions are applied include the U.K., where it is enforced “when an application is submitted without any basis,” and in France, which uses it “when a reapplication is made for the purpose of obstructing deportation.”

According to nonprofit organization Japan Association for Refugees (JAR), of the 212 people recognized as refugees between 2010 and 2018, 19 had applied for the status multiple times. There was even a case in which an applicant filed a lawsuit and won refugee certification while their third application for asylum was being screened.

Should the draft revisions pass the Diet, and the Immigration Control and Refugee Recognition Act is applied to affected foreign nationals, there is a possibility they could be sent back to their home countries and subjected to persecution while still waiting for refugee status applications to be screened.

“The Japanese government should be certifying all refugees as such, but Japan’s refugee protection policy is far from meeting international standards,” Eri Ishikawa, chair of JAR’s board, says. “It’s problematic to add an exception clause to the immigration and refugee law without improving upon that point.”

The difficulty of obtaining refugee status in Japan is down to its definition of refugees. The international convention on the status of refugees defines refugees as people at risk of persecution in their home countries due to issues relating to race, religion, nationality and political views. Japan, however, certifies people who have been leaders of anti-government demonstrations, or who have been singled out and targeted by a foreign government as refugees. It is much harder to prove the latter.

In recent years, oppressed minorities — such as conflict refugees forced from their home country due to the civil war in Syria, the Muslim Rohingya in Myanmar, and Kurds — are on the rise. While individuals may not have not been singled out for attacks, their lives would be at risk if they were to be repatriated, so in the U.S. and Europe, it is not uncommon for them to be accepted as refugees.

Wataru Takahashi, a member of a group of Tokyo-based attorneys involved in detention and repatriation issues says, “Changing a system superficially will not broaden the number of foreign nationals the country accepts. The main reason Japan is closed off to refugees remains intact. Japan should improve its own refugee certification rules, and their quality.”