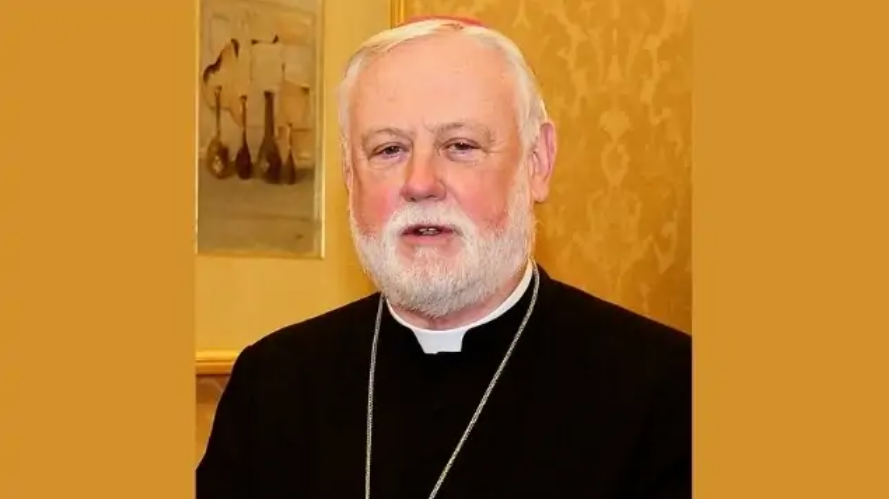 Vatican vs Italy on new homophobia bill: why it’s a religious liberty issue

The Vatican claims the new law would breach the Concordat between Italy and the Holy See, an international treaty. It is not about LGBT rights, it is about freedom of religion or belief.

Bitter Winter (24.06.2021) –  https://bit.ly/3xOKpaN -The Italian Senate is now discussing the so-called “Zan bill,” named after its original drafter, MP Alessandro Zan, of the Democratic Party, which the House of Representatives approved on November 4, 2020. Those favorable to the bill claim that it merely extends to LGBT+ persons (and those with handicaps) the provisions of a 1993 law (known as “Legge Mancino”) against hate speech, and discrimination and violence because of race, ethnicity, religion and national identity, by adding also sexual orientation and handicaps to the categories protected by that law. But critics (among which, by the way, are also some prominent homosexuals, and feminist activists) mention some flaws in the bill, while approving the provisions against all kind of violence and incitement to violence against LGBT+ persons (unnecessary to say, this is also my position). There are two main objections.

First, current Italian laws already punish hate, discrimination, and violence against LGBT+ persons. In fact, when identified, perpetrators of hate crimes against anyone, including LGBT+ persons, are arrested, go to court and, if found guilty, serve terms in prison. This would seem to settle the question, but the “Zan bill” introduces a novelty. In addition to sex, gender, and sexual orientation, it also protects “gender identity.” Article 1, paragraph d, of the “Zan bill” defines “gender identity” as “the perceived and manifested self-perception of one’s gender, even if not corresponding to one’s [biological] sex, independently from having concluded a transition path” (“l’identificazione percepita e manifestata di sé in relazione al genere, anche se non corrispondente al sesso, indipendentemente dall’aver concluso un percorso di transizione.) But a “perceived gender identity,” critics of the bill argue, is not unanimously accepted and cannot be clearly defined, thus opening the way to arbitrary interpretations.

The risk, critics say, is that every expression of legitimate criticism of the notion of “gender identity” by anyone can be constructed as hate speech, curtailing freedom of expression. But there is more. Critics argue that in the case of priests and pastors, rabbis and imams, catechists or simple religious believers, every theological, philosophical, and moral criticism of any sexual behavior based on religion and theology could be labeled as “hate speech,” and the supposed trespasser brought to court. It is the case also for agnostics or atheists, who could be sanctioned if they express opposition  to a specific sexual behavior based on their own secular philosophy.

As a matter of fact, article 4 of the “Zan bill,” claims to protect freedom of expression in the field but, only if statements do not create a “danger of discrimination” (or violence). Critics are afraid that a priest, pastor, rabbi, imam, or lay preacher who would, for example, preach that those who have entered into a same-sex union should be censored from the relevant religious community, or lecture his or her flock against same-sex marriage might be accused of creating a situation leading to a “danger of discrimination.” The problem, critics say, is not whether we agree or disagree with such statements. It is whether a law should prevent religious believers from freely expressing them.

An ancillary problem is article 7, instituting May 17 as the National Day Against all Forms of Homophobia, to be celebrated in all schools. Critics of the bill fear that this may compel religious schools, and teachers who have alternative opinions about homosexuality based on their religion, to teach something they do not agree with, and be sanctioned if they don’t.

Now, in an unprecedent move, the Vatican has asked the Italian government to reconsider some provisions of the “Zan bill,” because they may breach the Concordat between the Italian Republic and the Holy See, and thus religious liberty.

On June 17, Msgr. Paul Richard Gallagher, Vatican Secretary for Relations with the States (in substance, a Vatican Deputy Minister of Foreign Affairs) delivered a “verbal note” (this is the technical definition) to the Italian Embassy to the Holy See.

The Concordat, also known as the “Lateran Treaty,” was signed by the Kingdom of Italy and the Holy See on February 11, 1929. In 1948, it was received in the Constitution of the Republic of Italy at article 7, and in 1984 it was revised. Article 2, paragraph 2, of the 1984 revision grants the Catholic Church “liberty of organization, liberty of public worship, and liberty of exercising its episcopal teaching and ministry,” while paragraph 3 grants “to Catholics and their associations and organizations full liberty of assembly and manifestation of thought in words, texts, and every other way of sharing.”

It is important to note that, unlike the ‘intese” with other religions (a word also usually translated in English as “concordats”), the 1929/1984 Concordat with the Catholic Church was not stipulated between Italy and the Italian representatives of the Catholic Church. It is an international treaty signed with a foreign state, the Vatican, and as such, again unlike the “intese,” can only be litigated in international fora.

Why did the Vatican intervene, invoking international law? The Holy See is afraid that freedom of teaching their traditional doctrine on homosexuality may expose priests and lay believers to the serious penalties imposed by the law against those who create a “danger of discrimination.” Of course, within the Catholic Church, there are different positions about homosexuality. What the Vatican is trying to do is to protect the expression of all of them, conservative as well as liberal.

Accusations to the Vatican of interfering with Italian politics are growing, but this is a false problem. The Concordat is an international treaty, not a part of Italian domestic law. When Italy signed this treaty, it guaranteed to bishops, priests, and lay Catholics an immunity from prosecution when they teach what the Vatican believes to be part, or within the boundaries, of Catholic doctrine, no matter whether these teachings are unpopular, or not shared by non-Catholics (or even by a portion of the Catholics).

It is not about the Vatican’s power, and it is not even about LGBT rights. It is about religious freedom. The “Zan bill” is about homosexuals, but other bills may prevent religions from creating a “danger of discrimination” against their expelled ex-members, or politicians who may be excommunicated from promoting certain laws, or from criticizing the laws of the state on a variety of matters, from social policies to immigration. While the Concordat is unique in its nature as an international treaty, other religions may have domestic remedies based on their “intese,” or on the general principle of freedom of religion or belief, which is protected by the Italian Constitution and the European Convention on Human Rights. The Vatican’s statement, in this sense, may be beneficial also to non-Catholics.

Marco Respinti is the Editor-in-Chief of International Family News. He is an Italian professional journalist, member of the International Federation of Journalists (IFJ), essayist, translator, and lecturer. He has contributed and contributes to several journals and magazines both in print and online, both in Italy and abroad. Author of books, he has translated and/or edited works by, among others, Edmund Burke, Charles Dickens, T.S. Eliot, Russell Kirk, J.R.R. Tolkien, Régine Pernoud and Gustave Thibon. A Senior fellow at the Russell Kirk Center for Cultural Renewal, a non-partisan, non-profit U.S. educational organization based in Mecosta, Michigan, he is also a founding member as well as Board member of the Center for European Renewal, a non-profit, non-partisan pan-European educational organization based in The Hague, The Netherlands, and a member of the Advisory Council of the European Federation for Freedom of Belief. He serves as Director-in-Charge of the academic publication The Journal of CESNUR and Bitter Winter: A Magazine on Religious Liberty and Human Rights in China.