IRAN: News about Baha’is and Christians in Iran in September 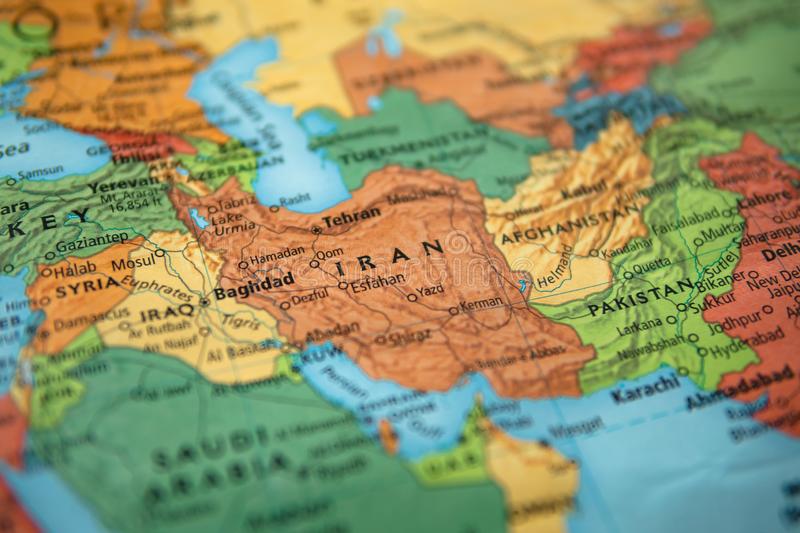 HRANA reports the case of Nasim Shahyaari-Zavaareh, an 18-year-old Baha’i from Tehran who was successful in the University Entrance examinations, but has been barred from university because of her Baha’i beliefs. On the web site of the National Assessments organisation, her profile has the word “rejected,” a shift from previous years when the words “file incomplete” were used. A number of other Baha’i students have also received the message “rejected.” When Miss Shahyaari followed up on her rejection, she was told that the Ministry of Intelligence had tagged her. She was then asked about her beliefs and her family’s beliefs, and told, “I cannot do anything: if you insist you are a Bahai your problem probably cannot be solved.”

Hrana/ Sens Daily (25.09.2021) – https://cutt.ly/6EVq39R – Shayda Taa’id, a Baha’i living in Qaemshahr, was arrested in her home on September 23. Agents searched her home and seized her mobile phone, electronic devices, books, photographs and writings. They initially put her elderly mother, Farideh Ta’ed in their vehicle as well, but then unloaded her in the middle of the road. It is not known where Mrs. Taa’id is being detained.

Hrana/ Sens Daily (24.09.2021) – https://cutt.ly/8EVw9h7 – Haayedeh Forutan and her son Mehran Mosallanezhad were arrested in Shiraz on September 23, after responding to a summons to the office of the Ministry of Intelligence. On the previous day, agents raided the home Mo`in Mithaaqi and Negaareh Qaaderi and arrested them, and raided the home of Mrs Forutan and seized some personal effects, but they were unable to arrest her as she was not home.

Soroush Abaadi and Kiana Sho`aai have been sentenced by a Revolutionary Court in Shiraz to 31 months and 16 days in prison and a 2-year ban on leaving the country. The Judge in that court is Mahmud Saadaati. The trial was held on September 12. They were charged with “membership in anti-regime groups with the intention of undermining national security.” They were also given a concurrent sentence of 7 months and 16 days in prison on a charge of “propaganda against the regime in cyberspace.” In the case of Mrs. Sho`aai, 30 months of her sentence has been suspended for a period of five years, which probably means that — given the time already in detention — she will not have to go to prison, but will have to report to the Ministry of Intelligence every month for five years. Mrs. Sho`aai was first tried on May 15, 2021, but her case was referred back to the Prosecutor’s Office for revision.

Mr. Abaadi and Mrs. Sho`aai were arrested by Intelligence agents in Shiraz on October 21, 2019, along with Farzaan Ma`sumi. The agents also searched their homes, along with the homes of a number of other Baha’is in Shiraz, and seized personal effects such as computers, mobile phones and laptops. Mrs. Sho`aai was released on bail on November 6, 2020, and Mr Abaadi was bailed on December 1.

Soroush Abadi was initially detained by the Ministry of Intelligence at their ‘Facility 100’ interrogation unit, and then taken to the high-security block at Adelabad prison, and then moved to the prisoner of conscience block on May 5, 2021. was released on bail of 800 million tumans (156,000 euros ; $US 190,000) on May 8 this year.

Baha’i cemetery vandalized in the village of Kata

Hrana / Sens Daily (09.09.2021) – https://cutt.ly/YEVrP5X – Buildings in the Baha’i cemetery in the village of Kata, Dana County, Kohgiluyeh and Boyer-Ahmad Province, have been vandalized. A video obtained by HRANA shows that the walls, bathroom and toilet were extensively damaged overnight. It is not clear from the video whether machinery was used to knock down the walls, or what has happened to the roof, if there was a roof. It seems likely that the building was under construction.

Hrana / Sens Daily (04.09.2021) – https://cutt.ly/iEVyCz4On – Wednesday, September 1, Arsalan Yazdani, a Baha’i living in Tehran, was arrested by security agents in a raid on the family home. His wife Samira Ebraahimi has recounted the events of the raid, and disputed a report on social media that the agents were armed. It is not known which security agency conducted the raid, or where Mr. Yazdani is being held. The full story in english on Iran Wire. The Persian report is here.

MEC (22.09.2021) – Iranian Christians are thankful that Morteza Mashhoudkari and Ahmad Sarparast have been released from prison, but concerns remain for their friend Ayoub Poor-Rezazade whose location is still unknown.

Morteza (38), Ayoub (28) and Ahmad (25) were arrested in Rasht on 5 September and taken to security offices for interrogation. On 18 September Morteza and Ahmad were transferred to Lakan Prison in Rasht. Iranian intelligence informed Ayoub’s family that he had also been taken to the same prison, but Morteza and Ahmad said that Ayoub was not there. His present location is still unknown to Ayoub’s family and friends.

On 21 September Morteza and Ahmad were granted release on 400 million tomans bail (about US$ 15000). Charges against them are not clear at this point, but in court the recently amended penal code Articles 499 and 500 were mentioned.

Article 499 imposes prison sentences and fines for insulting “divine religions or Islamic schools of thought recognized under the Constitutions with the intent to cause violence or tensions in the society.” Article 500 penalizes those who conduct “any deviant educational or proselytizing activity that contradicts or interferes with the sacred law of Islam.”

MEC (13.09.2021) – Iranian Christians request prayer for Milad Gourdazi who has to present himself by September 21 to start serving his prison sentence.

On 11 November 2020, Iranian intelligence agents raided the homes of Milad Gourdazi, Amin Khaki and Alireza Nourmohammadi, as well as the homes of several other converts, confiscating Bibles, cell phones and computers. No-one was arrested at that time, but the converts continued to face harassment and were ordered to abstain from Christian activities – which they refused to do.

Following a hearing in Karaj Revolutionary Court in June, Amin, Milad and Alireza were each handed down the maximum five-year prison sentence under the recently amended Article 500 of the penal code for “propaganda that educates in a deviant way contrary to the holy religion of Islam” and fined 40 million tomans (approx. US$1600).

At an appeal hearing on 25 August, the convictions were upheld, but the prison sentences reduced to three years each.

Milad is the first of the three to receive a prison summons, but it is assumed that Amin and Alireza will shortly be summoned as well.

New arrests and threats as pressure increases on Rasht Christians

Article 18 (06.09.2021) – Three Christian converts were arrested last night in the northern city of Rasht, in the latest blow to the beleaguered Christian community there.

Ahmad Sarparast, Morteza Mashoodkari, and Ayoob Poor-Rezazadeh were arrested at around 10pm – two at a house-church meeting, and another at his home – and are now being held in an unknown location.

Iranian Christian among prisoners to be ‘adopted’ by UK parliamentarians

Article 18 (01.09.21) – Iranian Christian Nasser Navard Gol-Tapeh will be one of the first four prisoners of conscience to be “adopted” by UK parliamentarians as part of a new initiative to highlight abuses of religious freedom around the world.

Nasser and the three others – Vietnamese Buddhist Nguyễn Bắc Truyển, Nigerian Christian Leah Sharibu, and Nigerian humanist Mubarak Bala – will be adopted by members of the All-Party Parliamentary Group on Freedom of Religion or Belief, who will advocate on their behalf.