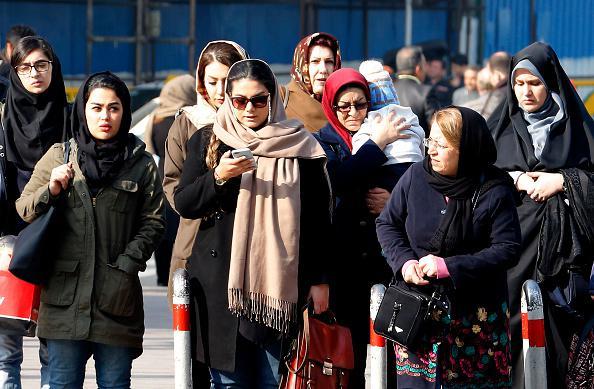 On November 1, 2021, Iran’s Guardian Council approved the “rejuvenation of the population and support of family” bill, which outlaws sterilization and free distribution of contraceptives in the public health care system unless a pregnancy threatens a woman’s health. The bill, which adds to existing limits on access to contraception and abortion, will remain in effect for seven years. The bill, first approved by Parliament on March 16, is set to become law when it is signed and published in the official gazette, which is expected within the next month.

“Iranian legislators are avoiding addressing Iranians’ many serious problems, including government incompetence, corruption, and repression, and instead are attacking women’s fundamental rights,” said Tara Sepehri Far, senior Iran researcher at Human Rights Watch. “The population growth law blatantly undermines the rights, dignity, and health of half of the country’s population, denying them access to essential reproductive health care and information.”

Over the past decade Iran has shifted its population planning from providing family planning and access to contraception, once seen as a success story by international organizations, to increasing population growth by undermining women’s access to sexual and reproductive health care. As a result of this new governmental demographic goal, several pieces of legislation have been proposed that discriminate against women to reinforce the concept of women’s primary role as mothers in charge of child-rearing.

The bill provides various benefits to people with children, including increased employment benefits for pregnant women and those who breastfeed. It prohibits firing or transferring a working woman during pregnancy against her will. But it does not address the lack of anti-discrimination provisions in hiring practices, which can keep women out of the workforce.

Several articles further limit already restricted access to safe abortion. Article 56 mandates the Health Ministry to establish a committee that includes doctors, Islamic jurists, and representatives of the judiciary and the parliamentary health committee to draft new regulations for abortion that could lead to further restrictions. Under the current law, abortion can be legally performed during the first four months of pregnancy if three doctors agree that a pregnancy threatens a woman’s life or the fetus has severe physical or mental disabilities that would create extreme hardship for the mother.

Similarly, article 59 mandates the Intelligence Ministry and other security agencies to identify and refer to judicial authorities cases of “illegal sale of abortion drugs, illegal abortion, websites gathering the list of abortion centers, those participating in illegal abortion, and medical advice outside the permission criteria for abortion, and elements advocating for illegal abortion.” Human Rights Watch has documented how frequently vaguely defined laws in Iran lead to prosecution of people for legitimate exercise of their rights, including free expression.

Article 17 includes several benefits for women, including nine months of fully paid maternity leave in all sectors, an option for working from home for up to four months during pregnancy, and an option to take leave for medical appointments for women with children under age 7. While the bill prohibits firing pregnant women and those who breastfeed, the law fails to prohibit discrimination in hiring and promoting employees. Human Right Watch research in 2017 showed that the absence of a comprehensive legal framework in this area allows public and private sector employers to openly adopt discriminatory hiring practices against women.

The bill prohibits production of cultural material against the country’s population policies and mandates Iran’s state broadcasting agency to produce programs encouraging women to have children and denouncing decisions to remain single, have fewer children, or have abortions.

It also mandates the Education and Science Ministries to produce education material on those topics, and to invest in research on the benefits of increased childbearing and harm caused by contraceptives and abortion. The ministries are also tasked with increasing education majors at universities “consistent with women’s role in the Islamic-Iranian culture including managing family and the house.”

Denial of access to safe, legal abortion puts the lives and health of women and girls at risk. Human Rights Watch has documented in countries around the world how criminalizing abortion and restricting access to contraceptives lead to more unsafe practices that endanger lives, and, in particular, affect women from marginalized backgrounds and survivors of rape and domestic and sexual violence. According to the World Health Organization, the rate of unsafe abortions is four times higher in countries with restrictive abortion laws than in countries where abortion is legal.

“This new law poses a serious risk to women’s health and lives and will have long-lasting harm,” Sepehri Far said. “Expecting to achieve population growth by restricting the right to health and privacy is a delusional understanding of policymaking and one that will only lead to rights abuses.