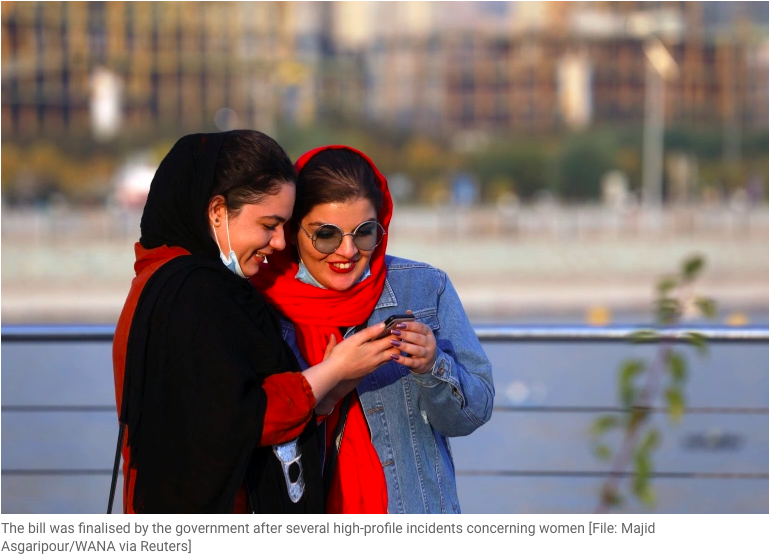 Masoumeh Ebtekar, vice president for women and family affairs, dedicated the move to ‘worthy and patient Iranian women’ in a tweet.

Al Jazeera (04.01.2021) – https://bit.ly/35dPcqk – The government of Iran’s President Hassan Rouhani has approved a longstanding bill that aims to better protect women against domestic and other forms of violence.

In a meeting on Sunday evening, cabinet ministers greenlit the draft bill, called Protection, Dignity and Security of Women Against Violence, which has been in the works since the administration of former President Mahmoud Ahmadinejad.

The bill must now be reviewed and approved by the parliament, after which it will be sent to the powerful constitutional vetting body called the Guardian Council, consisting of jurists and religious experts.

The most senior woman in Rouhani’s outgoing government hailed the move, which she said was the result of hundreds of hours of work by tens of legal experts, judges, executives and officials.

Masoumeh Ebtekar, vice president for women and family affairs, dedicated the 58-article bill to “worthy and patient Iranian women” in a tweet.

The legislation completed its lengthy process of review by the judiciary in September 2019.

It defines violence as “any behavior inflicted on women due to sexuality, vulnerable position or type of relationship, and inflicts harm to their body, psyche, personality and dignity, or restricts or deprives them of legal rights and freedoms”.

It obligates the judiciary to create offices to support victims of violence and hold educational courses for judges and other judiciary staff.

The bill also envisages the formation of a fund by the judiciary to support victims of violence and help imprisoned women, among other things.

The state broadcaster is also directed by the legislation to produce more programmes that promote the support of women and the prevention of violence against them as family values.

Moreover, the bill sees a role for the ministry of education in holding educational courses for students, teachers and parents, and in better identifying vulnerable students.

The ministry of health, on the other hand, is tasked by the draft bill to boost its medical and psychological services to women and train experts in handling women who have fallen victim to violence.

Law enforcement and prison organisations are among other entities that will have to increase their efforts as part of the vision laid out in the legislation.

In a report published last month, rights group Human Rights Watch said the bill had several positive provisions, including those that engaged different parts of the government and other entities in women’s issues.

But the New York-based organisation said the bill “falls short of international standards” as it does not criminalise some forms of gender-based violence, including marital rape and child marriage.

The bill was finalised by the government after several high-profile incidents concerning women that took centre stage nationally during the past year.

In late May 2020, a 14-year-old girl called Romina Ashrafi was gruesomely beheaded by her father in an apparent case of “honour-killing”. The father was given a nine-year jail sentence.

In September, decades-old sexual traumas were unearthed as Iranian women launched their own version of the global #MeToo movement on social media.

The movement implicated several high-profile artists and one major company, and led to at least one arrest.