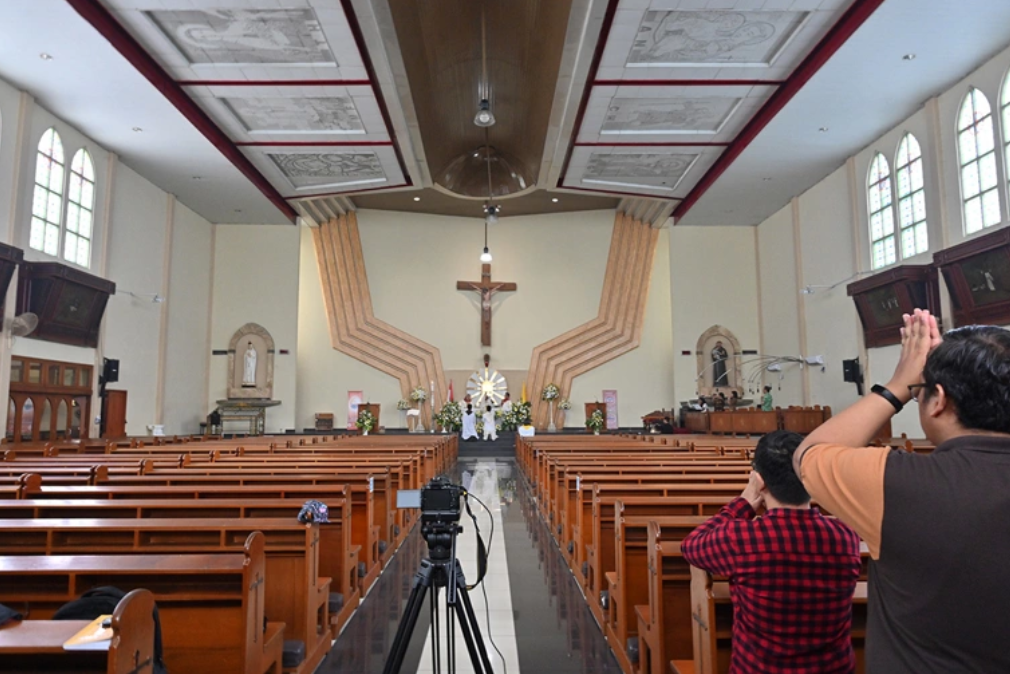 The Christian Post (30.08.2021) – https://bit.ly/3DxP2K3 – Police in the Muslim-majority country of Indonesia arrested a Muslim cleric for allegedly blaspheming against Christianity by calling the Bible fictitious and false in one of his sermons.

Police arrested Muhammad Yahya Waloni, a former Protestant who became a Muslim in 2006 and later an imam, from his home in the national capital of Jakarta on Thursday, UCA News reported.

The arrest on charges of blasphemy and hate speech came in response to a complaint filed by a civil group, which was not identified, in April.

“Investigations are still ongoing,” police spokesman Brig. Gen. Rusdi Hartono was quoted as saying. “It will be explained in more detail later, we are waiting for data from the Criminal Investigation Department.”

“All are equal before the law. Therefore, there must be fair treatment in all cases, including blasphemy and hate speech,” he said.

However, Christians complain that law enforcement doesn’t treat accused from the majority community the same way they deal with members of religious minorities, including Christians.

“In cases of blasphemy, police and law enforcement officials must be fair instead of siding with a certain group. Christians have been arrested and brought to court in blasphemy cases, while those insulting Christianity or other religions have been left alone,” Philip Situmorang, spokesman of the Communion of Churches in Indonesia, said in a statement.

Three days earlier, a Muslim convert to Christianity, identified as Muhammad Kace, was arrested in Bali on charges of blasphemy. He allegedly uploaded videos on YouTube saying  that the Islamic prophet Muhammad was “surrounded by devils and liars.”

The Southeast Asian country is home to the world’s largest Muslim population. Its Constitution is based on the doctrine of Pancasila — five principles upholding the nation’s belief in the one and only God and social justice, humanity, unity and democracy for all.

However, there are many extremist groups in Indonesia that oppose Pancasila.

Churches often face opposition from local groups that typically question the authenticity of the signatures by area residents — a requirement as per law — to obstruct the construction of non-Muslim houses of worship.

The Human Rights Watch previously said that more than 1,000 churches in the archipelago had been closed due to pressure from such groups.

Indonesia is ranked No. 47 on Open Doors USA’s World Watch List of countries where Christians face the most extreme levels of persecution.

Photo: Members of the clergy conduct Easter mass in an empty church and streamed online as part of social distancing measures amidst the COVID-19 coronavirus pandemic in Jakarta on April 12, 2020. | ADEK BERRY/AFP via Getty Images

Further reading about FORB in Indonesia on HRWF website