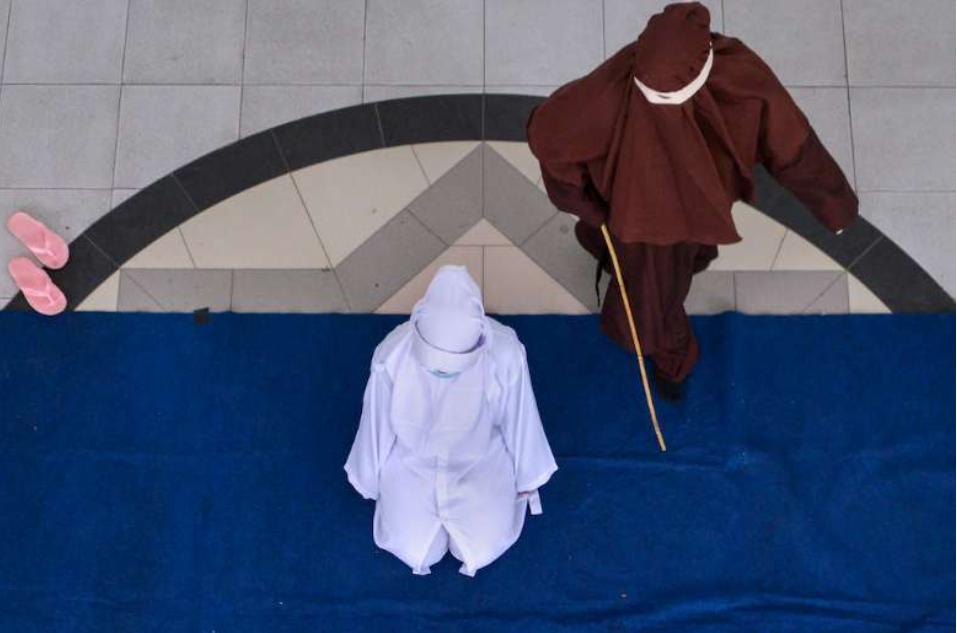 UCA News (13.08.2021) – https://bit.ly/2Xsc1FO – Indonesia turns 76 this month. Yet the fruits of independence have not been felt entirely by minority groups in many parts of the country.

Thousands of Christians and other religious minority groups remain ostracized and do not feel that the state is there to protect them against harassment.

In Aceh, a semi-autonomous region on the northern tip of Sumatra, Christians are under constant pressure.

Government data shows that the province has 5.3 million people, of whom more than 98 percent are Muslim. Christians only number about 53,000 or roughly 1 percent. They are mostly Protestants, with a small number of Catholics.

A region that completely operates under Islamic Sharia law leaves very little room — in most parts no room at all — for Christians to exercise their faith.

According to Radio Veritas Asia, most districts in Aceh are dominated by Muslims, except in Southeast Aceh district where more than 100 churches serve about 20,000 Christians. On the other hand, in Singkil district, where about 10,000 Christians live, the local government has allowed only one church and four chapels.

In the past seven years, at least 30 churches including Catholic ones have been demolished in Aceh, while permits for new ones are constantly rejected

The province has a special law or Qanun on building a house of worship, which stipulates that the establishment of a church requires the signature of at least 120 local Muslims. It bypasses the national joint ministerial decree that requires only at least 60 signatures of local Muslims.

This has forced Christians and other minority groups to lie low or face the threat of church attacks.

The worst attacks on Christians and churches in Aceh Singkil occurred in October 2015 when a church was burned and 20 others were demolished. One person died and four people were injured, while 2,000 Christians fled to neighboring North Sumatra.

The attack was triggered by a disagreement over the existence of these churches. Local authorities claimed the Christians had violated the “one church only” agreement. The rest were illegal, hence they had to be demolished.

Photo: A woman is publicly caned in Banda Aceh on July 8 as punishment under Aceh province’s Sharia laws for being caught in close proximity to her boyfriend. (Photo: AFP)

Further reading about FORB in Indonesia on HRWF website