INDIA/PAKISTAN: In South Asia, coronavirus and poverty are forcing girls as young as 8 into marriage 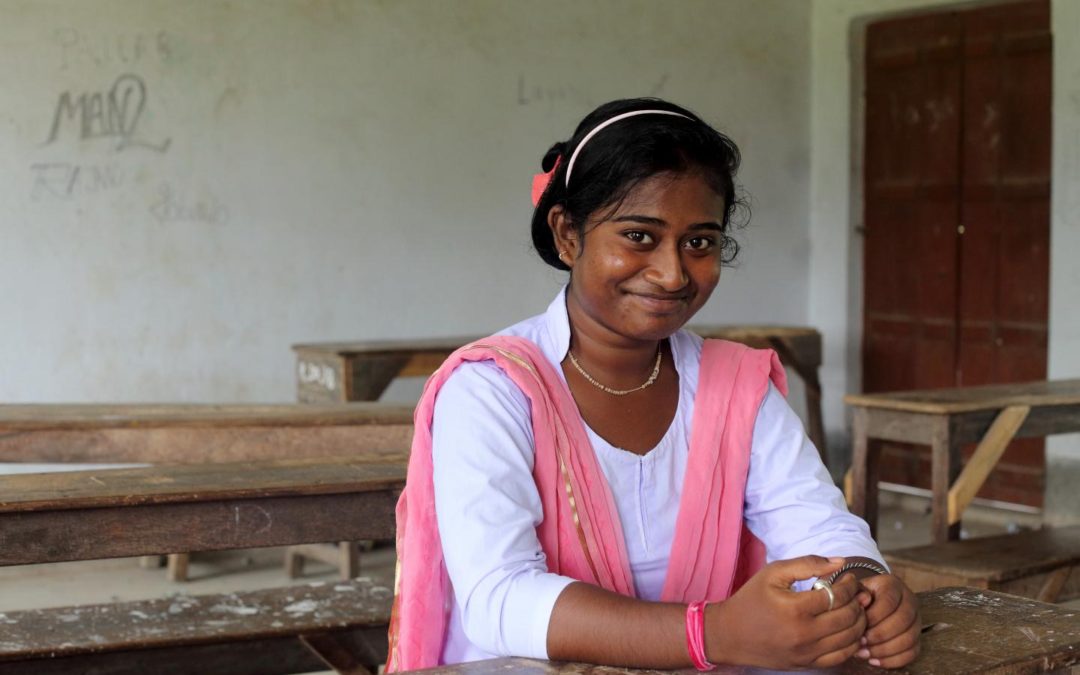 Forced marriage has long been a problem in India and Pakistan, but the pandemic has made things worse by forcing millions out of work

Girls are seen by some as a financial burden from the moment they menstruate. For desperate families, marrying them off seems an easy option

Soniasarkar26 (18.03.2021) – https://bit.ly/3dfUqql – Young girls in India and Pakistan dream of an escape from marriages motivated by economic considerations. This story is part of a series on women’s issues in China and Asia to coincide with International Women’s Day.

For Manju*, 17, of Hansiyawas village in the northern Indian state of Rajasthan, stopping her 20-year-old married sister, Babli*, from staying with her husband is the best way to prevent her own marriage.

Babli was married when she was 8 but the “gauna” – when the bride is sent to live with her husband’s family and become sexually active – is yet to take place.

“Soon after my sister goes to her husband’s house, my parents will make sure I get married,” said Manju, a Class 12 student who got engaged when she was barely 12.Their father, who used to earn about 15,000 Indian rupees (US$205) per month by cooking in weddings, was left with no work after the Covid-19 lockdown was announced in March last year. The family had to exhaust its savings of 50,000 rupees and sell milk just to survive.

During the lockdown, Manju’s parents discussed her marriage, but they didn’t have enough cash. When her father finally started earning again in January, a wedding season, the pressure to get married mounted.

Manju couldn’t attend online classes during lockdown because she doesn’t have a smartphone, but she went back to school in January.

“I have been telling my parents that I want to continue my studies and become a police officer,” said Manju, who also has three younger siblings.

“Once I become a police officer, I will break my engagement,” she said.

Pintu Paul, a researcher on child marriage at Jawaharlal Nehru University’s Centre for the Study of Regional Development, said forced marriage was a persistent issue in India, but the pandemic had aggravated the problem as millions lost their jobs.

“Poor families marry their daughters off to reduce the economic burden on the family,” Paul said, noting that daughters were most likely to be taken out of school.

In India, the minimum legal age of marriage is 18 for girls and 21 for boys. According to 2018 Unicef data, about 27 per cent girls in India get married before they turn 18.

Parents caught trying to marry off their underage children face can be fined up to 100,000 Indian rupees and imprisoned for two years.

In most regions of Pakistan, the minimum legal age of marriage is 16 for girls and 18 for boys.

Qamar Naseem, coordinator of the non-profit group Blue Veins, which operates in northwest Pakistan, said the incident showed the lack of political will in the country to curb child marriages and violence against women.

Naseem said many Pakistani men who had returned from the Gulf after losing their jobs during the pandemic had married minors.

Naseem said poor families in Pakistan often saw women as a burden once they started menstruating, and these tensions had grown during the lockdown. “Marrying them off appeared to be an easier option,” Naseem said.

Hadiqa Bashir, 19, who has spent the past seven years fighting against early forced marriages in Pakistan’s Swat Valley, once a bastion of Taliban militants, said she had encountered more than 30 forced marriages involving young girls during the Covid-19 lockdown.Bashir, who founded the non-profit group United for Human Rights, said “there was a case of an eight-year-old girl being forced to get married to a 35-year-old man because her daily wager father did not have enough money for survival”.

*Names have been changed to protect identities