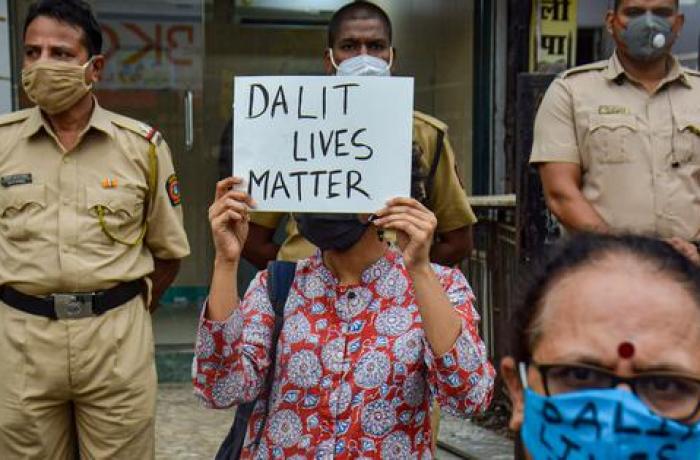 Open Doors (07.01.2021) – Christians across India are living in constant fear as a systematic campaign of violent harassment, rape, and murder is waged against them. This is the finding of a shocking new report from the London School of Economics, commissioned by the Christian NGO Open Doors.

Destructive Lies – Disinformation, speech that incites violence and discrimination against religious minorities in Indiadescribes the extreme persecution Christians and Muslims are facing at the hands of violent vigilante mobs of Hindu nationalists. An executive summary is available here.

According to the report, the attacks and persecution are ignored, and even condoned by state actors – including state and regional government, police, and media – to keep in favour with India’s powerful Hindutva organisations.

A series of disturbing case studies are laid out in the report, including Sunita Verma**, who gave birth to a still-born baby after a Hindutva mob violently kicked her in the stomach, Ravi, a local labourer, entrapped and beaten by a mob and left to die in a cell by police, and the details of a mass attack on a Muslim village by a 6,000 strong mob, committing arson and driving many from their homes permanently.

According to one of the report’s authors, who have asked not to be named: “The extent to which … state actors are complicit in the violence is shocking; it was there even at the ground level. The bureaucrats, the police, the lower court judges, all of them are …openly colluding to harass these minorities. And politicians, top religious leaders and powerful media owners [are giving] very overt signals that this [behaviour] is desirable.”

During the current Covid-19 crisis, for example, Christians and Muslims have been targeted in concerted campaigns of misinformation, including claims that they are deliberately trying to spread the virus and infect Hindus through their acts of worship.

The research was conducted in February and March 2021 by an LSE research team based in India. The data was collected in localities where there had been reported incidents of anti-Christian or anti-Muslim violence. Further findings of the report include how attacks are filmed and posted on social media, how police and local legal infrastructures refuse to acknowledge any of the crimes committed or press charges and how state-level anti-conversion laws are encouraging violence and persecution.

The report makes a series of urgent recommendations, including an international fact-finding commission to record levels of violence and human rights violations against religious minorities. Meanwhile social media corporations are urged to take a series of immediate measures, including more moderators to address local issues of discrimination, harassment, and violence and immediate suspension of accounts spreading such materials.

** Names have been altered for safety reasons.