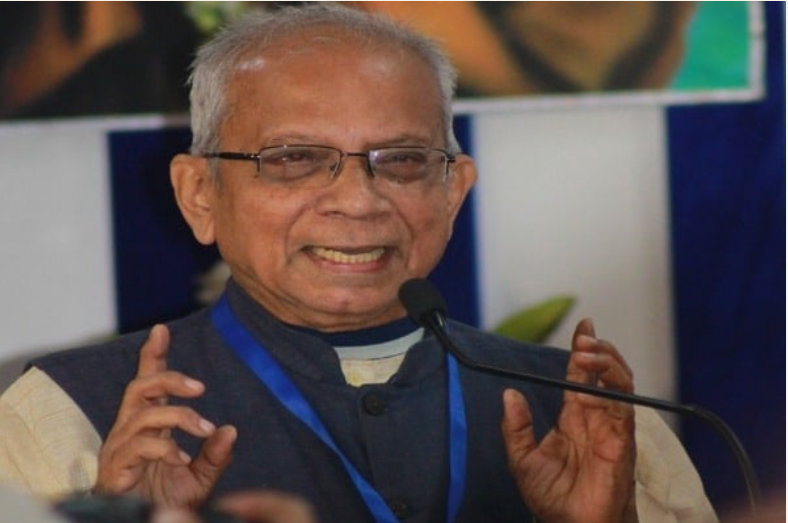 Aid to the Church in Need (10.05.2021) – https://bit.ly/3eGFXEd – CATHOLIC CHURCH LEADERS IN INDIA have opposed an anti-conversion law passed by Gujarat state, saying it goes against the Indian Constitution which allows citizens to profess, practice and propagate a religion of their choice. Opponents want the western Indian state government to abrogate the Gujarat Freedom of Religion Act 2021, which was passed on April 1.

Jesuit Father Cedric Prakash, a well-known human rights activist based in Ahmedabad, Gujarat’s commercial hub, said under the new “draconian” law even “a blessing given in good faith to a person from different religion can be construed as an attempt to religious conversion.” Gujarat had already enacted an anti-conversion in 2003; the new act is its amended form and includes stringent provisions for up to 10 years jail and a fine of up to 500,000 Indian rupees ($6750), Prakash told Aid to the Church in Need (ACN).

The nationalist Bharatiya Janata Party (BJP, Indian People’s Party) that now rules the state amended the law for the purpose of checking the “love jihad,” mostly to target Muslim youths who allegedly feign love to marry girls from other religions and convert them to Islam.

According to Prakash, the new law targets both Christians and Muslims. “Other religions in the country are considered part of Hinduism, India’s main religion.” The Hindu nationalists oppose Christianity and Islam because of their foreign origin and target their followers, accusing them of promoting religious conversion or eating beef, among other things.

“A mere divine blessing or a suggestion for a better lifestyle can be termed as violation of the new law, making the life of a Christian or Muslim miserable in their country where freedom of religion is paramount,” said the Jesuit.

The new law does not allow a Christian or Muslim man to marry a girl from another religion. Such marriages would be treated as illegal under the charge that the marriage was performed for converting the woman to the religion of the man, the priest explained.

Meanwhile, the Supreme Court of India, the top court in the country, declared on April 9 that “people are free to choose their religion and have the right under the Constitution to profess, practice and propagate” that religion.

The top court also asserted that individuals 18 and over are free to their religion, asking the petitioner to withdraw a petition containing a demand for the court to direct the federal government to pass a national law to check religion conversion.

The court’s ruling has had no impact on the Gujarat government, which vehemently opposes any demand for the law’s repeal. That law also provides for punishments of priests who preside over conversion ceremonies.

“In case someone wants to convert, he or she must notify the designated government officer who, after conducting a probe, would have to permit the conversion.  Failing that, the conversion would be considered a crime,” Father Prakash said, asking: “As religion is a very personal and individual issue, how can a state interfere with it?”

Since the state government remains adamant about enforcing the new law, a group of social activists under the Citizens for Justice and Peace banner has challenged the law before the Supreme Court. The same petition has also challenged similar laws in three other states— Madhya Pradesh, Uttar Pradesh and Himachal Pradesh—all BJP-ruled states, said Father Prakash, one of the petitioners.

The new anti-conversion laws in these states, Father Prakash charged, “are a real threat to minorities, especially Christians and Muslims.” Christians form 2.3 percent and Muslims 14.2 percent of India’s population of 1.37 billion people.

Photo: Father Cedric Prakash – Aid to the Church in Need