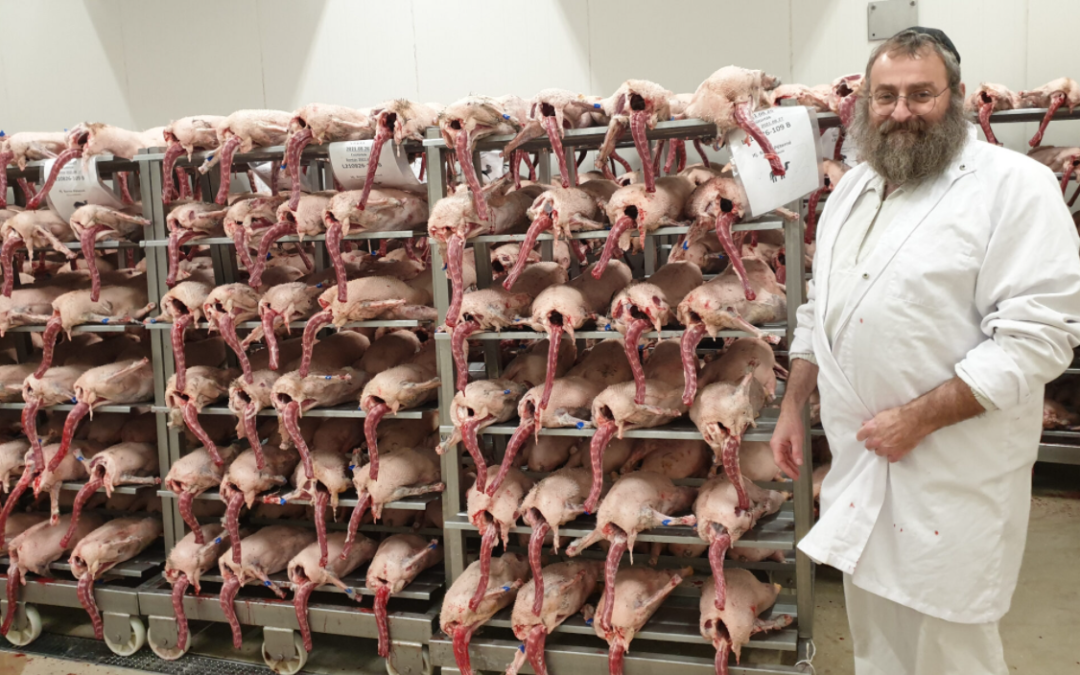 JTA (27.10.2021) – https://bit.ly/3jPkmvL – The highest court in Greece has ruled against allowing ritual slaughter, fulfilling fears that some Jewish leaders voiced last year after the European Union’s top court ruled in support of such bans.

Last December, the EU’s highest court upheld the bans imposed in regions of Belgium against slaughtering animals for meat without stunning them first. The ruling meant that slaughter in accordance with Jewish law, which requires animals be conscious when their necks are cut, would be prohibited in those regions, as it is in some other parts of Europe.

Greece’s top court did not cite that ruling in its decision Tuesday on a petition filed by the Panhellenic Animal Welfare and Environmental Federation, according to the Greek news site Protothema. But Jewish watchdogs who have been monitoring bans on ritual slaughter across the European continent said the connection was undeniable.

“We warned in December about the downstream consequences that the European Court of Justice ruling carried with it, and now we see the outcome,” said Rabbi Menachem Margolin, chairman of the European Jewish Association. “Jewish freedom of religion is under direct attack. It started in Belgium, moved to Poland and Cyprus and now it is Greece’s turn.”

In 2011, the Netherlands briefly joined several EU countries where ritual slaughter is illegal, including Denmark, Sweden, Finland, Estonia and Slovenia. The Dutch Senate reversed the ban in 2012, citing freedom of worship. Poland also outlawed the practice in 2013 but has since scaled back the ban to include only meat for export.

The bans on kosher slaughter, or shechitah, are part of a struggle across Europe between animal welfare activists and Muslim and Jewish community representatives. In recent years, anti-immigration activists and politicians who are unhappy about the immigration of Muslims in Europe have joined the debate A similar fight is unfolding around nonmedical circumcision of boys, or brit milah in Jewish tradition.

The Greek court said there should be ways to meet the demands of animal rights advocates and the needs of Jews and Muslims who follow the laws about food in their traditions.

“The government should regulate the issue of slaughtering animals in the context of worship in such a way as to ensure both the protection of animals from any inconvenience during slaughter and the religious freedom of religious Muslims and Jews living in Greece,” the court said, according to Protothema.

Further reading about FORB in Greece on HRWF website