FRANCE: More money to MIVILUDES: The French “mind police” is back 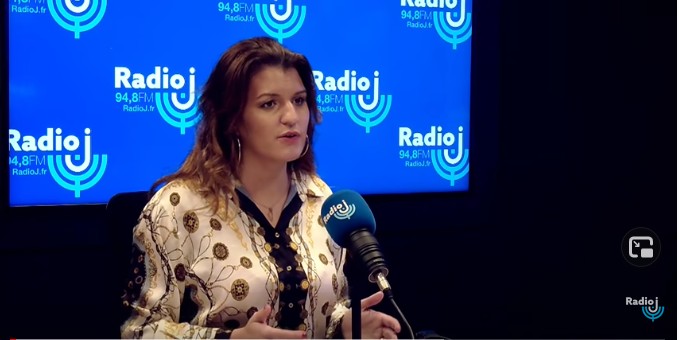 The governmental anti-cult mission that his former member, sociologist Olivier Bobineau, denounced as a “police des esprits” will receive € 1 million per year.

Bitter Winter (19.04.2021) – https://bit.ly/3sxIpAE – On April 9, 2021, the French Minister Delegate for Citizenship at the Ministry of Interior, Marlène Schiappa, was interviewed by France Info. She announced that MIVILUDES, the Inter-ministerial mission for monitoring and combating cultic deviances (dérives sectaires), which is now part of the Ministry of the Interior, will experience a revival of sort.

After MIVILUDES’ gradual disappearance during the last few years, especially since 2015, when priority was given to combating Islamist terrorism, Schiappa has now decided to multiply its present budget by ten, to reach euro 1 million per year.

This announcement followed the publication of a report by MIVILUDES in February 2021, and the issuance of new Circular on the French anti-cult policy in March.

The report contains mainly generalities on the fight against cultic deviances, as the Mission did not want to cite specific names or groups, either due to pending judiciary procedures or to avoid being accused of stigmatization.

However, an inventory of the “new trends of cultic deviances” was attached to the report. Although the report mentions that only 25% of the complaints it received in 2019 were connected with religious beliefs, the inventory contains a section on “Religious Movements,” where the Jehovah’s Witnesses are accused of having taken advantage of the health crisis linked to Covid-19 to carry out “abusive proselytism” amongst the French population, through mails and emails.

It also mentions that new Evangelical Churches allegedly advocate “values contrary to those of the French Republic,” including the demonization of homosexuality.

A new Circular to increase repression based on denunciations

On March 2, 2021, Schiappa, issued a new Circular to all police high officers on the French “policy to combat cultic deviance.”

It gives instruction for the detection of “high risk situations,” based on reports received from “persons linked to those subjected to the undue influence of cultic groups, or in the process of being subjected to it, who might be worried and report their concerns: family, neighbors, friends, teachers or colleagues, health professionals, social, cultural, sport or leisure workers, etc.”

The purpose of “reporting” on someone is, according to the Minister, to “allow if needed for his/her protection and that of society.” Schiappa states that “the rules of professional secrecy are not systematically incompatible with reporting a situation identified as problematic.”

According to her, this policy based on denunciations is part of the “fight against all forms of separatism.”

Cultic deviances are then considered as dangerous as the other forms of separatism, including “Islamist” extremism, that the new law currently being voted by the Parliament is intended to counter.

This is why she recommends applying against “cults” Article 212-1 of the Internal Security Code, which allows for the dissolution of armed groups and militias by the Executive.

This Article has been amended in the new Law proposal to allow for dissolution of groups inciting hatred or discrimination based on gender or sexual orientation. As the Evangelicals are accused of homophobia by MIVILUDES, this article may become applicable to them.

The Circular also gives instructions to systematically refer to the Prosecutors reported cases of “mere suspicion of deviant practices.”

It recommends using MIVILUDES’ files (consisting of denunciations and derogatory press articles) to “enrich the reports sent to the judicial authorities.”

Not only does this interference of the Executive (MIVILUDES) on the Judiciary infringe fundamental rights, creates an imbalance between the prosecution and the defense, and violates the principle of presumption of innocence, but the instruction to prosecute “mere suspicions” of “cultic deviances” raises a serious problem, due to the vagueness and the arbitrary nature of this notion.

A “cultic deviance” is defined in the Circular as an action which may “undermine one’s freedom of thought, opinion, or religion, infringing on public order, laws and regulations, fundamental rights, or the security or integrity of the individual.” All this constitutes “undue influence.”

A “cultic deviance,” according to the MIVILUDES, is characterized by the implementation by an organized group or a single individual, whatever their nature or activity, of “pressures or techniques designed at creating, maintaining or exploiting a state of psychological or physical subjection, by depriving the individuals of part of their free will, with prejudicial consequences for them, their relatives, or society.”

Under this definition, any religious minority deemed to have “deviant” beliefs can be accused of undue influence, and of creating a state of psychological subjection. New followers can be deemed to have lost their free will when they adhere to these beliefs.

The notion of the loss of free will for adults with full mental capacity who have chosen beliefs that are “not politically correct” contradicts the basic fundaments of civil law. It amounts to an invalidation of a choice freely made on religious or spiritual matters.

Considering that followers have lost their own free will also open the door to the criminalization of proselytism. To this end, Annex 2 to the Circular gives a list of criteria for reporting to the Prosecutor, amongst which is “Proselytism: the method of recruitment of followers, the time invested, the specific targeting, infiltration, the use of a website.”

Proselytism by the Jehovah’s Witnesses can then be labeled as “abusive” by MIVILUDES since they consider that it constitutes “infiltration” (entrisme) and a “deviant practice.”

This approach constitutes a blatant violation of freedom of religion or belief protected by the Human Rights treaties France has committed to.

In its 1995 decision Kokkinakis v. Greece, the European Court of Human Rights did not find any violation when some Greek Jehovah’s Witnesses called on their neighbor to discuss religious issues with her since that act, in the Court’s view, fell under “bearing Christian witness,” and was therefore protected by article 9 of the European Convention on Human Rights.

MIVILUDES appears to play the role of a mind police, through its power to distinguish between “deviant” or “non-deviant” beliefs and practices.

Olivier Bobineau is a sociologist of religion and lecturer at the Catholic Institute of Paris and the Institute of Political Sciences (Sciences-Po). He resigned in 2005 from his position as scientific advisor at MIVILUDES and has been from January 2006 to January 2011 a scientific associate of the Director of the Central Office for Religious Affairs (Bureau Central des Cultes) at the Ministry of Interior.

Based on his experience at MIVILUDES, Bobineau is of the opinion that “MIVILUDES plays the role of an administrative mind police, which searches for scapegoats and stigmatizes certain groups.” In an interview he gave on 8 June 2009, he gave the following explanation:

“Reporter: Is there, according to you, a stigmatization of certain groups or movements?

MIVILUDES is the State arm for deciding what is deviant or not, and assigning the “cultic” label. But why would the ethos of churches advocating traditional marriage between a man and a woman be more deviant than the words of Minister Marlène Schiappa, when she stated to the public, referring to the prohibition of polygamy, that “three-partner sex” could still be practiced?

The enforced dogmatism of MIVILUDES constitutes an actual violation of the freedom of conscience and belief.

The revival of MIVILUDES represents a serious step backwards.

And the reintegration of Georges Fenech, former investigating judge and MIVILUDES President, who was known for his brutal raids with journalists into small harmless religious communities, out of any judicial mandate or procedure, is not a good signal for fundamental liberties in a country boasting to be the land of human rights.

Patricia Duval is an attorney and a member of the Paris Bar. She has a degree in public law from La Sorbonne University, and specializes in international human rights law. She has defended the rights of minorities of religion or belief in domestic and international for a, and before international institutions such as the European Court of Human Rights, the Council of Europe, the Organization for Security and Co-operation in Europe, the European Union, and the United Nations. She has also published numerous scholarly articles on freedom of religion or belief.