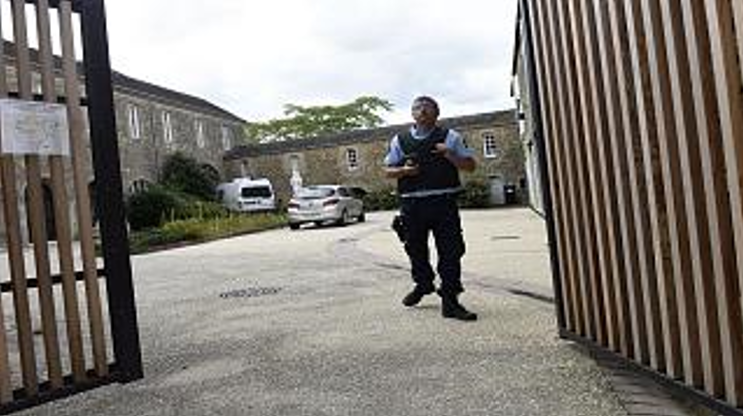 A Catholic priest murdered by suspected cathedral arsonist in Nantes

HRWF (10.08.2021) – French prosecutors opened an investigation into “voluntary manslaughter” after a Catholic priest, Fr Olivier Maire, was murdered in the western region of Vendée.

The priest, aged 61, was killed in the town of Saint-Laurent-sur-Sevre at the Montfort Missionaries (Company of Mary) where he lived and where the suspect had also been given shelter. He was the French provincial superior of the religious community and he had been hosting the suspect for “several months.

The suspect, Emmanuel Abayisenga (40), was already under investigation for setting a fire to the Cathedral of Nantes where he worked as a volunteer last year. He had then been placed in detention before being released under judicial supervision.

Abayisenga had been refused political asylum in France after living in the country since 2012.

He handed himself in to police after the murder. He was placed in a psychiatric institution.

President Macron, Prime Minister Castex and Minister of the Interior Darmanin expressed their support to the Catholics in France.

Far-right leader Marine Le Pen tweeted: “So in France, it’s possible to be an illegal immigrant, to set fire to the cathedral of Nantes, never to be expelled, and to re-offend by murdering a priest.”

Darmanin said the suspect was not deportable while he was still under judicial supervision and accused Le Pen of “arguing without knowing the facts.”

Who is the suspect?

Abayisenga met with Pope Francis on 11 November 2016 during an audience with socially excluded people in the Vatican, according to French Catholic media.

The event was organized by the French organization Fratello, as part of the Catholic Church’s year-long Jubilee of Mercy. Around 3,600 people attended, including many from France, Poland, and Rome.

According to La Croix, Abayisenga traveled to Rome with a group from Nantes.

Abayisenga is also prosecuted in an arson attack on the 15th century Cathedral of St. Peter and St Paul in Nantes on 18 July 2020. The cathedral had survived the French Revolution, WWII bombings and a devastating fire in 1972 which damaged the 17th-century organ and stained glass windows. The renovation was only completed in 2013.

More than 100 firefighters were deployed to combat the fire. See pictures here.

After the fire, the man was held in custody but released on bail on 31 May last under a number of release conditions such as reporting to the police twice a month and accepting a psychological treatment.

President Emmanuel Macron and Prime Minister Jean Castex then expressed their support to firefighters “who take great risk to save this gothic gem in the city of the Dukes”.

Photo: A French gendarme stands at the entrance of the place where a French catholic priest, aged 60, has been murdered in Saint-Laurent-sur-Sevres, Western France, on August 9, 2021   – Euronews