FINLAND: Päivi Räsänen: “I am ready to defend freedom of speech and of religion” 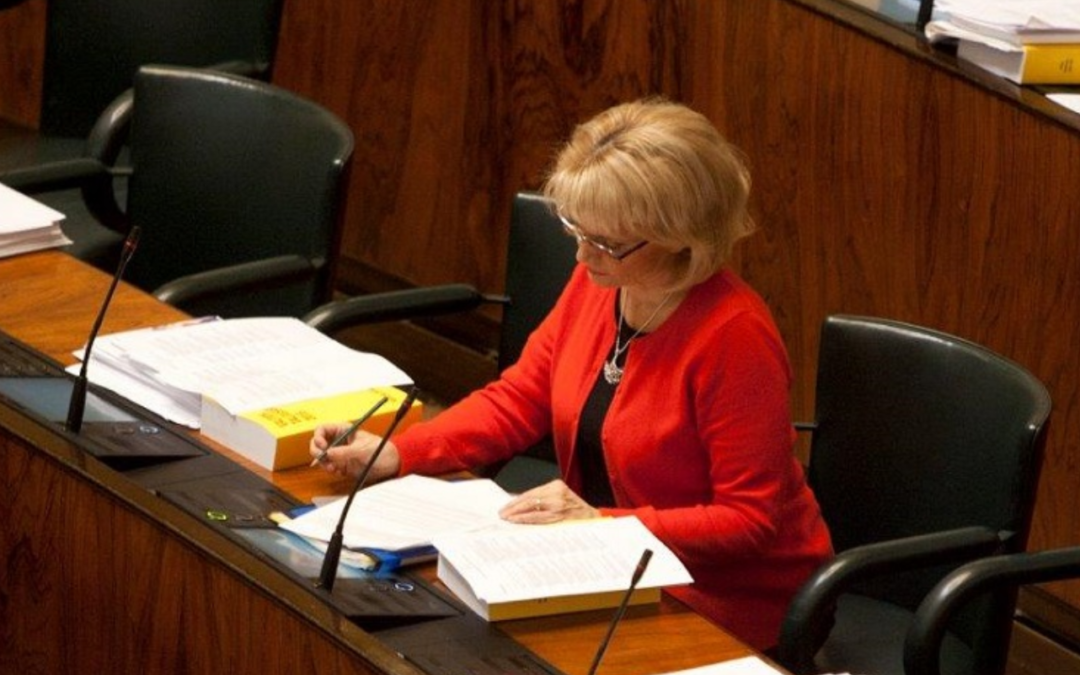 The Finnish Member of Parliament: “It did not even come to mind that my tweet or my opinions based on Christianity could be defamatory or insulting in any aspect”. “I will not step back from my conviction nor from my writings. I do not apologize for the writings of the Apostle Paul either”.

Evangelical Focus Europe ( 03.05.2021) – https://bit.ly/3vAYN5w – The Finnish politician Päivi Räsänen is “shocked” that formal charges have been filed against her for what the law describes as criminal agitation against minority groups.

“I do not see I would have in any way defamed homosexuals whose human dignity and human rights I have constantly said to respect and defend”, she expressed as she learnt that the Finnish Prosecutor General, Raija Toiviainen, had filed charges against her after closing a pre-trial investigation opened in 2019.

“In all these three cases” opened against her, “the question is about the Bible’s teaching about marriage and sexuality”, said the former Interior Minister (2011-2015). They all have to do “with whether it is allowed in Finland to express your conviction that is based on the traditional teaching of the Bible and Christian churches”.

The problem, the medical doctor and politician said, is “far greater than a sentence of a fine or an imprisonment”. The underlying issue, she said, is “a demand for censorship: an order to remove my social media postings or a ban on the publication of the pamphlet (…) This sort of judgement would open up an avenue leading to modern book burnings”.

The doubts of the police

In the last two years, Räsänen was interrogated by the Helsinki police in three occasions. The Christian politician says that these summons have shown that the case against her has weak foundations.

“It is noteworthy that with regard to the booklet case and the tv episode with Stiller, the police stated that there was no reason to suspect a crime”, she stressed.

“The pre-trial investigation should not have even been commenced according to their decision. The police stated in their decision: ‘If some of the views in the Bible were to be regarded as per se fulfilling the criteria of an agitation offense, the dissemination of or making the Bible available would in principle be punishable as an offense of agitation’. This has deeply to do with free speech and freedom of religion”.

The lawmaker goes further to say that “the offence of agitation requires intentionality. In our Criminal Code the concept of intentionality is placed as criteria regarding the purpose of the author and the fact that the author perceives the nature of the act as a culpable legal infringement”.

“In evaluating guilt, one must strive to genuinely understand the background and purpose of the author. As a Member of Parliament, I have been involved in the enactment of this precise amendment to our legislation. It did not even come to mind that my tweet or my opinions based on Christianity could be defamatory or insulting in any aspect”.

The teaching of the Bible

But for Räsänen, a committed Christian married to a Lutheran pastor, “the Bible’s teaching is very clear in the teaching that marriage is a union between man and wife and that practicing homosexuality is against God’s will”.

“The Apostle Paul’s teaching is not only about defending marriage between man and woman, but about how a human being is saved into eternal life. If the teachings of God’s word about sin are rejected, also the whole core of Christian faith is made empty; the precious sacrifice of Jesus on the cross for the sake of everyone’s sins and the way He opened into eternity”.

‘I trust Finland respects freedom of speech and of religion’

Following the line of previous words (such as this interview with Evangelical Focus in 2019), the politicians has said she is not worried about where the case could lead.

“I will go to the court with a peaceful and brave mind, trusting that Finland is a constitutional state where the freedoms of speech and religion, both of which are guaranteed in international agreements and in our constitution, are respected”.

“A conviction based on the Christian faith is more than a surficial opinion. The early Christians did not renounce their faith in lions’ caves, why should I then renounce my faith in a court room?”, she added.

“I will not step back from my conviction nor from my writings. I do not apologize for the writings of the Apostle Paul either. I am ready to defend freedom speech and religion as far as is necessary”.

Speaking up as a way of defending fundamental freedoms

Päivi Räsänen concluded by “encouraging others to use their freedom of speech and religion. This indictment shows that right now is the time to defend these foundational freedoms and rights”.

And she called everyone to remain peaceful: “The Prosecutor General has previously publicly told that she has, because of my cases, received inappropriate messages. I hope that no insulting messages are targeted against her”.