IRELAND: About the religious wording of oath of the office of the President 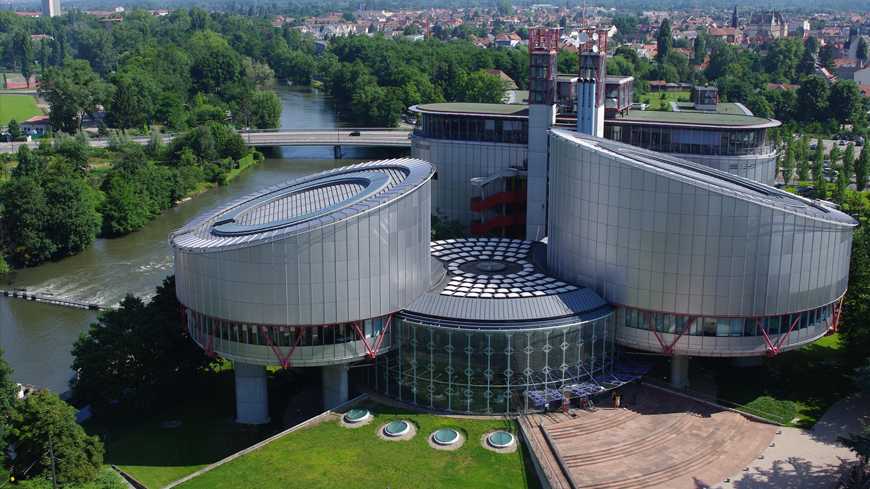 Religious wording of oath of office of the President of Ireland

The case concerned the religious language contained in the declarations required under the Irish Constitution (Bunreacht na hÉireann) for the office of President of Ireland (Uachtarán na hÉireann) and for members of the Council of State. The applicants complained under Article 9 that the requirement for a religious declaration breached their freedom of conscience and freedom of religion.

The Court, in declaring the applications inadmissible, found that the applicants had failed to provide reasonable and convincing evidence that they were at risk of being directly affected by these requirements and so could not claim to be victims of a violation of the Convention.

The applicants, Róisín Shortall, John Brady, Fergus Finlay, David McConnell and David Norris, are Irish nationals who were born between 1944 and 1973. They live in Dublin, apart from Mr Brady, who lives in Bray (Ireland).

The applicants are all Irish politicians and members of civil society. Ms. Shortall and Mr. Brady are members of Dáil Éireann (the lower house of the Irish parliament) and Mr. Norris is a member of Seanad Éireann (the upper house). Ms. Shortall is a leader of the Social Democrats, Mr. Brady is a member of Sinn Féin, Mr. Finlay is a member of the Labour Party and a prominent activist and political campaigner who sought his party’s nomination for the presidency unsuccessfully in the 2011 election. Mr. Norris is an independent senator who ran unsuccessfully for election to the Presidency in 2011. Mr. McConnell is a professor of genetics and a former president of the Humanist Society of Ireland, who has served on the boards of a hospital and a national newspaper.

The Irish Constitution provides for the President of Ireland to take precedence over all other persons, acting as head of state. The President is elected by a popular vote. Any Irish citizen over 35 is eligible for election, but under Article 12.4.2, in order to run for election, a candidate must be nominated by either twenty parliamentarians or four local authorities. The Constitution requires the President to enter into office by making a declaration including the following words: “In the presence of Almighty God… May God direct and sustain me.” The President is advised by a Council of State, composed of certain political and judicial office-holders, as well as seven members appointed at his or her “absolute discretion”. The Constitution requires all members of the Council of State to make a declaration which includes the following words: “In the presence of Almighty God…”. The requirement for a religious oath has been criticised by the United Nations Human Rights Committee. Several domestic bodies tasked with examining constitutional reform, including parliamentary committees and the Constitutional Convention, have criticised this language and proposed its removal, or the provision of a secular alternative.

Complaints, procedure and composition of the Court

The application was lodged with the European Court of Human Rights on 11 October 2018.

Relying on Article 9 (freedom of thought, conscience and religion) of the European Convention on Human Rights, each of the applicants claimed that, due to their political careers and prominence in public life, they could aspire to election to the Presidency or to be invited to serve on the Council of State, but that the religious elements of the declarations required under Articles 12.8 and 31.4 of the Constitution were contrary to their beliefs, and would either prevent them from taking up these offices or require them to make a religious declaration against their conscience.

The decision was given by a Chamber of seven judges, composed as follows:

Decision of the Court

The Court had previously accepted that applicants might be potential victims in certain circumstances. But in order to claim to be a potential victim, an applicant had to produce reasonable and convincing evidence of the likelihood that a violation affecting them personally would occur; mere suspicion or conjecture was insufficient.

As to the declaration required for members of the Council of State, in order for any of the applicants to show they were directly affected, it would be necessary for him or her to show that appointment to the Council was a realistic possibility. None of the applicants had been invited to serve or had claimed that such an appointment was under consideration. Mr. Finlay and Mr. Norris had made no submissions on this question. The remaining applicants had suggested that their current or future experience qualified them for service. However, given the entirely discretionary nature of such appointments, the Court considered their claims speculative. It followed that none of the applicants had produced reasonable and convincing evidence of the likelihood that a violation affecting any of them personally would occur as a result of this requirement.

As to the Presidency, the Court considered that the class of persons who could claim to be victims of a requirement applicable only upon election to the highest office in the State had necessarily to be much narrower than other cases where the Court had accepted a broad class of potential victims (for example in Open Door and Dublin Well Woman v. Ireland). Mr McConnell and Mr Norris had expressed no interest in seeking the Presidency in the future. The remaining applicants had expressed their interest in very general terms, but suggested that it would be pointless for them to seek election as they could not take up the office if elected. None of the applicants had sought to establish that they had any realistic prospect of successfully seeking that office with reference to their own particular political circumstances and the requirements of the Constitution.

The Court thus considered that none of the applicants had provided reasonable and convincing evidence that they were at real risk of being directly affected by the requirements of the Constitution in relation to the taking of the oath, and rejected the complaints of all five applicants as inadmissible.

The Court went on to note that while Contracting States enjoy a wide margin of discretion in questions concerning the relationship between States and religion, it nevertheless went hand in hand with European supervision. The reference by a State to a tradition could not relieve it of its obligation to respect the rights and freedoms enshrined in the Convention.