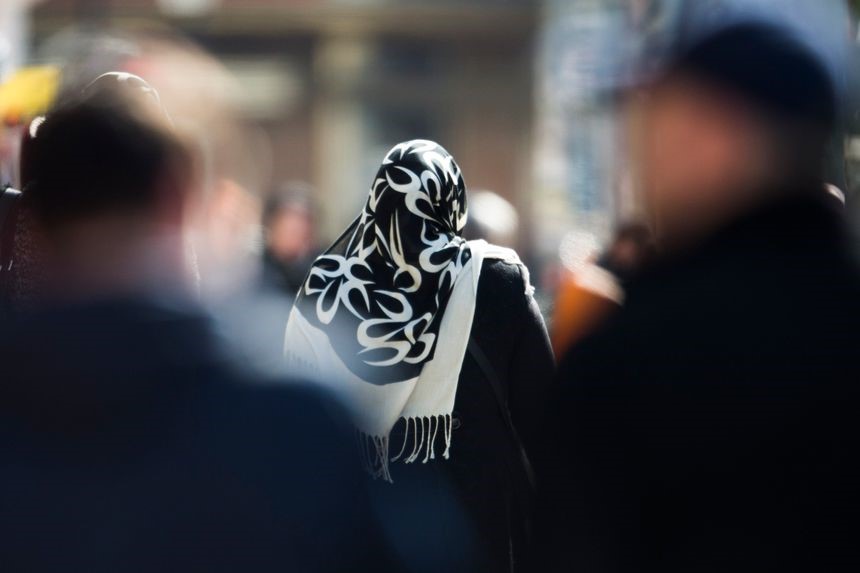 By Laurence Norman and Noemie Bisserbe

Wall Street Journal (15.07.2021) – https://on.wsj.com/3C693GP – The European Union’s top court said Thursday that employers may ban the wearing of head scarves and other religious symbols but set out conditions on when such prohibitions comply with the bloc’s antidiscrimination laws.

The ruling comes amid intensifying debate in Europe over racism and the protection of minority rights following a surge of anti-immigrant parties over recent years. Rules over wearing head scarves, which vary widely across the bloc, have come to symbolize controversy over calls to integrate Europe’s Muslim population.

French President Emmanuel Macron and other French authorities have increasingly sought to curtail the display of religious symbols amid a campaign to assert the country’s secular state.

Meanwhile, following widespread antiracism protests in the U.S. after the killing of George Floyd, there have been growing calls in some Western European countries to push back against discrimination and racism.

Judges of the Luxembourg-based European Court of Justice in their ruling Thursday upheld a 2017 decision by the court saying that a private company’s decision to ban the wearing of a head scarf to promote a neutral working environment wasn’t necessarily discriminatory.

The ruling permits employers to bar religious, political or philosophical symbols in a workplace if such guidelines are universally applied by the company because of the need for neutrality for business purposes, for example a school where parents don’t want their children to be supervised by people who manifest their religious beliefs.

However, the judges moved to limit the circumstances under which a ban is justified after two German courts had asked for guidance on cases involving two women: a special-needs caregiver at a child-care center who was temporarily suspended from her job and a cashier who sued for discrimination after she was ordered to come to work without a head scarf.

The court said that in addition to applying the rules equally to all political or religious groups, a company must have evidence that its activities would suffer adverse consequences and that the scale and severity of this impact justified the ban.

The ECJ also said national courts should take into account additional protections against discrimination that some countries, including Germany, have embedded in their laws. And the court signaled it would be discriminatory if a company chose to ban conspicuous symbols, like the head scarf, but didn’t forbid all smaller visible religious or political signs.

The 2017 EU court ruling had prompted a backlash from Muslim and Jewish groups who warned it could exclude some people from their communities from certain jobs. The decision has also faced criticism from some former senior ECJ legal officers. Thursday’s ruling drew attacks from advocacy groups.

France’s highest appeals court in recent years has sided with employers in cases involving Muslim women wearing head scarves at work, when a company’s internal policy clearly banned overt religious symbols. In 2017, that court ruled in favor of French information-technology firm Micropole SA, which dismissed Asma Bougnaoui, a design engineer, after a customer complained about her head scarf.

French civil servants aren’t allowed to wear overt religious symbols at work under France’s strict secular rules. But these rules don’t apply in the private sector.

Islam and its place in French society has been at the center of a heated debate in France in the wake of recent terrorist attacks.

Mr. Macron has proposed a bill to Parliament that aims to push back against what he calls Islamist separatism, which he describes as a political and religious project to create a parallel society where religious laws take precedence over civil ones. The bill is currently before the Senate, which has sought to add provisions barring school field-trip chaperones from wearing overt religious symbols, and banning burkinis in public swimming pools.

In Belgium recently, there was a major political incident after a Belgian-Moroccan woman resigned from her role as a government representative at a women’s equality institute following attacks from politicians on her use of the head scarf.