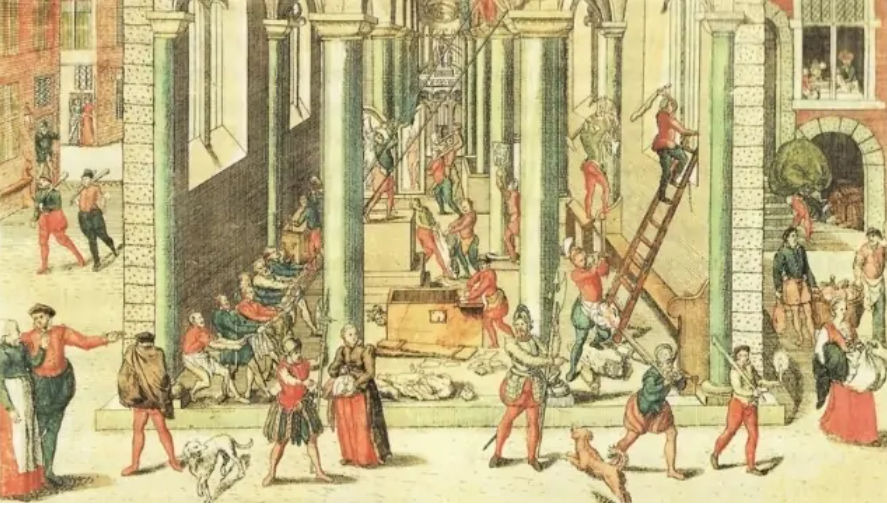 Laws are passed with the alleged aim of combating Islamic radicalism. They are then used against peaceful religionists labeled as “fundamentalists” or “cults.”

Bitter Winter (06.06.2021) – https://bit.ly/3iui4lZ – The new Flemish legislation on religion and the statements by politicians surrounding its introduction are yet another example of what is emerging as a fascinating, if paradoxical, social and political phenomenon: the discrimination of some non-Muslim religions under the pretext of combating terrorism based on ultra-fundamentalist Islam.

In several European countries, terrorist attacks by groups and individuals claiming to act on the basis of an ultra-fundamentalist interpretation of Islam (one not shared by most Muslims) have claimed hundreds of victims and shocked public opinion. Politicians concerned for their votes understand that “something should be done.”

The first reaction is to introduce legislation against “Islamic fundamentalism.” This is rarely effective, because the ultra-fundamentalist organizations responsible for terrorism such as al-Qa’ida and the Islamic State operate underground. A law banning “extremist” organizations would not affect them. They are already banned everywhere as criminal groups.

There is no evidence that banning other conservative Islamic groups would help combating terrorism. There is no evidence either that prohibiting the use of the veil or of Islamic modesty swimming suits to Muslim women would have any effect on terrorism. I have studied ultra-fundamentalist terrorism and published several books on the issue, dealing inter alia with the personality of terrorists responsible for some of the bloodiest attacks. Only a handful of them were members of conservative organizations, or had been educated in conservative mosques. Some, like several members of the al-Qa’ida commandos, were scions of rich families, in some cases educated in exclusive international private schools. Recently, the Islamic State recruited desperate, marginal immigrants via the Internet, people with little knowledge of Islamic theology and no ties with any Muslim organizations.

On the contrary, laws against conservative Islam may antagonize Muslims, and make recruitment by terrorist organizations easier rather than more difficult. We all know that things about terrorism may change quickly, but it is a fact of life that so far Italy has had zero terrorist attacks by ultra-fundamentalist Muslims (we had some by politically motivated Palestinians in the past century, but this was a different story). As a scholar and a member of the former Ministry of the Interior’s Committee on Islam in Italy, I have been often interviewed on why this happens. I am persuaded that the conciliatory attitude towards Muslims exhibited by different Italian governments has significantly contributed to making recruitment by terrorist organizations unsuccessful in our country.

There is also another problem with laws targeting conservative Islam. They immediately encounter Constitutional problems. Constitutions, not to mention the European Convention on Human Rights, prohibit legislation singling out a specific religion. Politicians thus should frame their laws in general terms, targeting religions that are “separatist” (a favorite word in France) or “extremist.”

Laws are thus introduced, and sold to parliaments and voters as needed tools to “combat radical Islam.” Once passed, they have little or no effect on radical Islam or terrorism. However, they are used to harass and discriminate against peaceful religious movements.

This is becoming almost a sociological law. The Flanders, where the law is promoted as needed after the growth of radical Islam and bloody terrorist attacks in Brussels, are not the first case. In Russia, laws against “extremism” created after 9/11 were expanded after one of the most horrific modern terrorist attacks, the Beslan school siege of 2004, which left 334 dead, most of them children, to let the government outlaw religious organizations guilty not of physical violence only, but also of “verbal” extremism. Arguing that one’s religion was better or superior to other religions was considered a key test for extremism. The law was not used to ban al-Qa’ida or the Chechen organizations guilty of terrorism (they were already banned), but led to peaceful Muslim groups such as the followers of Turkish mystic Said Nursi, and non-Muslim religions such as the Jehovah’s Witnesses or the Church of Scientology being harassed (the Jehovah’s Witnesses were outlawed in 2017; dozens of them are in jail).

In Denmark, it was claimed earlier this year that a law compelling all religions to translate into Danish their sermons and publish them in advance was needed to stop incendiary sermons by radical imams. Catholics and Protestants immediately objected that those who would really suffer would be immigrant and other Christian communities catering to linguistic minorities. The most radical imams would not be affected, as they operate clandestinely anyway.

In the Italian region of Lombardy, a law was passed making it extremely difficult for non-Catholic religious community to be authorized to open new places of worship. It was nicknamed the “anti-mosque law,” but in fact Muslims in Lombardy, most of them poor immigrants, were not very much interested in building mosques. The law, however, greatly affected the booming Evangelical community.

In France, the law on “separatism” is still being discussed, but is another egregious example of how a law popular with certain media because it would allegedly keep radical Islam under control would be in fact easily used to discriminate against small Christian communities and groups labeled as “cults” (sectes). In particular, as in the case of the Flemish draft law, it may impose limitations on groups that need to be economically supported by their co-religionists abroad.

In France, finally, the veil was lifted, and we learned that the paradox was not an unintended consequence of an amateurish approach to the problem of ultra-fundamentalist Islam. We were told, in so many words, that selling to the voters a law “against radical Islam” and using it later against non-Islamic religious group was totally intentional. The lady who serves as Minister Delegate in Charge of Citizenship at the Ministry of the Interior, Marlène Schiappa, told the French media loudly and clearly that the law is also intended for, and will be used against, groups classified as “cults” (sectes).

So, finally the cat is out of the bag. What we are witnessing is a huge fraud. With a disturbing Islamophobic language, the public opinion is agitated against the ghost of “radical Islam,” and told that exceptional measures should be passed. Perhaps not all, but some of those proposing them are aware that these measures will be remarkably ineffective against Islamic radicalism and terrorism. However, they still want to pass them, first for electoral reasons, and second, because they plan to use them against groups they may call “archconservative” (including successful Evangelical and Pentecostal churches), “cults,” or sectes. If they would openly proclaim their antipathy against high-commitment religion, if not religion in general, their proposals would generate more hostile reactions than real interest, and would likely fail. By waving the red flag of “Islamic terrorism,” on the other hand, they may succeed in passing laws that hide a different agenda.

*An introductory paper at the Special Meeting of the Freedom of Religion or Belief Roundtable Belgium “The New Flemish Legislation on Religion: A Cause of Concern,” June 2, 2021.