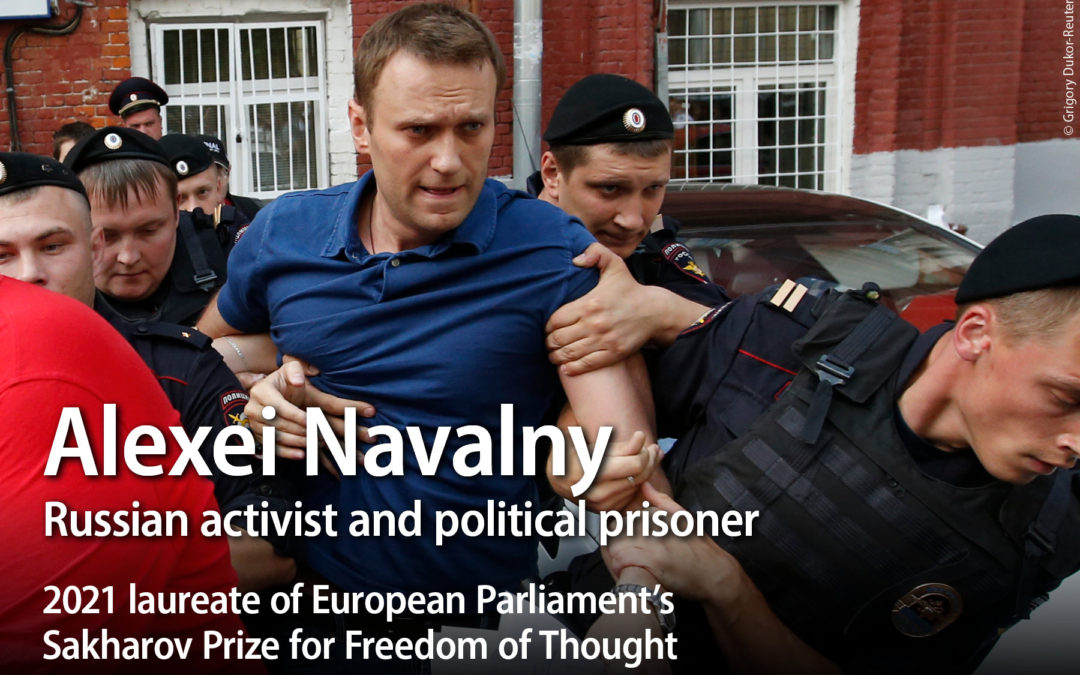 Parliament President David Sassoli said: “The European Parliament has chosen Alexei Navalny as the winner of this year’s Sakharov Prize. He has campaigned consistently against the corruption of Vladimir Putin’s regime, and through his social media accounts and political campaigns, Navalny has helped expose abuses and mobilise the support of millions of people across Russia. For this, he was poisoned and thrown in jail.”

“In awarding the Sakharov Prize to Alexei Navalny, we recognise his immense personal bravery and reiterate the European Parliament’s unwavering support for his immediate release”, he added.

Vice-President Hautala said: “This year, the Sakharov Prize for Freedom of Thought has been awarded to an advocate for change. Alexei Navalny has shown great courage in his attempts to restore the freedom of choice to the Russian people. For many years, he has fought for human rights and fundamental freedoms in his country. This has cost him his freedom and nearly his life. On behalf of the European Parliament, I call for his immediate and unconditional release.”

“Today, the Parliament also honours a group of Afghan women, who have fought fiercely for equality and human rights in their country and who were shortlisted for the Sakharov Prize. We chose to honour the bravery of these women, as they are among the first to suffer violations of their most basic rights and freedoms after the Taliban seized control of Afghanistan”, she added.

Alexei Navalny is a Russian opposition politician, anti-corruption activist and major political opponent of Russian President Vladimir Putin. He came to international prominence for organising demonstrations against President Putin and his government, running for office and advocating for anti-corruption reforms. In August 2020, Navalny was poisoned and spent months recovering in Berlin. He was arrested on his return to Moscow in January 2021. He is currently serving a three-and-a-half-year prison sentence, with more than two years still remaining. Now incarcerated in a high-security penal colony, Navalny went on a long hunger strike in late March 2021 to protest his lack of access to medical care. In June 2021, a Russian court banned Alexei Navalny’s regional offices and his Anti-Corruption Foundation, both now classified as extremist and undesirable by the Russian authorities.

The Sakharov award ceremony will be held on 15 December in Strasbourg. Read more about the other Sakharov Prize finalists in 2021 here.

The Sakharov Prize for Freedom of Thought is awarded each year by the European Parliament. It was set up in 1988 to honour individuals and organisations defending human rights and fundamental freedoms. It is named in honour of Soviet physicist and political dissident Andrei Sakharov and the prize money is 50 000 euros.

Last year, Parliament awarded the prize to the democratic opposition of Belarus, represented by the Coordination Council, an initiative of brave women and political and civil society figures.

HRWF Comment
On the same day, HRWF held a press conference about “Defending Freedom of Opinion and Freedom of Speech in Belarus, Russia and Ukraine” at the Press Club in Brussels. Texts of the speakers available on request.
Post Views: 68