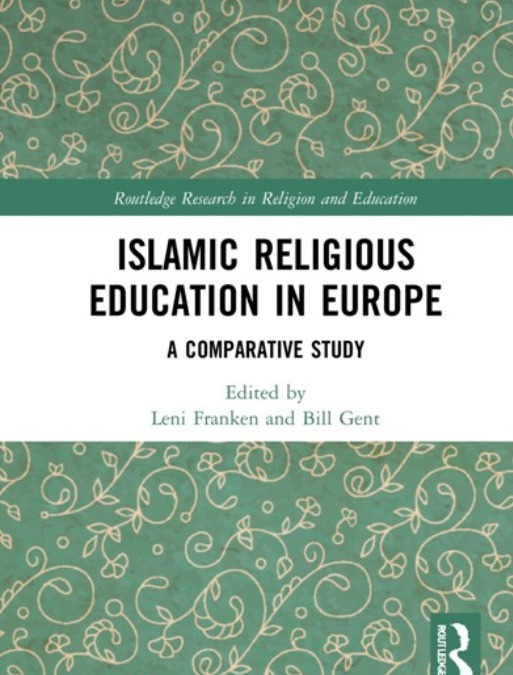 By Leni Franken, senior researcher and teacher assistant at the University of Antwerp (Belgium)

BYU LAW (08.05.2021) – https://bit.ly/3hGzCun – Against the backdrop of labor migration, family reunification, and the ongoing refugee crisis, the number of Muslims in Europe has increased over the past decades. This has resulted in a growing number of Muslim schools and Muslim students enrolled in Islamic Religious Education in state schools. In the Netherlands, for instance, the number of state-funded Muslim schools has increased from only a few schools in the 1980s to more than 50 schools today. Comparably, the present number of students enrolled in Islamic Religious Education in Belgian state schools is, with more than 20%, twice as many as ten years ago. In addition, an increasing number of students with a Muslim background are enrolled in non-denominational and non-confessional “religion education” classes, which are organized in Danish, Norwegian, and Swedish state schools.

Given this rather new sociological situation, combined with the presence of (violent) Muslim fundamentalism in Europe, “Islamic Religious Education” has become a matter of concern for politicians, religious stakeholders, policymakers, and academics. Hence the book Islamic Religious Education in Europe [1] offers a comparative study of curricula, teaching materials, and teacher training in fourteen European countries. These country reports are followed by multi-disciplinary essays—from the hermeneutical-critical to the postcolonial—addressing challenges posed by teaching about and into Islam.

Education into Islam: essentialist, Sunni-oriented, and of poor quality

A recurring theme in the 14 country reports is that, notwithstanding the rather long experience with Islamic Religious Education stricto sensu (i.e. education into Islam, organized in a denominational and confessional way), several problems are common: due to a lack of adequate teacher training, teachers are not always suitably skilled; curricula and textbooks—which are often influenced by Turkish Islamic institutions (e.g. Diyanet)—are outdated, uncritical, and not adapted to the European context; attention for Muslim minorities such as Shi’a and Alevi is limited, and attention for other religions (with the exemption of Judaism and Christianity) and secular worldviews is almost absent. Most European nations are nowadays concerned about the quality of Islamic Religious Education, which has resulted in the establishment of teacher-training programs and an update of curricula and textbooks. Overall, these are worthwhile initiatives, but there is still much work to be done.

One explanation for the poor quality of Islamic Religious Education is the fact that the different Muslim communities are, in terms of ethnic/national origin, religious practice, and doctrine, very diversified, while at the same time the state requires them to unify in one single community. This has not only led to tensions within officially “recognized” Muslim Communities (e.g. in Austria and Belgium), but it has also led to an uneasy and unprofessional implementation of Islamic Religious Education, which is often Sunni-oriented and essentialist. In this regard, Austria is an interesting case: here, the Islamic Religious Community in Austria (IRCA) and ALEVI are recognized as separate communities, while other claims for recognition, by the Shiites, are pending. By recognizing multiple Islamic communities in this way and by organizing Islamic Religious Education correspondingly, the internel diversity within Islam can be taken into consideration. One should, however, also notice that there are many more forms of practicing Islam (and thus also of Islamic Religious Education). Thus, where to draw the line for recognition remains a challenge, even in a more diversified system of recognition. Most likely, reality may urge representatives to go for pragmatic and consensus-oriented solutions.

Islam Education: marinated in a Lutheran, post-colonial, and essentialist dressing

Unfortunately, education about Islam, as part of non-denominational and non-confessional religious education, is not without problems. As with education into Islam, there is, in curricula and textbooks, little attention for diversity within religions, including Islam. Besides, the so-called “neutral” classes about religion are often marinated in a Lutheran, post-colonial, and essentialist dressing: the default idea is that all religions have a founder, a holy book, a doctrine, and fixed practices, but this is a western/Christian idea that is absent in many religious and secular traditions.

Providentially, this problem is now recognized by most religious scholars, and this awareness steadily reaches religion education classes in schools. In Norway for instance, the new curriculum for the school subject “Knowledge of Christianity, Religion, Philosophies of Life, and Ethics” emphasizes the diversity between religious and secular worldviews, and also within these religions and worldviews. Besides, the student’s understanding of religion and secular worldviews is challenged through analysis of and critical reflection on sources, norms, and the (western) concepts used in (comparative) religious studies.

Education about and into Islam: exclusion or complementarity?

Overall, the analysis of Islamic Religious Education in 14 national contexts (Part I) and the interdisciplinary, reflexive essays (Part II) make clear that both education into and education about Islam face several problems and challenges. This, however, does not imply that the baby should be thrown out with the bathwater. Numerous contributions in Islamic Religious Education in Europe reveal the urgent need for “religious literacy,” a need that has also been emphasized by the OSCE Office for Democratic Institutions and Human Rights. Organizing a state-controlled and mandatory subject about different religions and secular worldviews could offer solutions here, provided it is organized in a “critical, objective and pluralistic manner” (cf. ECtHR, Kjeldsen, Busk Madsen and Pedersen v. Denmark, ECtHR, Folgerø and others v. Norway) and provided the above-mentioned problems are countered constructively.

Research in England and Sweden (chapters 6 and 13) has shown that Muslim students are not opposed to such a “neutral” school subject, which is not only on the compulsory curriculum in Swedish state schools but also in state-funded denominational schools. In addition to this mandatory school subject, Muslim schools can also organize denominational Islamic Religious Education classes, provided these classes do not oppose the common teaching aims of Swedish education. Interestingly, most Swedish Muslim students consider the classes into Islam as a meaningful complement to the mandatory classes about religion. What is at stake here is not a story of exclusion (either confessional/denomination or non-confessional/non-denominational), but a story of complementarity.

The Swedish Religious Education model is not without deficiencies but could nevertheless be inspiring for the way Europe deals with (Islamic) Religious Education. Rather than thinking in terms of denominational versus non-denominational, policymakers could also opt for a model where all students learn about religions and secular worldviews, while optional classes into a particular religion/worldview could be organized on request. If organized in a critical and nuanced way, both types of education will lead to increasing religious literacy, to personal identity formation (Bildung), and to future responsible citizens in an increasingly secularized and pluralized world.