EU: The European Union can do more to promote religious freedom 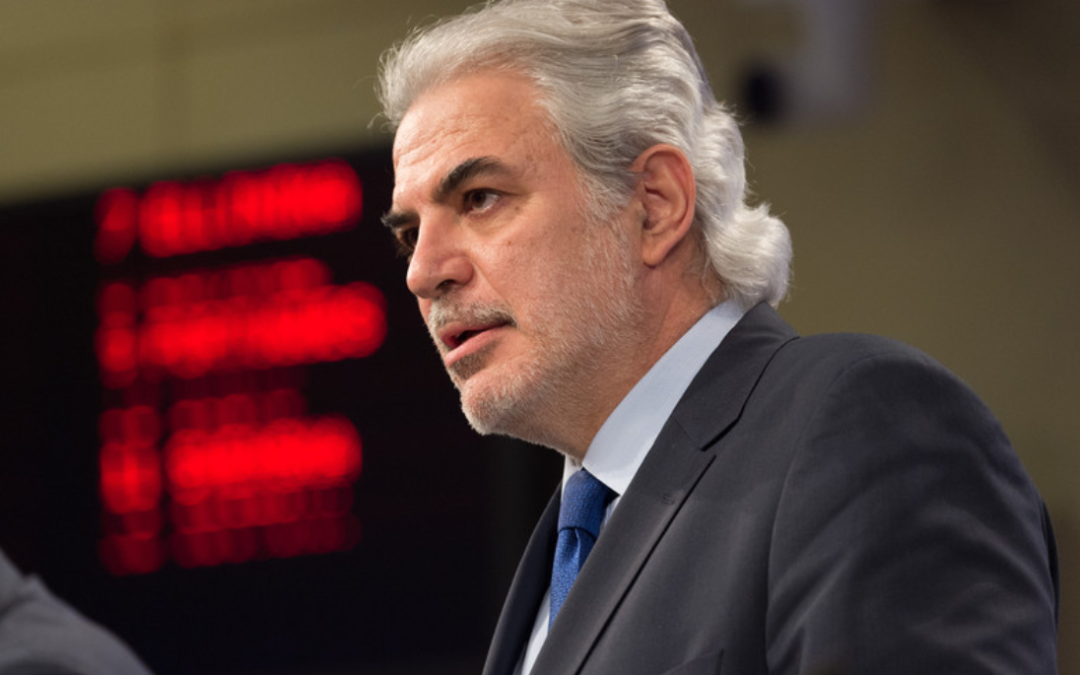 EU can do more to promote religious freedom

Indeed, this framing has influenced much (Western) international policy on freedom of religion or belief (FoRB).

Recently, however, this narrative has been challenged by the recognition of religious actors’ potential to positively influence the pressing societal issues of today – not least because, according to Religions for Peace, they are among the most trusted members of their communities.

FoRB – which includes the right to practice one’s belief, as well as the right not to believe – is a fundamental requisite for peaceful coexistence.

At their essence, peaceful societies protect all human rights and enable diversity to flourish. When religious freedom is threatened, social cohesion suffers, and conflict grows.

While a secular organisation, over the past decades we have worked with hundreds of thousands of religious actors across five continents, and recognise the strategic importance of constructively engaging such a large and influential sector of society.

We also understand that engaging religious actors can be daunting. Decision-makers in secular institutions like the EU may not see the benefits of involving them, or feel uncomfortable doing so.

The appointment of Christos Stylianides as the new special envoy for the promotion of freedom of religion or belief reaffirms the EU’s role as a major international advocate for religious freedom.

Firstly, FoRB must be understood as a fundamental right like any other, rejecting the trend to see it as inimical to women’s or LGBTQI rights, or freedom of expression – or, obversely, superior to other rights.

Recognising FoRB’s interconnection with other rights enables us to address overlapping concerns and intersectional claims.

Search will take such an approach as part of a new secular and interfaith partnership: the Joint Initiative for Strategic Religious Action (JISRA).

JISRA will work with religious actors, including women and youth, across seven conflict regions in Africa, the Middle East, and South-East Asia to strengthen their ability to engage in dialogue on religious tolerance and peace, as well as support them in their advocacy around FoRB.

Secondly, FoRB must be acknowledged as a key component of peaceful and resilient societies.

The EU’s Global Exchange on Religion and Society reflects a growing understanding of the value of engaging religious actors on a wide range of societal issues.

In addition, the Council Conclusions on an EU Approach to Cultural Heritage in conflicts and crises, adopted in June, highlight the need for interfaith dialogue and the inclusion of religious minorities as part of the EU’s external push for peace, democracy and sustainable development.

Our years of experience organising inter-religious freedom round tables in Sri Lanka, Uzbekistan, Jordan, and Lebanon, or advocating with faith leaders for the protection of holy sites in Jerusalem and Nigeria, confirm their importance.

As with all approaches to FoRB and peace-building generally, women, youth, and other vulnerable groups like religious minorities, need to be included in these exchanges.

These groups often experience unique violations of their rights and, when included, bring new perspectives and unforeseen solutions to conflicts.

Thirdly, EU institutions and staff must receive adequate training on FoRB, and specifically on its role in conflict transformation.

Increasing their faith literacy as well as their understanding of religious engagement’s value would be in line with the 2013 guidelines on the promotion and protection of freedom of religion or belief which committed the European External Action Service to developing training materials for field and headquartered staff.

Trainings such as the joint Search for Common Ground and the US Institute for Peace’s recently launched free online course on Religious Engagement in Peacebuilding – A Common Ground Approach provide an introduction for anyone interested in religious engagement and FoRB in conflict contexts.

Neither peace-building nor advancing FoRB are linear processes. Setbacks require patience, steadfastness and a long-term belief in the possible.

But with its new special envoy at the helm, the EU can play a significant role in effectively moving us towards a world where our diversity of beliefs is valued and respected by all.