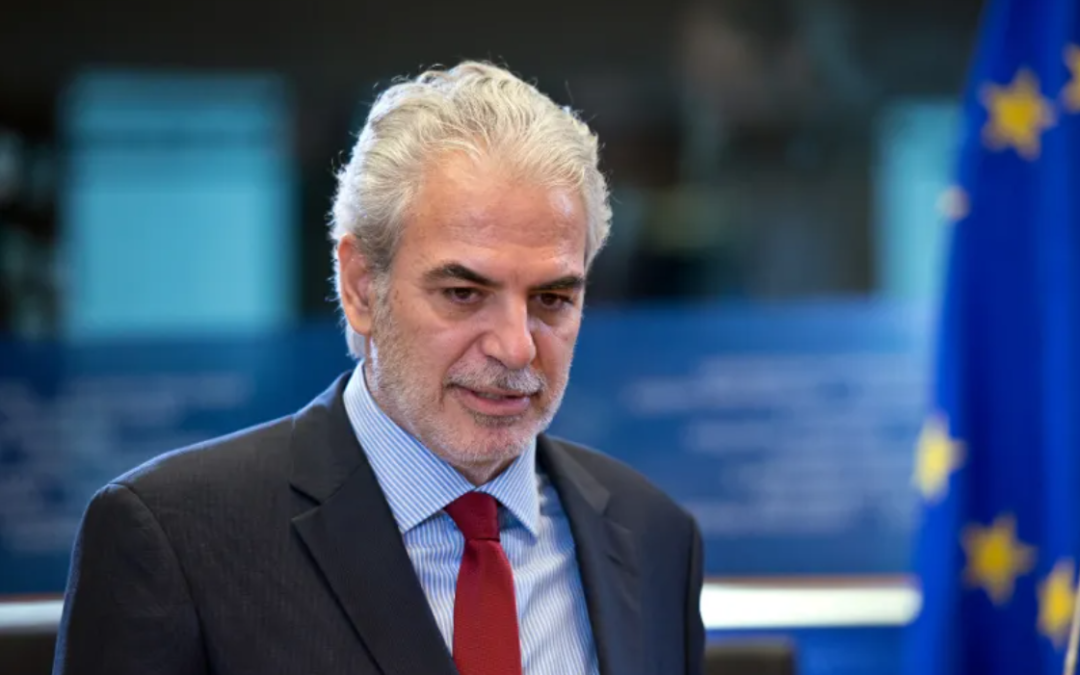 The Catholic World Report (08.09.2021) – https://bit.ly/3yUt3cJ – A Catholic bishops’ commission said on Wednesday that it is a “pity” that the “key position” of EU religious freedom envoy is now vacant.

The Commission of the Bishops’ Conferences of the European Union (COMECE) congratulated the outgoing envoy Christos Stylianides on Sept. 8 on his next role as head of Greece’s new climate crisis ministry.

But the commission expressed regret that the post of special envoy for the promotion of freedom of religion or belief outside the EU now lay vacant “after much effort to find a suitable candidate.”

“We urge the EU Commission to swiftly appoint a new one with reinforced mandate/resources,” COMECE wrote on its Twitter account.

ADF International, a Christian legal group, lamented Stylianides’ departure months after he took up the role.

“The current plight of Christians, Shia Muslims, and other religious minorities in Afghanistan highlights the need for a special envoy to quickly get to work, focusing on the needs of the most persecuted worldwide,” said Adina Portaru, the group’s senior counsel in Brussels, Belgium.

“A swift reappointment is crucial in showing real commitment to improving the precarious situations religious minorities are facing worldwide.”

The special envoy role was created in 2016 to protect freedom of religion or belief worldwide on behalf of the EU, an economic and political union of 27 countries.

Ján Figeľ, the special envoy from 2016 to 2019, helped Asia Bibi, a Catholic mother of five, to leave Pakistan after her acquittal on blasphemy charges.

Stylianides, a Cypriot politician, was appointed to the role in May, ending a two-year vacancy.

Announcing the appointment, the European Commission, the EU’s executive branch, said: “The special envoy will establish a dialogue with national authorities and other stakeholders in countries suffering from discrimination on the grounds of religion or belief.”

“He will support for intercultural and interreligious dialogue processes, including encouraging dialogue between representatives of different faiths and the setting up of joint initiatives.”

“He will put in place measures to target de-radicalization and prevention of extremism on grounds of religion or belief in third countries. In cooperation with authorities from third countries, he will promote religious diversity and tolerance within educational programs and curricula.”

At the time of the appointment, COMECE president Cardinal Jean-Claude Hollerich said that the EU bishops looked forward to working with Stylianides.

“We wish him success in this important role of promoting a fundamental right and a core value of the European Union threatened in many parts of the world and we look forward to work closely together,” the Luxembourg archbishop commented.

Portaru noted that last month Josep Borrell Fontelles, the EU’s High Representative for Foreign Affairs, said that “The EU works relentlessly to address violations and abuses of freedom of religion or belief.”

“We hope the EU will live up to this promise and urge the European Commission to strengthen the position of the special envoy and build on the important work already achieved,” she said.

“The victims on the ground are in dire need of a decisive response from the EU. With its special envoy, the EU can lead in the international response. That leadership is needed now more than ever.”

Robert Clarke, deputy director of ADF International, added: “The special envoy has played a crucial role in bringing the horrors of religious persecution to light at the European level.”

“The role has created awareness around some of the worst and most persistent violations of fundamental rights around the world and helped focus EU efforts to counter them. The EU should not only continue, but intensify efforts to protect freedom of religion or belief around the world.”

“The reappointment of a special envoy for the promotion of freedom of religion or belief outside the EU is now more necessary than ever.”