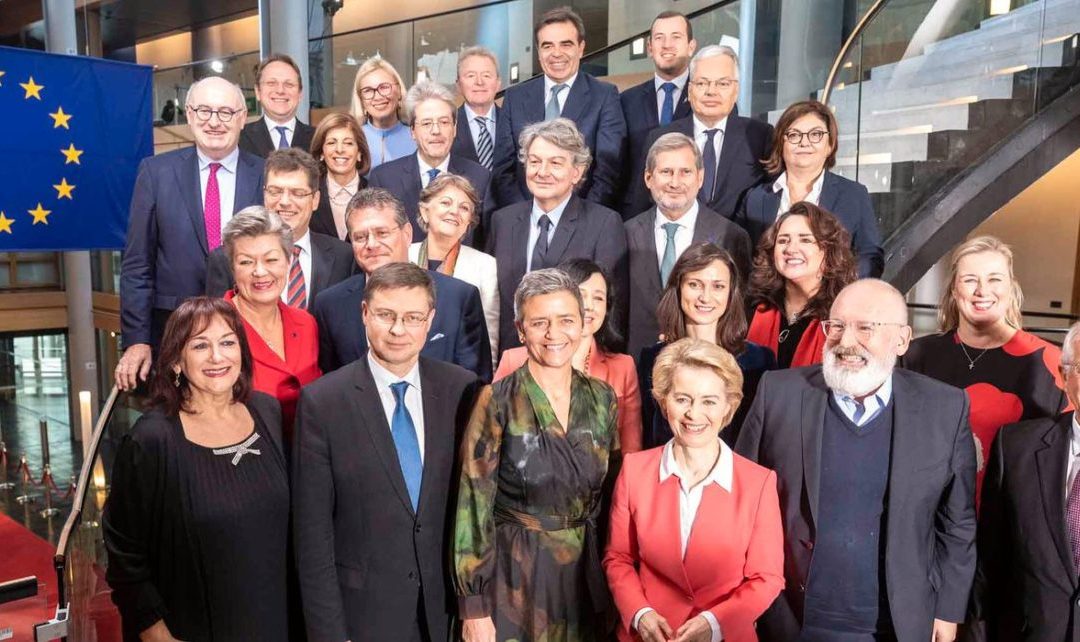 The rhetoric was impressive, the promises fueled hope.

The commission has brought out multiple equality strategies. Last year’s ambitious “anti-racism action plan” is being implemented with the help of a first-ever EU “anti-racism coordinator”, Finland’s Michaela Moua.

Another EU official is tasked with combating anti-Semitism and the search is on to appoint a new coordinator to fight anti-Muslim hatred.

A still-unpublished Commission staff survey earlier this year includes – for the first time – data on race and ethnicity.

Efforts are underway to re-evaluate EU recruitment policies and ensure stricter enforcement of the 21 year old race-equality directive including measures to strengthen the role of national equality bodies.

Silence of the think tanks

These steps represent progress but are not enough. Building a true Europe of Equality requires more than just feel-good “made in Brussels” policies.

Bias and discrimination are thriving across Europe -not just because of bigots, populists and far-right groups but because too many of the EU’s liberal democratic leaders are also complicit.

EU governments and von der Leyen are – quite rightly – struggling to stop violations to the rule of law, attacks on the judiciary and erosion of media freedoms in Hungary and Poland.

However, this should not mean turning a blind eye to policies and actions which reinforce exclusion and prejudice in countries such as France, Austria, Denmark, Belgium and the Netherlands. To name only a few.

The EU’s current selective outrage consolidates equality hierarchies under which attacks on some values are considered more important than on others.

Allowing a ranking of rights also undermines the EU’s anti-racism agenda, impacts on its global reputation and makes Europe vulnerable to allegations of double standards.

It’s open season on Islam and Muslims as France gears up for next year’s presidential election and French politicians encourage Islamophobia as an electoral strategy.

Muslim-bashing is no longer the preserve of the traditionally Islamophobic far-right candidate Marine Le Pen. Eric Zemmour has now joined the fray and president Emmanuel Macron’s government is busy enforcing a spate of anti-Muslim policies, including an “anti-separatism bill” and the shutting down of the Collective Against Islamophobia (CCIF) which documents anti-Muslim hate crimes.

EU officials looked the other way as former Austrian Chancellor Sebastian Kurz stepped up his fight against an undefined “political Islam” including through the launch of a much-criticised Islam Map website which showed the locations of more than 600 mosques and Muslim associations across the country and led to incidents of violence against Muslims.

The administration of Danish prime minister Mette Frederiksen, who has dragged her Social Democrats toward the right on immigration policy, recently passed legislation allowing it to relocate asylum seekers to third countries outside the EU while their cases are reviewed.

In the Netherlands, a health benefits scandal that involved racial profiling remains unresolved.

Ethnic minorities continue to face discrimination in education, health, employment, social care and housing, according to the UN Committee on the Elimination of Racial Discrimination which has also voiced special concern at ethnic profiling by police in stop and search, traffic control and border checks.

In Belgium, the death of Ibrahima Barrie, a young Black man who died in police detention, and the violent protests that followed offered further proof that embedded racism in many European police forces needs immediate attention. And so on.

Ignoring these realities is an affront to von der Leyen’s pledge to have an honest EU conversation about race. In fact, she missed an important opportunity to do just that in last month’s State of the Union address.

A commitment to fighting racism cannot go hand in hand with ‘Fortress Europe’ policies which demonise black, brown and Muslim refugees and migrants or with rights violations linked to Frontex pushbacks.

Despite evidence of widespread racism in Europe, many still insist the problem is an “American import”. Such denials put the EU’s credibility at stake.

Even as they condemn human rights abuses in far flung lands, MEPs must also scrutinise their own member states’ discriminatory and xenophobic practices.

European political parties can help to ensure ethnic diversity in selecting candidates as they prepare for EU elections in 2024. And while waiting for new recruitment rules to come into force, European commissioners and European parliament members should start looking at ways of making their teams more inclusive.

Eurocentric attitudes, xenophobia and ethno-nationalist sentiments run too deep across Europe – and have seeped too much into the EU’s institutions and their discourse and policies – to entertain any hope of overnight change.