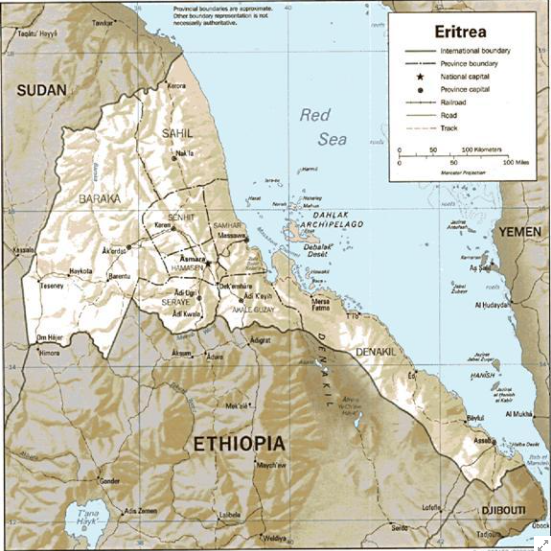 U.N. General Assembly (12.05.2021) – https://bit.ly/3v1wVGW – The present report is submitted pursuant to Human Rights Council resolution 44/1, in which the Council extended the mandate of the Special Rapporteur on the situation of human rights in Eritrea for one year and requested the mandate holder to present a report on the implementation of the mandate to the Council at its forty-seventh session.

The report covers the period from 5 May 2020 to 28 April 2021. Owing to the coronavirus disease (COVID-19) pandemic and the related restrictions of movement, and to the lack of cooperation of the Government of Eritrea, the Special Rapporteur was unable to conduct a field visit to Eritrea during the period under review.

The report is based on information gathered by the Special Rapporteur by monitoring the human rights situation remotely and on information provided by other sources, including civil society organizations, United Nations agencies, funds and programmes, and the donor community. In compliance with the Code of Conduct for Special Procedure Mandate Holders of the Human Rights Council, a draft report was shared with the Government of Eritrea in order to provide it with an opportunity to comment on the observations and findings of the Special Rapporteur.

The Special Rapporteur wishes to thank the previous mandate holder, Daniela Kravetz, for her invaluable support and the exchanges held with her on the implementation of the mandate.