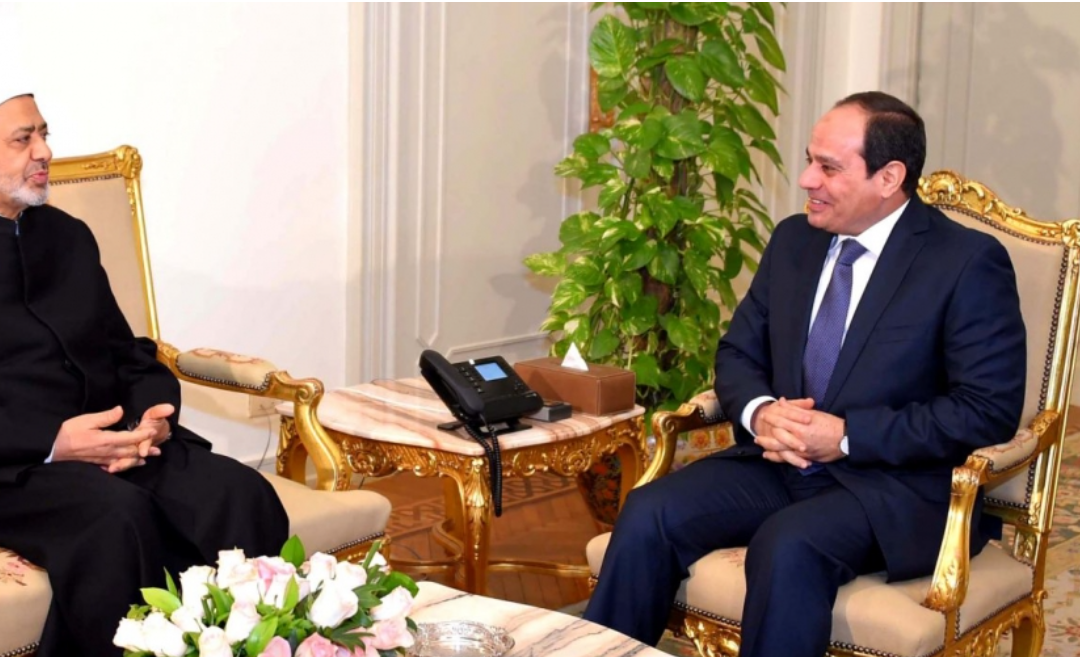 The Historical Context of Blasphemy Laws

The Road to the Law Is Littered with Extremists

Production Control: Al-Azhar as Guardian of Islam and Preserver of Public Order

Coercive Control: Blasphemy as a Tool to Reinforce Hegemony over Tradition

Blasphemy as an Instrument to Criminalise Atheis

The Punishment of Muslim Sectarian Minorities

Excerpt: Blasphemy as an Instrument to Criminalise Atheism

Coptic Solidarity (04.10.2021) – https://bit.ly/3uUfoC4 – (…) Egypt has a long history of persecuting atheists. Despite the constitution’s affirmation of freedom of belief and the absence of any statute criminalising atheism, the Egyptian state has used blasphemy provisions to punish atheists. State religious institutions and the judiciary view atheism not as a free expression of religion, but rather as a threat to Islam and thus to national identity and state sovereignty over the public sphere, as well as a provocation of the majority. The state therefore penalises atheists for taking a position contrary to the majority religion, describing atheism as an extremist concept.

In the past, atheist intellectuals have been imprisoned on blasphemy charges on the basis of their writings. Salah Mohsen, for instance, the author of Tremors of Enlightenment, was sentenced in 2001 to three years in prison by the State Security Court for ‘spreading extremist ideas’ and promoting perverse ideas with the aim of distorting Islam. When interrogated by the prosecution, Mohsen said that he was an atheist who did not believe in any religion and that he was trying to spread his vision and ideas through writing. As an atheist, these ideas were most certainly contrary to Islam.[36]

Atheists benefited from the two years of relative openness that followed the 25 January 2011 revolution, which was accompanied by a tangible expansion in the use of social media. Atheists established numerous Facebook pages, the most well known of which were Atheism Is the Solution, Radical Atheists Without Borders, and A Rational Atheist. Some atheists chose to post on YouTube using Black Duck software. Nevertheless, the period of political openness—and consequently the margin of freedom for atheists—did not last long. After 30 June, as the state sought to restore its hegemony over the public space and under the banner of fighting terrorism, the Ministry of Endowments waged a battle with the Islamist movement for control of the country’s mosques. At the same time, in cooperation with the Ministry of Youth and Sport, it launched a national campaign to combat the spread of atheism among young people.[37] In line with the vision of religious institutions in Egypt and linking the rise of terrorism to atheism, a ministry conference recommended the need to emphasise moderation in order to prevent terrorism and a turn to atheism and moral decay, insofar as these deviations had paved the way for terrorism.

The same idea found expression in an article by Minister of Endowments Mohamed Mokhtar Gomaa, titled ‘The Industry of Atheism and Terrorism’. Declaring terrorism and atheism as equivalent threats to the nation and its stability, Gomaa wrote, ‘Terrorism and atheism are both a colonial product that threatens our national security and works to destabilise us. There must be concerted efforts by religious and cultural institutions to confront this phenomenon’.[38]

The article confirms once again that the subjects over which religious institutions seek control are an extension of the same colonialism that national identity emerged to confront. These institutions, according to Gomaa, are currently threatened by atheists or terrorists, both arising from the same source: colonialism. Despite the enormous difference between terrorism, which aims to harm human beings, and atheists’ free expression of belief, religious institutions consider them both to be non-compliant for contravening the conception of moderation they protect.

As discussed above, national subjects produced by religious institutions play an active role in producing national identity and thus reproducing the discourse of these institutions. If the institutional discourse incites against atheists, then it is expected that atheists would be subjected to popular repression at the hands of ‘patriots’, which typically manifests itself in two forms. The first is the physical assault of atheists. To take just one example, Ahmed Harkan was attacked by citizens in Alexandria and turned over to the police.[39] In the second form of repression, citizens file police complaints or lawsuits against atheists, as happened with blogger Alber Saber. A citizen filed a complaint against Saber at the police station, alleging that he had published online content offensive to religions. After several extremists tried to break into his apartment, Saber called the police. They took him to the station, where he learned of the complaint against him. Saber was physically assaulted inside the station as well as by prisoners at the direct instigation of a policeman.[40]

Security services and the judiciary turn a blind eye to inflammatory rhetoric emanating from religious institutions, as well as extremist attacks against atheists, and in turn, the minority is punished. The prosecution charged Saber with contempt of religion and interrogated him about his position on religion and the reasons for his atheism. The investigation report revealed that Saber maintained a Facebook page titled Nākeḥ al-Āleha (Copulator of Gods) and was also an administrator of the Egyptian Atheists page. The court sentenced him to three years in prison for promoting extremist ideas and creating web pages advocating atheism. As such, the court supported religious institutions’ view of atheism as an extremist concept, demonstrating the law’s role in punitive control and the protection of the majority’s religion through the suppression of alternative conceptions. The same scenario was repeated with two students, Sherif Gaber and Karim al-Banna, both of whom were sentenced to prison for advocating atheism online.[41] In June 2020, the Alexandria Economic Misdemeanour Appellate Court upheld a three-year prison sentence given to blogger Anas Hassan for insulting religions and misusing social media; Hassan was an administrator of the Egyptian Atheists page on Facebook.[42] (…)

Further reading about FORB in Egypt on HRWF website