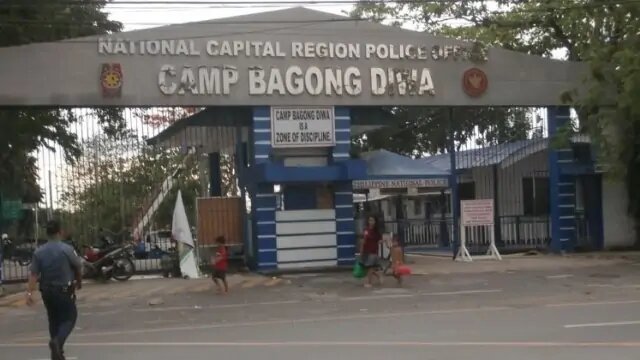 The Czech judiciary questioned by the European Commission (Part II)

Part I can be read on the website of Human Rights Without Frontiers: https://hrwf.eu

HRWF (11.08.2021) – On 20 July, the European Commission (EC) published its 2021 Rule of Law Report in which a 22-page chapter dedicated to Czechia was critical about the judiciary and confirmed negative remarks already mentioned in 2020: lack of transparency in the process of selection of judges and lack of sufficient safeguards in disciplinary proceedings against judges.

A Czech spiritual teacher and his female co-worker living now in the Philippines since 2009 complain that because of their teachings about and practice of Tantric yoga in Czechia they have been victims of a miscarriage of justice in an incident qualified by the judiciary as a rape case. They have applied for asylum in their host country (Philippines) to avoid deportation to Czechia. Their request should be examined soon by a relevant court.

In 2015, Czechia was seriously preparing a forced extradition of the accused while the court proceedings were going on unabated in Czechia.

On 13 February 2015, the Embassy of the Czech Republic in Manila informed the Filippino authorities that they needed the cooperation of their police concerning “the case of two fugitives, including detailed police information about both of them and details about their stay at Philippines”.

On 6 March 2015, the Embassy of the Czech Republic in Manila informed the Filipino authorities as follows:

the passport of Jaroslav Dobeš had expired

Jaroslav Dobeš and Barbora Plášková are therefore undocumented aliens and their presence in the Philippines poses a risk to public interest.”

On 12 March 2015, the Bureau of Immigration (BI) in the Philippines issued a Summary Deportation Order against Jaroslav Dobeš and Barbora Plášková on the initiative of the Czech Republic authorities represented by Czech Embassy in Manila.

On 14 April 2015, Barbora Plášková was arrested and detained at the Immigration Detention Center when she went to renew and process her travel documents and alien permit at local Bureau of Immigration in Surigao city. Three days after her detention, she filed an application for political asylum, claiming she was persecuted because of her beliefs and a victim of an arbitrary court decision.

On 15 May 2015, Jaroslav Dobeš was arrested around 7am in Dapa, Surigao del Norte and was taken to the Immigration Detention Center in Manila. The validity of his passport had come to an end on 11 August 2013. A few days later, he also applied for political asylum, claiming he was persecuted for his beliefs and a victim of an arbitrary court decision.

May 2015: High Court of Olomouc annuls Zlin Court decision in its entirety

On 21 May 2015, against the judgment of the Regional Court in Brno, the High Court in Olomouc heard, in a closed session, the appeals of Jaroslav Dobeš, Barbora Plášková and her mother.

After hearing their appeals, the High Court in Olomouc ruled that:

“According to § 258 section 1 letter b), c) of the Code of Criminal Procedure the judgment under appeal, based on the initiative of all filed appeals, is hereby annulled and revoked in its entirety.

According to § 259 section 1 of the Code of Criminal Procedure, the case is returned to the court of first instance, to make a new decision.”

On the evening of 10 June 2015, there was an attempt to forcibly deport Jaroslav Dobeš back to the Czech Republic on a Turkish Airlines flight. The tentative extraction failed, Jaroslav Dobeš was handcuffed, beaten and later collapsed at the airport, forcing authorities to send him to the local medical facilities. Czech officials refused to assume any responsibility for the incident.

Jaroslav Dobeš request for asylum was still pending at that time. It was rejected on 15 December 2015 on the basis of negative information provided by the Czech embassy and again on 1 August 2017.

After a long delay, on 26 January 2018, the Zlin Branch of Brno Regional Court ruled on the case of eight women and sentenced the two yoga teachers reducing the previous sentences (10 years for Jaroslav Dobeš and 9 years ½ for Barbora Plášková) to 7 years ½ for both of them. The alleged victims were not present and could not be interrogated.

Before the trial, the Czech TV aired an episode of a popular series in which they pictured defendants in a very negative way, hereby influencing public opinion.

In May 2018, the attorneys of the defendants appealed the decision again and tried to obtain a video-conferencing so that their clients can defend themselves but the request was rejected by the judge.

On 10 October 2018, on appeal, the High Court of Olomouc divided the case into two parts. About the alleged rape in spring 2007 of one woman (L.N.), the daughter of a senior police officer, it must be said that Jaroslav Dobeš was not any more in Czechia at that time. However, the court respectively sentenced him and Barbora Plášková to 5 years and 6 months and 5 years, plus financial compensation for damages (about 2400 EUR). The cases of the other six women were sent back to the Zlin branch of the Regional Court of Brno.

The defendants’ lawyers filed a recourse to the Supreme Court in the interest of establishing the ‘moral truth’ that they did not rape the other women but as of the end of July 2021, there had not been any decision yet.

In January 2019, the attorneys of Jaroslav Dobeš and Barbora Plášková filed an appeal with the Supreme Court of the Czech Republic against the judgment of the High Court of Olomouc in the L.N. case.

On 27 March 2019, the Czech Supreme Court confirmed the appeal verdict of Olomouc in the L.N. case and the jail penalties.

Both accused filed a recourse with the Czech Constitutional Court, claiming that their right to defense had been violated. First, they were not served with proper notices of the trials in the Philippines. Second, their lawyers were never able to interrogate L.N and confront her with what they believed were her contradictions. The recourse was however rejected.

On 31 March 2020, the Zlín branch of the Regional Court of Brno found Jaroslav Dobeš and Barbora Plášková guilty of rape or sexual abuse of another six women (the case of the seventh woman had been dropped for lack of evidence).

On 21 January 2021, the verdict was confirmed by the High Court of Olomouc on appeal. Procedural rules prevented the courts at this stage to impose further penalties on the two defendants. The appeal to the Supreme Court against this verdict is pending.

In February 2021, the movement’s bank accounts credited of about 200,000 EUR when they were frozen in 2010 were returned to the director of Poetrie School for lack of fraud evidence after 11 years of litigation.

On 4 June 2021, the Office of the President rejected their request of asylum for the third time.

Conclusion: to grant or not to grant asylum?

During the years they have spent in the Philippines, Jaroslav Dobeš and Barbora Plášková have never violated the laws of their host country.

They have been detained in the Bagong Diwa Immigration Center in the Philippines since 2015 because the Czech authorities have refused to prolong the validity of their passports and have hereby made them undocumented in their host country.

The court in charge of the review of their applications for asylum will have to choose between two conflicting bodies of arguments:

The Czech authorities claim that

According to these arguments, they are just fugitives sentenced for sexual abuse and they are not entitled to asylum. This has been the decision of the Department of Justice and the Office of the President in the Philippines.

The defendants claim that

The U.S. Department of State devoted several paragraphs to the case in its annual report on religious freedom, referring to the investigation of Human Rights Without Frontiers since its mission in Manila in 2016 until 2021.

The Department of Justice and the Office of the President in the Philippines should integrate the arguments of the defendants in their decision-making process but they should also consider the conclusions of Dr Massimo Introvigne closing a series of four analytical papers on this issue published in Bitter Winter on 2, 3, 4 and 5 August as follows:

“There is another reason why the Philippines should consider granting a religion-based asylum to Dobeš and Plášková. They have been in a detention center in the Philippines since 2015, and they have spent there more than the jail terms they have been sentenced to in the Czech Republic. However, the Czech authorities will not credit this detention period against the term they should serve in Czech jails (unlike in the German system, where this would be possible). This means that, if they are deported to the Czech Republic, they should serve another five and a half (for Jaroslav Dobeš) and five years (for Barbora Plášková) in jail, in addition to the more than six years they have already spent in a detention center in the Philippines, which would be another violation of their human rights.

For all these reasons, we believe that the Philippines should finally serve the cause of human rights and justice, also consider the humanitarian reasons involved, and grant asylum to Jaroslav Dobeš and Barbora Plášková.”

A final point of conclusion by Human Rights Without Frontiers would be that in case of imprisonment in Czechia, the respective little children of the accused would be totally and definitely separated from their respective father and mother. Children’s rights should also be put on the balance.

A human solution for the children would be for the Filipino authorities to put an end to the detention of the two Czech citizens, who just happen to be undocumented, and prolong their residence permit on certain conditions while the litigation in Czechia has not come to an end.

The Czech judiciary is not infallible as the European Commission stressed in its last report on the rule of law in Czechia.

Photo: The two yoga teachers are kept in the Immigration Detention Center of Bagong Diwa in the Philippines. They were visited by Human Rights Without Frontiers and FOREF in 2016)