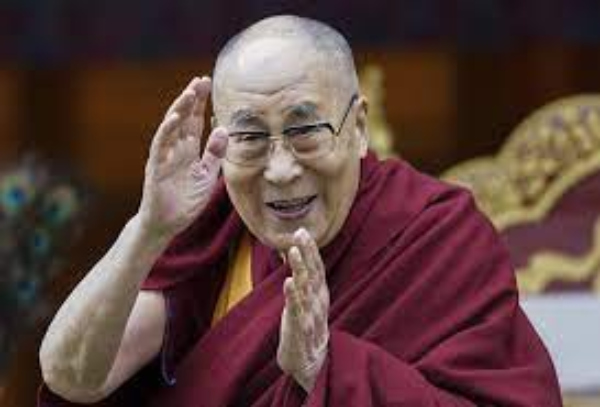 HRWF: Two Tibetan Buddhists arrested for celebrating the 86th birthday of the Dalai Lama and four monks sentenced to 20, 19, 17 and 5 years in prison

EU Reporter (23.07.2021) – https://bit.ly/36SvFwl – On 6 July 2021, the exiled spiritual leader of Tibetans, the Dalai Lama, turned 86. For Tibetans around the world, the Dalai Lama remains their guardian; a symbol of compassion and hope to restore peace in Tibet, and ensure genuine autonomy through peaceful means. For Beijing, the Nobel Peace Prize winner is a “wolf in sheep’s clothing” who seeks to undermine China’s integrity by pursuing an independent Tibet, write Dr Zsuzsa Anna Ferenczy and Willy Fautré.

As a consequence, Beijing considers any country engaging with the spiritual leader or raising the situation in Tibet as interference in its internal affairs. Similarly, Beijing does not allow Tibetans to celebrate the Dalai Lama’s birthday. Moreover, the communist government in Beijing applies harsh punishment for any such attempt, just as it continues its campaign to undermine the Tibetan language, culture and religion, as well as the rich history through brutal repression.

For year Beijing has continued to discredit and subvert the Dalai Lama. Displays by Tibetans of the Dalai Lama’s photo, public celebrations and sharing of his teaching via mobile phones or social media are often harshly punished. This month, as they celebrated the Dalai Lama’s birthday many Tibetans were arrested according to Golog Jigme, a former Tibetan political prisoner now living in Switzerland.

As such, Chinese officials in Sichuan province arrested two Tibetans. Kunchok Tashi and Dzapo, in their 40s, were taken into custody in Kardze in the Tibetan Autonomous Region (TAR). They were arrested on suspicion of being part of a group of social media that encouraged the reciting of Tibetan prayers to commemorate their spiritual leader’s birthday.

The cause of the raid was the discovery of a cell phone, owned by Choegyal Wangpo, a 46-year-old monk at Tingri’s Tengdro monastery, with messages sent to monks living outside Tibet and records of financial contributions made to a monastery in Nepal damaged in a 2015 earthquake, according to a Human Rights Watch report. Choegyal was arrested, interrogated and severely beaten. Following this development, police and other security forces visited his home village of Dranak, raided the place and beat more Tengdro monks and villagers, detaining about 20 of them on suspicion of having exchanged messages with other Tibetans abroad or of having possessed photographs or literature related to the Dalai Lama.

Three days after the raid, in September 2020, a Tengdro monk named Lobsang Zoepa took his own life in apparent protest against the crackdown by the authorities. Soon after his suicide internet connections to the village were cut off. Most of the monks detained were held without trial for months, some are believed to have been released on the condition of committing to not carrying out any political acts.

Three monks were not released. Lobsang Jinpa, 43, deputy head of the monastery, Ngawang Yeshe, 36 and Norbu Dondrub, 64. They were subsequently tried in secret on unknown charges, found guilty and given harsh sentences: Choegyal Wangpo was sentenced to 20 years in prison, Lobsang Jinpa to 19, Norbu Dondrub to 17 and Ngawang Yeshe to five years. These harsh sentences are unprecedented and indicative of the increase in restrictions on Tibetans to communicate freely, and practice their fundamental freedoms, including freedom of expression.

Under President Xi, China has become more oppressive at home and aggressive abroad. In response, democratic governments across the world have amplified their condemnation of China’s human rights violations, with some taking concrete action, such as imposing sanctions. For the future, as China’s regional and global clout continue to increase, like-minded democratic allies across the world must hold Beijing to account concerning the situation in Tibet.

Willy Fautré is the director of the Brussels-based NGO Human Rights Without Frontiers.