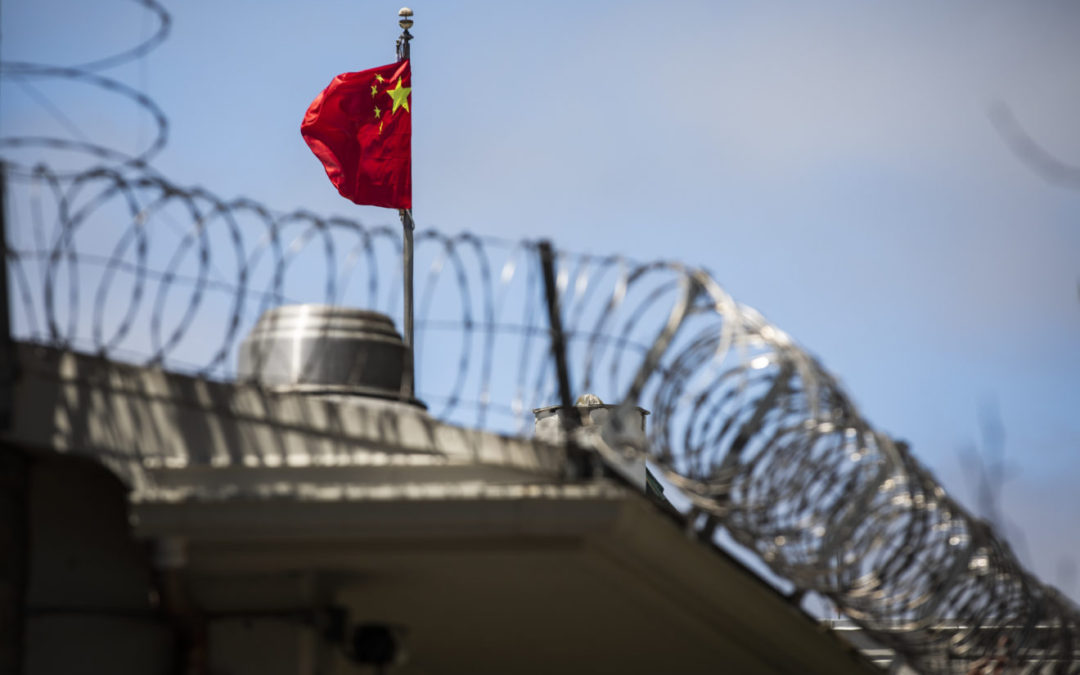 Tapei Times (25.03.2021) – https://bit.ly/2OFhlBI – On Dec. 30 last year, the EU and China reached an agreement in principle to launch negotiations for a Comprehensive Agreement on Investment (CAI). However, as Reinhard Butikofer, Member of the European Parliament (MEP) for the German Green party and chair of its EU-China delegation, said: “There is no deal until the European Parliament says it is a deal.”

Come this month, and those who took this statement lightly are in for a reality check.

Beijing also sanctioned members of the Dutch, Belgian and Lithuanian parliaments, German and Swedish academics, the Political and Security Committee of the Council of the EU and the entire Subcommittee on Human Rights of the European Parliament. Furthermore, the Mercator Institute for China Studies in Germany and the Alliance of Democracies Foundation in Denmark, two think tanks working on China, were sanctioned.

The sanctions were in retaliation for the EU blacklisting four Chinese individuals and one entity believed to be involved in the violations of the rights of Uighur Muslim minority in East Turkestan, or the Xinjiang Uighur Autonomous Region.

Through the sanctions, the Chinese leadership stressed its firm determination to “safeguard national sovereignty, security and development interests,” elements at the core of all of the arguments Beijing has ever used whenever criticized over its human rights record.

So why did Beijing this time choose to retaliate in such a disproportionate and counterproductive manner, against the very lawmakers who are vital to the future of an investment agreement it claimed to badly want? What has Beijing identified as sufficient gain that it sees merit in risking the loss of the CAI? Why target think tanks working to help policymakers and societies across Europe better understand China, given their very function is to build bridges between people through independent and constructive analysis, at a time when the world is ruled by hostility, misconceptions and disinformation?

It has been clear to both sides that a normative divergence lies at the heart of their perception gap, with human rights being interpreted and understood in fundamentally opposing ways. Yet, up to now, and paradoxically, the gap has allowed the two sides to cooperate as “strategic partners,” largely thanks to the EU’s strong belief — noble by some, naive by others — in upholding “engagement,” much to the chagrin of Washington, in particular under the former US administration.

Even labeling China a “systemic rival promoting alternative models of governance” in 2019 did not stand in the way of the two sides, two of the largest trading blocs in the world, agreeing on an investment deal, leading to doubts concerning the EU’s toughening stance on China.

It is also clear that under Chinese President Xi Jinping (習近平), Beijing has turned more repressive at home and aggressive abroad, set on an irreversible course driven by nationalism, primarily aimed at keeping a domestic audience under tight control, while claiming to seek to restore China’s past glory.

Therefore, it is not Brussels’ sanctions, albeit the first agreed on against China in more than 30 years, that made Beijing impose sanctions of its own. Instead, China has found itself trapped and stuck on its own irreversible path, where any language less than aggressive, belligerent and fueled by nationalism would make the leadership look weak and conciliatory in the face of “Western interference,” as it describes any criticism of its human rights record.

Not hitting back with its own sanctions simply was not a viable option for Beijing, as disproportionate and counterproductive as this measure turned out to be.

It is difficult to judge the long-term consequences of such a significant twist in EU-China ties, or even the fate of the CAI, given the fragmentation inside the EU, and the economic interdependence between the two sides.

However, short-term, it is clear that China’s disproportionate steps are already backfiring. Instead of further splitting an already divided EU, Beijing’s aggressive measure is only nourishing the very convergence it has been seeking to block, including concerning Taiwan, treated as a “sensitive” issue in bilateral ties for too long.

Among the lawmakers sanctioned, it was also their supportive statements or activities on Taiwan that has angered China — and with it the “feelings of the Chinese people.” What the sanctions will achieve is to strengthen willingness in the EU to engage Taiwan, and serve as inspiration to further warm ties with a like-minded partner, a technologically advanced economy and a thriving democracy in a hostile region.

The health crisis has brought a unique opportunity for the bloc to reconsider its ties with Taiwan, and consider it on its own merit as it rethinks its relations with China. With MEPs and other EU entities sanctioned, this time around a reckoning in the EU is real, and without a doubt in the European Parliament.

In line with its previous positive positions on Taiwan, it should be no surprise that MEPs might be the driving force in the process. However, in the end, it is not about CAI. It is the future of the international human rights regime that is at stake.