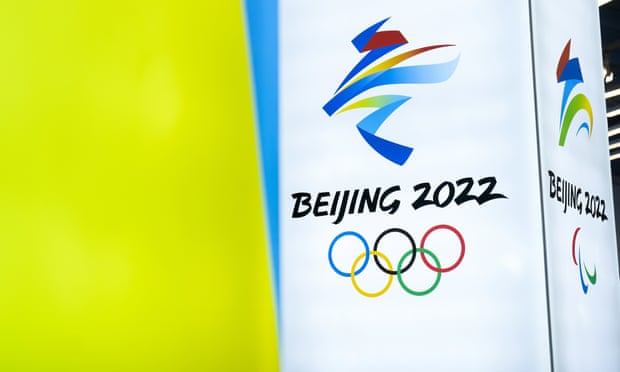 The Guardian (09.07.2021) – https://bit.ly/3wyXLHf – The European parliament has overwhelmingly passed a resolution calling on diplomatic officials to boycott the 2022 Beijing Winter Olympics in response to continuing human rights abuses by the Chinese government. In escalating tensions between the EU and China, the non-binding resolution also called for governments to impose further sanctions, provide emergency visas to Hong Kong journalists and further support Hongkongers to move to Europe.

It was passed with 578 votes in favour to 29 against, with 73 abstentions, and was supported by all of Europe’s mainstream political groups, including the centre-right European People’s party (EPP) group of the German chancellor, Angela Merkel, and the centrists of France’s Emmanuel Macron.

The 28-point resolution called for EU officials and member states to decline all government and diplomatic invitations to the 2022 Winter Olympics “unless the Chinese government demonstrates a verifiable improvement in the human rights situation in Hong Kong, the Xinjiang Uyghur region, Tibet, Inner Mongolia and elsewhere in China”.

The resolution had a focus on the Hong Kong crackdown and cited numerous specific instances of concern, including “notably” the shutdown of the pro-democracy newspaper Apple Daily and prosecution of staff and owners, the introduction and use of the national security law and a dob-in community hotline, and changes to education, the courts, and elections.

“The promotion of and respect for human rights, democracy and the rule of law should remain at the centre of the longstanding relationship between the EU and China, in line with the EU’s commitment to upholding these values in its external action and China’s expressed interest in adhering to them in its own development and international cooperation,” it said.

Beijing has so far resisted calls for it to improve its human rights record in the face of an Olympics boycott movement, instead denying any wrongdoing and accusing countries of interfering in internal affairs.

In response to separate boycott calls by the UK’s Labour party, China’s ministry of foreign affairs said on Thursday it accused some people of attempting to disrupt or sabotage the Olympics “out of political motivation”.

“China firmly opposes the politicisation of sports, and the interference in other countries’ internal affairs by using human rights issues as a pretext,” said the ministry spokesperson, Wang Wenbin.

The EU resolution is the latest flashpoint between the EU and China over the latter’s human rights issues, with recent tit-for-tat sanctions prompting the freezing of a trade deal before it was even ratified. The resolution said the deal would stay blocked until China lifted sanctions on EU parliamentarians and scholars.

China’s nationalistic state-owned tabloid, the Global Times, decried the resolution as the act of “a collection of the most radical and extreme ideologies in western society, providing a stage for various political vices attempting to draw wide attention”.

“At the [European parliament], regardless of facts, responsibility and consequences, those anti-China forces just attempt to achieve the loudest voice and biggest impact,” it said, advising the body to “restrain themselves”. “Beijing will not exchange China’s core interests for some European forces’ support of the Winter Olympic Games.”

However, the editorial said the “destructive” effect of the EU parliament could not be underestimated, noting the blocked trade deal. “This proves that their efforts are not that futile,” it said.