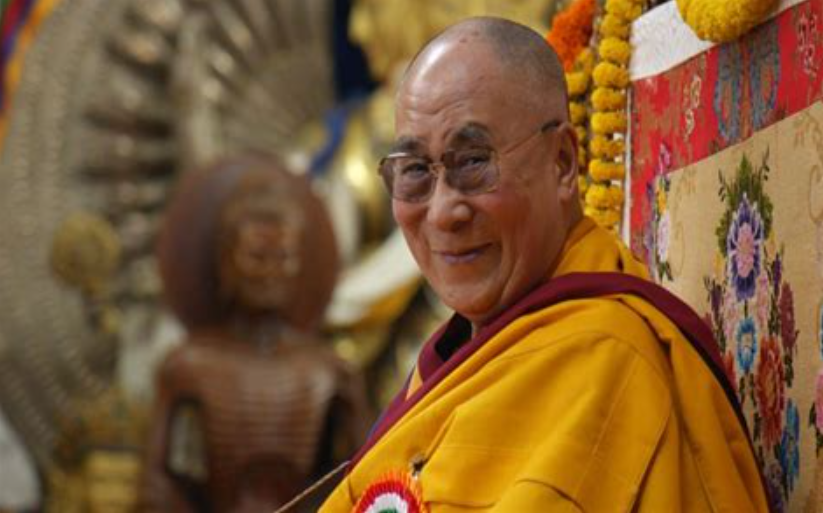 International Campaign for Tibet (14.07.2021) – https://bit.ly/3B3BBQX – A new code of conduct for members of the Chinese Communist Party in the Tibet Autonomous Region explicitly forbids party members from all forms of religiosity in both public and private life.

The six-point code of conduct, currently in trial, is significant for being perhaps the first party regulation that clearly and comprehensively details the specific types of religiosity forbidden for party members in the TAR. Examples of explicitly forbidden conduct include wearing rosary beads or religious imagery, forwarding or liking religious materials online and circumambulating mountains and lakes.

Party members are also required to take on an active role to propagate the party’s anti-religion stance by advising relatives to downplay their religious consciousness, not set up altars or hang religious imagery in homes, and seek party approval before inviting religious personnel to conduct rituals for customary occasions such as weddings and funerals.

According to state media, a study campaign to promote strict compliance to the code of conduct by party members is currently underway in various parts of the TAR. For example, on May 14, the party branch of Tsamchu (Chinese: Cangqu) Village in Nyima County, Nagchu City, held a study meeting for 32 branch party members. Two other study meetings were held for party members at the Singe Khabab (Shiquanhe) Seismic Station (May 19) and at a primary school in Yakra (Yare) Township in Drongba County, Shigatse (May 20). Similar study meetings have also been conducted in Lhasa, Nyingtri and Metok counties in May and June.

In addition to studying the code of conduct, the campaign stresses ideological conformity and political responsibility from all the party members in the TAR.

The code of conduct for the TAR, however, appears to be unique as no equivalent code on religion is found for party members in other Chinese provinces and “autonomous” regions. Xinjiang, with a Muslim majority, is the nearest comparable region to the majority-Buddhist TAR; however, ICT has not found an equivalent code of conduct forbidding Islamic religiosity for party members in Xinjiang. The unique nature of the code of conduct points to the TAR party leaders exercising their latitude in focusing on Tibetan Buddhist religiosity in implementing the central party directives against religion and party building in the TAR.

Against the backdrop of a growing number of new laws on controlling and limiting Tibetan Buddhist practices and containing the spread of Tibetan Buddhism in the Chinese heartland, the newly issued code of conduct for the TAR party members uniquely defines what is not permissible for Tibetan party members in the TAR. The code not only forbids party members from all forms of religiosity (both subtle and overt) at an individual level, but it also extends their obligation as party advisors to their family and society at large. By obligating party members to advise their family members and relatives not to participate in religious activities, the party seemingly aims to make a direct impact on over 50% of the Tibetan society in the TAR to not believe in Tibetan Buddhism. For instance, 57,000 party members in the Tibetan capital of Lhasa constitute around 10% of the Lhasa population. Assuming a family of three—although an average household size in the TAR is 4—with two relatives in the city, the party can percolate its ideal directly onto at least 50% of the Lhasa population.

Religiosity forbidden for the party members in the TAR and their obligation as party advisors in the code of conduct are as follows:

The obligations of Tibetan party members toward family members and the society are:

Party leaders in the TAR demand strict performative compliance from Tibetan party members, who often face conflicts between their faith and party discipline. Unlike party members in other parts of China, Tibetans not only join the party for pragmatic reasons (such as for personal advancement), but they also join the party to work within the regime to make a difference in the lives of their fellow Tibetans, despite not being trusted with important and strategic leadership positions. Overturning the Buddhist faith in their homeland was not an ideal for joining the party, nor was erasing their Tibetan identity in favor of a Communist or Chinese identity.

When in conflict with the party ideals and policies, Tibetan party members have had to undergo tumultuous turns in their lives. This is exemplified in the life of the famous Tibetan revolutionary Bapa Phutsok Wangyal, who struggled for the welfare of the Tibetan people throughout his life. Bapa was imprisoned in solitary confinement for 18 years (1960-1978)—during which his vocal cord was damaged for not having spoken at all for six years—for his outspoken criticism of the socialist reforms in Tibet and against Han chauvinism in the early years of the CCP’s revolution in Tibet.

The contradiction between faith and party idealism is an ongoing challenge for the party leadership in cultivating loyal Tibetan party members for the party’s effective governance of Tibet. With no real progress in eliminating the Tibetan party members’ belief in their faith and identity in the “70 years of peaceful liberation,” the Code of Conduct for Communist Party Members in the Tibet Autonomous Region for Not Believing in Religion appears to be the latest attempt at strengthening the party through a region-specific party regulation comprehensively forbidding Tibetan religiosity.

This is part of the study material being distributed to party members and cadres in the Tibet Autonomous Region from April this year.