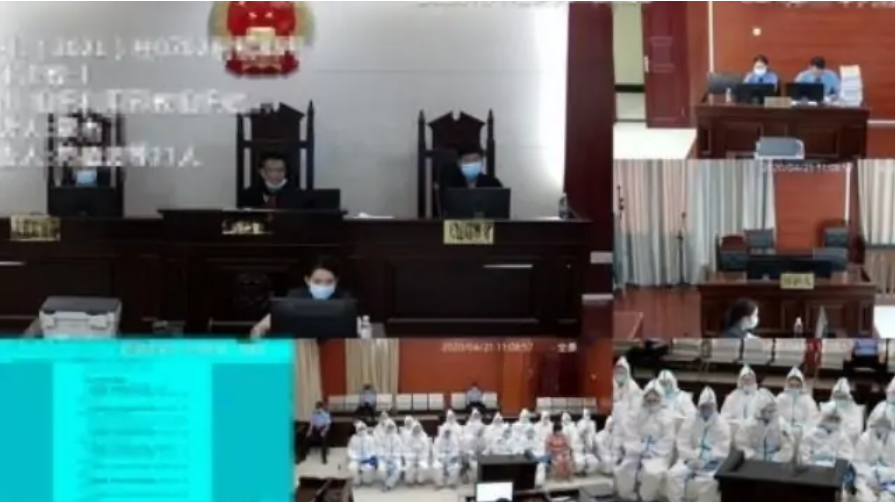 As the banned Christian movement continues to be active, persecution intensifies.

By Qi Junzao (Uses a pseudonym for security reasons)

Bitter Winter (18.06.2021) – https://bit.ly/3hcjG1f – On June 7, 2021, the Qinnan District People’s Court of Qinzhou city, Guangxi Zhuang Autonomous Region (GZAR), sentenced 21 members of the Christian new religious movement known as “Bloody Holy Spirit” (血水圣灵) to jail penalties under Article 300 of the Chinese Criminal Code, which forbids being active in a banned religious movement classified as a xie jiao. 15 of them were women.

They were part of a group of Bloody Holy Spirit devotees detained by the Qinnan Branch of Qinzhou City Public Security Bureau on September 2, 2020, and formally arrested on October 1, 2020.

The police found that the movement was active in Qinzhou city and Fangchenggang city, both in GZAR, where it had established several churches and a “Youth Formation Group” that was training more than 20 minors.

On August 17, 2020, the devotees hold a meeting for the anniversary of the foundation of the movement in Qinnan district, Qinzhou city. The meeting was raided and 24 participants arrested. According to the decision, the police also seized “113 books, 989 loose propaganda materials, 183 CDs, 1 notice paper, 2 large advertising cloths, 3 calendars, 2 diaries, 48 signs, 37 paper plates, and 2 photographs.”

The court also claimed that a well-organized fundraising operation had been organized through a “Logistics Business Group.”

The movement is mercilessly persecuted in China. In the last month of April, Bitter Winter reported on a similar case in Jiangxi, where members of the Bloody Holy Spirit received heavy jail penalties.

The official name of the group is Blood and Water of Jesus Christ and Holy Spirit Full Gospel Evangelistic Group (血水圣灵全备福音布道团). The movement was founded in Taiwan by Zuo Kun (左坤), aka Moses Tsuo (b. 1930), a former local leader of the New Testament Church (新约教会), founded by Taiwanese actress Kong Duen-Yee (江端仪, 1923–1966), who separated from the parent organization in August 1988. The movement claims to be a restoration of the primitive Christian church. In China, the Bloody Holy Spirit was included in the list of the xie jiao in 1995.