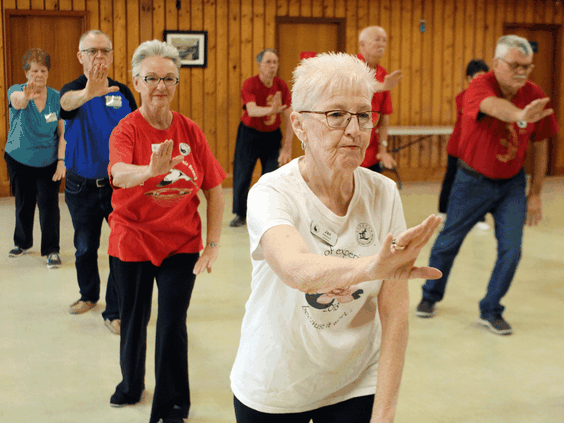 HRWF (01.11.2021) – According to international human rights standards, freedom of religion or belief involves

the right to have or not to have a religion or beliefs,

the right to share one’s religion, beliefs or worldviews and to make new members

the right to freedom of worship and assembly

Many democratic countries have understood that religious and belief groups can contribute to the well-being of their citizens and of their society, and have granted them some financial advantages, in terms of tax exemption for example.

Canada is one of those democratic countries which has a broad-minded approach of the usefulness of religions as a recent court ruling has shown.

In September last, the High Court in Quebec, District of Montreal, ruled in a case opposing the Fung Loy Kok Institute of Taoism to the city of Montreal that Taoist Tai Chi, as developed by a Toronto-area monk, is a religion and its centres should be tax free.

Consequently, the Court ordered three cities – Montreal, Sherbrooke and Longueil – to provide exemption from property, municipal and school taxes to their centres and to reimburse taxes already paid by the three branches of the Fung Loy Kok Institute of Taoism.

The applicants were seeking exemption on the grounds that Taoist tai chi as practised, taught and disseminated in Canada by the Chinese monk Moy Lin-Shin was to be regarded as a religion rather than an institute for physical exercise. It is also to be noted that the Taoist Tai Chi Institute offers classes in return for payment and that many of those paying fees to take tai chi classes are not really Taoist adherents.

About the religious character of the objects of the Taoism Institute

The objects of the Taoism Institute are:

(b)  To conduct public or private meetings of a religious nature such as religious services;

(c)   To establish, maintain and conduct classes on Taoist philosophy and religion, and related subjects, for the education of the general public; and

Further, the information on the trademark for Taoist Tai Chi granted in 2012 by the Canadian Intellectual Property Office included a list of its services which were all of religious, spiritual and cultural nature such as ceremonies, teachings, training, meetings and exhibitions, seminars, workshops, classes, social and cultural activities.

The Quebec Court facing the question “What constitutes a religion and a religious institution?”

The court’s 50-page opinion includes a lengthy discussion on what is a religion and what is a religious institution. In the light of its conclusion, it had to answer two concrete questions:

Judge Yergeau acknowledged that tax authorities have to be careful about the (claimed) religious character of some groups because some of them just want to avoid paying taxes and are not religious in nature.

Members of major monotheistic faiths such as Judaism and Islam study texts like the Torah and Koran but Taoists pursue their beliefs through bodily activity such as rituals and meditation, according to the Institute’s expert, Canadian professor James Miller of China’s Duke Kunshan University.

As to the three cities’ expert, Prof. Frédéric Castel of the University of Quebec at Montreal, argued that the Institute is not a religion because it lacks a community of worshippers with shared beliefs. Most of the people who attend the centres are there for physical exercise, do not to pursue Taoism, the cities’ expert told the court.

While the Institute reports 2,000 members in Quebec, the latest census data indicates that only 280 people in the province identify as Taoists.

the institute is no less a religion because a larger number of people are only there for tai chi, he said. Most of those who visit Chartres Cathedral in France, the Blue Mosque in Istanbul or the Saihō-ji temple in Kyoto are tourists who do not practise those religions, but that doesn’t mean the sites themselves are not religious, the judge said.

Slightly complicating the matter, the three Quebec centres — in Montreal, Sherbrooke and Longueuil — were run by a different Taoist tai chi organization until 2013 and had been granted a separate tax exemption, one for non-profit organizations offering sporting activities.

But Fung Loy Kok wanted to be officially considered a religion and to be entitled to the tax exemption as such, not as a non-profit association, according to the Institute’s lawyer, Jonathan Fecteau.

At the end of the hearing of the two experts and the lawyers’ arguments, the Court came to the conclusion that both the first and the second of the two concrete questions were to be answered in the affirmative.

In conclusion, in Canada, a court

In Taiwan, for 25 years, the taxation administration

This is the difference between a full-fledged democracy and a democracy which has not got rid yet of the ghosts of its dictatorial past.