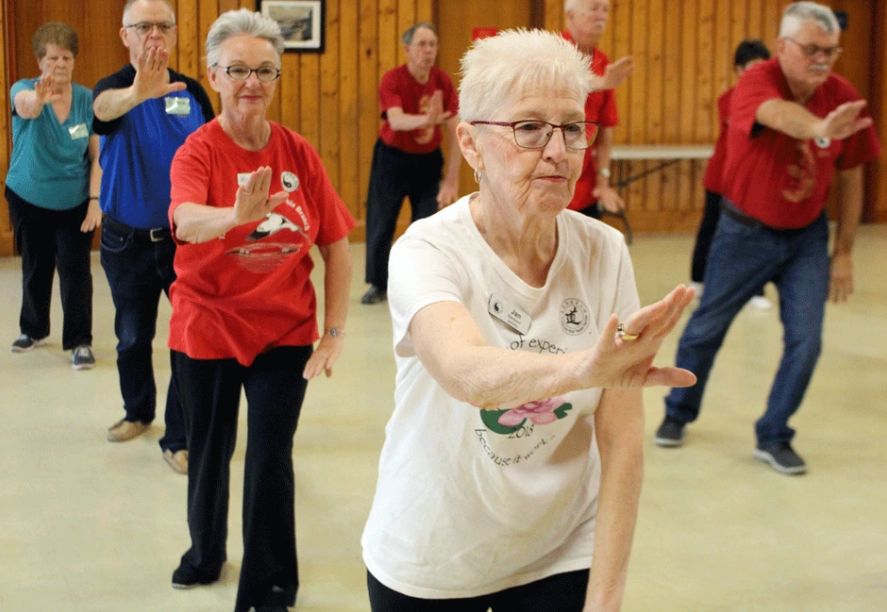 The institute is no less a religion because a larger number of people are only there for tai chi, the judge said

Windsor Star (07.10.2021) – https://bit.ly/3arwwWu – It’s practised in public parks, gyms and other places across the country, participants bending and stretching in peaceful unison.

But is the ancient Chinese practice of tai chi just a form of physical exercise, or can it sometimes constitute a religion that makes the buildings where it takes place exempt from property tax?

A new Quebec ruling — full of musing about the definition of faith — concludes that Taoist Tai chi as developed by a Toronto-area monk, at least, is a religion and that its centres deserve to be tax free. It doesn’t matter that many of those paying fees to take tai chi classes are not really Taoist adherents, said Justice Michel Yergeau.

He ordered three Quebec cities to provide the exemption and reimburse taxes already paid by branches of the Fung Loy Kok Institute of Taoism.

Yergeau acknowledged that tax authorities have to be careful because some property owners claim religious exemptions just to avoid paying taxes, as a hoax or “to ridicule the religious.”

“(But) this is not the case here,” the Quebec Superior Court judge concluded. “This is not a fiction or a facade constructed from scratch by a legal person to conceal a lucrative activity related to the practice of tai chi.”

The ruling dealt specifically with Taoist Tai chi, not tai chi chuan, which is considered a non-competitive martial art.

Canadian courts have often tackled religious issues, Yergeau said, but mostly questions of religious freedom. The case law is “rather thin on the concept of religion itself” and what defines it, he said.

To make that determination in the tax dispute, he drew largely on the evidence of the two sides’ academic experts, one insisting Taoist Tai chi is a religion, the other disagreeing.

Slightly muddying the waters, the three Quebec centres — in Montreal, Sherbrooke and Longueuil — were run by a different Taoist Tai chi organization until 2013 and had been granted a separate tax exemption, one for non-profit organizations offering sporting activities.

But Fung Loy Kok wanted to be officially considered a religion and refused to rely on that past exemption, said the institute’s lawyer, Jonathan Fecteau.

A lawyer representing the municipalities could not be reached for comment. But the cities all rejected the requests for a religious exemption, setting the stage for the institute’s lawsuit.

So what does define a religion? The expert witnesses agreed that it must conceive of the world in a supernatural way that establishes a place for humans in the cosmos; include a moral code with rules of conduct; and have worship in the form of assemblies, ceremonies and rites of transition, said the judge.

Taosim in its current form — which both experts agreed is a religion — dates to the second century B.C., and by the 18th century it had begun to incorporate tai chi, Yergeau said.

In 1968, a monk in Hong Kong named Moy Lin-Shin founded the Fung Loy Kok Taoist Institute, practising a form of Taoism actually centred around tai chi. He immigrated to the Toronto area two years later, living in Canada until his death in 1998.

The institute’s branches, now located across the country, have altars dedicated to certain deities, a moral code advocating simplicity, compassion and altruism, and celebrations marking some Chinese holidays, noted the judge, which appears to align them with the religion definition.

Members of major monotheistic faiths such as Judaism and Islam study texts like the Torah and Koran. But Taoists pursue their beliefs through bodily activity such as rituals, meditation — and tai chi, Yergeau quoted the institute’s expert — Canadian professor James Miller of China’s Duke Kunshan University — as saying.

But the cities’ expert, Prof. Frédéric Castel of the University of Quebec at Montreal, argued the institute is not a religion because it lacks a community of worshipers with shared beliefs.

Most of the people who attend the centres are there for exercise, not to pursue Taoism, he told the court. While the institute reports 2,000 members in Quebec, the latest census data indicates that only 280 people in the province identify as Taoists.

But the judge said there is still a core group who follow Taoism. The institute is no less a religion because a larger number of people are only there for tai chi, he said. Most of those who visit Chartres Cathedral in France, the Blue Mosque in Istanbul or the Saihō-ji temple in Kyoto are tourists who don’t practise those religions, but that doesn’t mean the sites themselves are not religious, said Yergeau.

“It is not for the court to judge the depth of the religious conviction of the members or to establish a threshold below which the label of religious institution would be refused,” he said. “To venture down this path would lead the court to interfere with intimate beliefs.”

Is Tai Chi to be regarded as a religion in Canada?