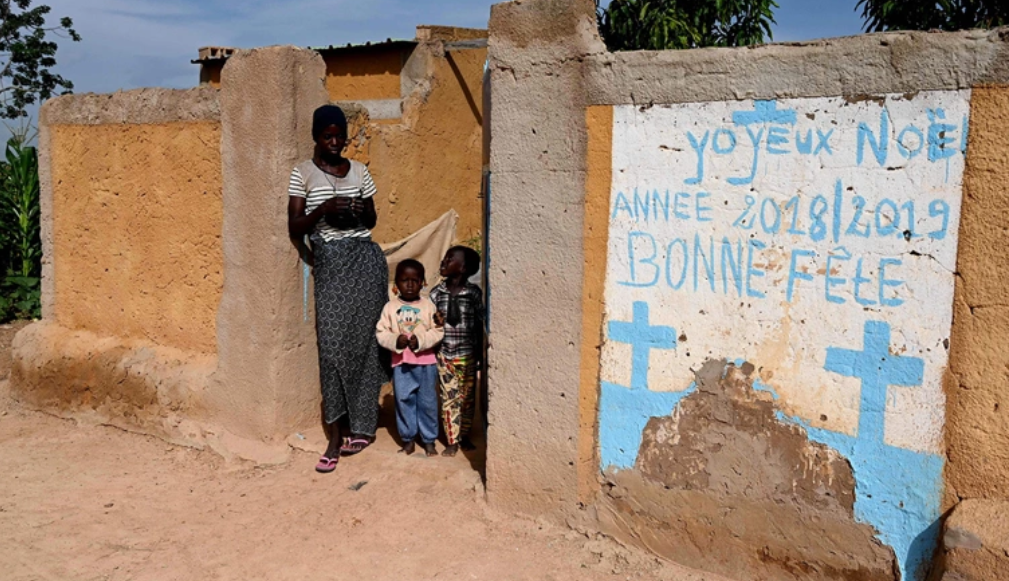 The Christian Post (22.05.2021) – https://bit.ly/3oQoay0 – Suspected jihadists ambushed a baptism ceremony where they killed 15 Christians in northern Burkina Faso’s Oudalan province near the Mali border, according to a report.

The attack occurred in the Adjarara area, about 4 miles from Tin-Akoff, on Tuesday, the Sahel region’s governor, Col. Salfo Kabor, confirmed in a statement, the U.S.-based persecution watchdog International Christian Concern reported Friday.

“People are shocked and many are running,” Moha A.G. Agraz, a Tin-Akoff native, was quoted as saying.

The al-Qaeda and Islamic State terror groups have been launching attacks in West Africa since January, but no group has claimed responsibility for the latest attack.

Last May, 58 people, including children, were killed within 24 hours in three separate attacks in the provinces of Loroum, Kompienga and Sanmatenga by armed Islamic militants who were targeting Christians, the U.K.-based aid agency Barnabus Fund reported at the time.

Burkina Faso, one of the most impoverished countries in the world, has been fighting armed groups with links to al-Qaeda and the Islamic State for about five years.

Since 2016, extremist groups including the Islamic State West Africa Province and Ansaroul Islam have carried out hundreds of attacks throughout the Sahel region of West Africa. But attacks increased in 2019 — deaths rose from 80 in 2016 to 1,800 in 2019.

“Attacks on both Muslim and Christian houses of worship and religious leaders have spiked as jihadist and other militia groups expand their area of influence throughout the country,” the U.S. Commission on International Religious Freedom said in a report last year. “The government is struggling to rein in the violence, and poor performance and misconduct by government-affiliated forces are exacerbating the situation.”

“Analysts posit that the selection of religious targets, even by fighters with jihadist-affiliated armed groups, may not always be religiously motivated. Attacks against religious leaders and houses of worship resemble other attacks on local authorities and symbols of foreign influence, as these groups attempt to establish control over certain areas for political and economic gain,” the report added.

USCIRF explained that many jihadists fled to the border region of Mali, Burkina Faso, and Niger, where they regrouped after the French defeat of insurgents and jihadists in northern Mali in 2012 and 2013. “Since 2016, both al-Qaeda and Islamic State affiliates have expanded their reach deep into the Burkinabe territory, aggravating other local tensions and triggering a security crisis.”

Jihadist violence has spread from the country’s north to the western Boucle du Mouhoun region where rice and maize are produced and transported to other areas, resulting in a food shortage and might cut off food for millions more in the region, The Associated Press reported earlier.

It is feared that the COVID-19 pandemic might exacerbate the situation at a time when 2 million people in the country are already facing food insecurity.

Further reading about FORB in Burkina Faso on HRWF website