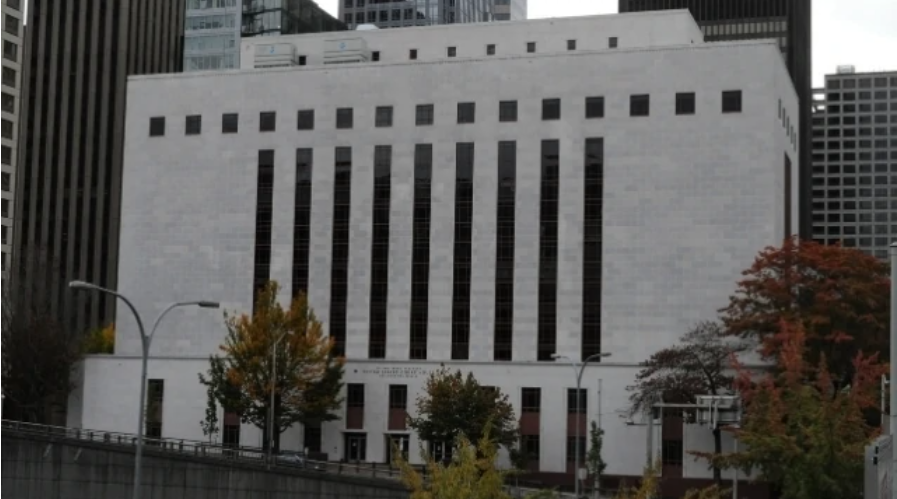 Contrary to other courts in several countries, the Belgian judges dangerously intruded into the internal organization of a religious group.

Bitter Winter (18.03.2021) – https://bit.ly/3r17SBO – In a precedent article, I discussed the decision of the Court of Ghent, Belgium, which fined the Jehovah’s Witnesses because they suggest that their members do not associate with those who have been disfellowshipped or have left the congregation. I noted that, contrary to accusations by opponents, an exception is made for the immediate family members.

In this second article, I examine some precedents that have established, in my opinion correctly, that the so-called “ostracism” as practiced by the Jehovah’s Witnesses is protected by their right to religious liberty.

The first substantial discussion of the practice is included in the 1987 decision of the United States Court of Appeal for the Ninth Circuit Paul v. Watchtower Bible and Tract Society of New York, Inc., which is quoted in all subsequent American cases. The court acknowledged that the plaintiff has experienced some unpleasant incidents in being “shunned” by close friends who were Jehovah’s Witnesses after she was disfellowshipped. Nonetheless, the court maintained that, “Shunning is a practice engaged in by Jehovah’s Witnesses pursuant to their interpretation of canonical text, and we are not free to reinterpret that text. Under both the United States and Washington Constitutions, the defendants are entitled to the free exercise of their religious beliefs… the imposition of tort damages on the Jehovah’s Witnesses for engaging in the religious practice of shunning would constitute a direct burden on religion… In sum, a state tort law prohibition against shunning would directly restrict the free exercise of the Jehovah’s Witnesses’ religious faith.”

The plaintiff argued that shunning had caused to her emotional distress. This may well be true, the court answered, but the harm was “clearly not of the type that would justify the imposition of tort liability for religious conduct. No physical assault or battery occurred. Intangible or emotional harms cannot ordinarily serve as a basis for maintaining a tort cause of action against a church for its practices—or against its members. […] Offense to someone’s sensibilities resulting from religious conduct is simply not actionable in tort. […] Without society’s tolerance of offenses to sensibility, the protection of religious differences mandated by the first amendment would be meaningless.”

In this old decision, we find already a convincing criticism of the anti-cult claims based on “emotional harm.” While “physical assault or battery” are clearly not justified by an appeal to freedom of religion, if courts were allowed to sanction religious groups for inflicting “emotional harm,” that would be the end of religious liberty as we know it. And perhaps of other liberties, too. One can imagine a student suing a professor for the “emotional harm” suffered after failing an exam. The court correctly concluded that, “The members of the Church [Ms.] Paul decided to abandon have concluded that they no longer want to associate with her. We hold that they are free to make that choice. The Jehovah’s Witnesses’ practice of shunning is protected under the first amendment of the United States Constitution.”

In 2007, the Court of Appeals of Tennessee observed that, “The doctrines of the Jehovah’s Witnesses and their reading of scripture require that their members ostracize individuals who have been disfellowshipped. While there is no question that this practice has resulted in a painful experience for the Andersons [the plaintiffs in the case], the law does not provide a remedy for such harm. For example, in other contexts, family members sometimes become estranged from each other for various reasons on their own volition, and the law does not recognize a basis for suit for the pain caused by such estrangement. Courts are not empowered to force any individual to associate with anyone else.” “Shunning, the court said,  is a part of the Jehovah’s Witnesses belief system. Individuals who choose to join the Church voluntarily accept the governance of the Church and subject themselves to being shunned if they are disfellowshipped.”

In 2010, the Administrative Court of Berlin examined a complaint by a disfellowshipped Jehovah’s Witness against the public announcement in congregational meetings of the measure against him, since “members of the association should have no social contact with disfellowshipped persons,” and it would become impossible for him to “to have a picnic, celebrate, do sports, go shopping, go to the theatre, have a meal at home or in a restaurant” with friends who remained in the Jehovah’s Witnesses. The court denied the request, commenting that the Jehovah’s Witnesses’ policy on these matters “is not subject to state authority” and is protected by “freedom of religion, the separation of Church and state, and the right of religious associations to self-determination.” How the Jehovah’s Witnesses decide to “exercise their constitutionally guaranteed right to self-determination” is something the state should not interfere with. Disfellowshipping policies and the so called “ostracism” are “internal church measures.”

The Italian Supreme Court (Cassazione) in 2017 ruled that the so called “ostracism” is also protected by the principle of non-interference. The decision observed that in this case “ostracism” is “a refusal to associate” with the disfellowshipped ex-member, and “no law requires a person to behave in the opposite manner.” As a conclusion, “no discrimination took place.” Even if one would argue that refusing to associate with disfellowshipped members violate “good manners and civilized behavior,” this would not “constitute a justiciable crime or civil tort.” Individuals, and even a whole “category,” have a right to decide to “break off or interrupt personal relations,” and courts have no business in telling them otherwise.

On March 17, 2020, in Otuo v. Morley and Watch Tower Bible and Tract Society of Britain, the Court of Appeal in London, Queen’s Bench Division, upheld a High Court decision of 2019, which found that, “In accordance with Matthew 18:15–17 (the procedural compliance with which is not itself justiciable) it is to be expected that a [Christian] religious body which is guided by and which seeks to apply scriptural principles will have the power to procure that in an appropriate case a sinner can be expelled. Among other things, this is sensible, if not essential, because someone who is unable or unwilling to abide by scriptural principles not only does not properly belong as a member of such body but also, unless removed, may have an undesirable influence on the faithful.” Protecting the faithful from such an “undesirable influence” is thus not a violation of the disfellowshipped member’s human rights, but a right of the congregation.

In Belgium itself, the Court of Appeal of Mons on 10 January 2012 dismissed the charge of discrimination, ruling that Jehovah’s Witnesses have a right to determine their own internal rules. On 5 November 2018, the Brussels Court of Appeals confirmed that a religious congregation is free to suggest its own standards of behavior to its members, and that individual congregants have the right to decide to restrict their association with a former congregant. On February 7, 2019, the Court of Cassation confirmed the decision.

In the case of Jehovah’s Witnesses of Moscow v. Russia (2010), the European Court of Human Rights confirmed that Jehovah’s Witnesses are a “known religion” and stated that “it is a common feature of many religions that they determine doctrinal standards of behavior by which their followers must abide in their private lives.”

In fact, everything that needed to be said was already said in 1987 in the Paul decision. Yes, as the Court of Ghent observed, the right of religious bodies to self-organize themselves is not absolute. “Physical assault or battery” certainly justify the intervention of secular courts of law. But “emotional harm” does not. When old friends decide to no longer associate with us—because we divorced their beloved sister, voted for a presidential candidate they found disgusting, or changed our religion—we all suffer “emotional harm.” But compelling these ex-friends to continue our association with us, or punishing organizations that suggest that what they do is morally appropriate, would be a gross violation of individual and corporate liberty.

Photo : The United States Courthouse (later renamed after William K. Nakamura) in Seattle, where the landmark decision Paul was rendered in 1987 (credits).