BELGIUM: The Ghent Jehovah’s Witness decision: dangerous for all religions 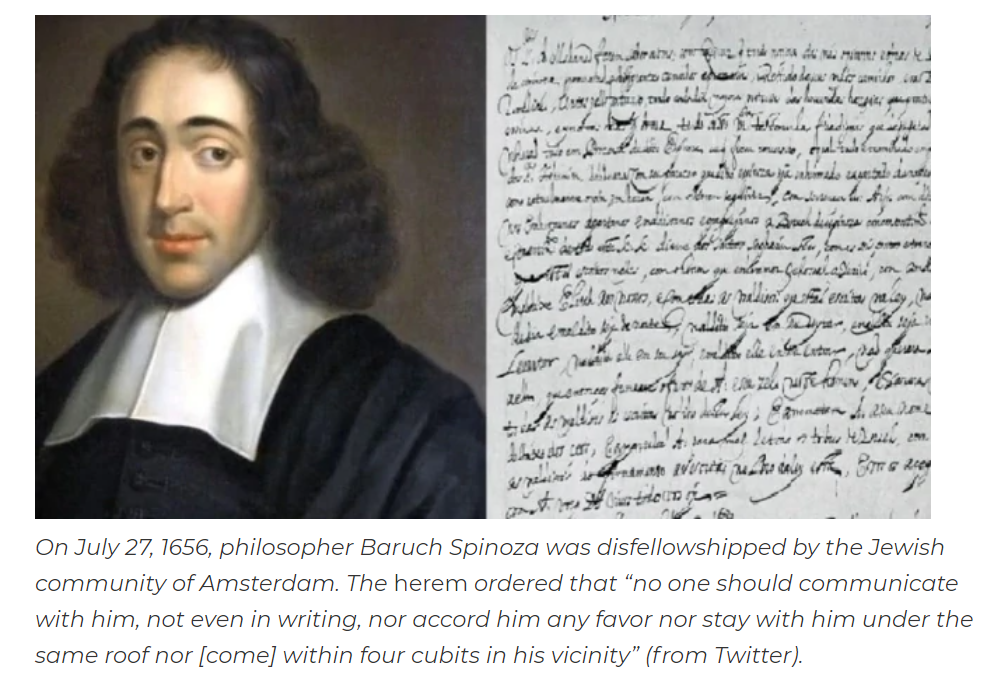 Suggesting that current members do not associate with “apostate” ex-members has been historically common in many religions.

Bitter Winter (19.03.2021) – https://bit.ly/3ltfEU2 – The decision rendered on March 16, 2021 by the Court of Ghent in Belgium, which states that suggesting that current members of a religious organization do not associate with ex-members who have been disfellowshipped or have left the organization amounts to discrimination and incitement to hatred, is not dangerous for the religious liberty of Jehovah’s Witnesses only. It represents a danger for all religions, not only because of the intrusion into the sphere of autonomy of a religious body (discussed in the second article of this series), but also because the practice of “shunning” so-called “apostate” ex-members (a technical term used by sociologists without any negative implication) is hardly unique to the Jehovah’s Witnesses.

Several new religious movements have similar policies. I would not insist on them, because of the possible objection that “ostracism” is in fact typical of “cults,” although not many would use the word “cult” for the Amish, whose shunning practices are the subject of several novels and movies.

But “shunning” the “apostates” is also part of mainline religions. In Medieval and early modern Judaism, the community, including the close relatives, regarded the apostate as morally dead. The apostate was mentioned by using the language usually reserved for the deceased persons, a very effective kind of “shunning.” Talmudic Judaism had the notions of niddui, a less severe form of social isolation, and herem, which was more radical. The apostate, as well any other subject to herem had to live in confinement with his family only, no outsider being allowed to come near him, eat and drink with him, greet him. After his death, his coffin would be stoned, if only symbolically by placing a single stone on it. It was a sort of civil death; and indeed, it was said that “a Jew on whom a herem lies can be regarded as dead.” This practice survives to this very day in some ultra-Orthodox Jewish communities.

There is a large literature about apostasy in Islam. Although the relevant texts of the Quran may be subject to different interpretation, and today there are liberals insisting that execution is not mandatory, the opinion that apostates from Islam should be killed is still widespread. Several Islamic states maintain laws considering apostasy from Islam a crime to be punished by the death penalty. Authoritative theologians consider killing an apostate a virtuous deed. Some liberals, and the dissident Ahmadi Muslims (who are themselves regarded as apostates and persecuted by mainline Muslims in Pakistan and elsewhere), try to argue that death penalty for the apostates was never really taught by Islam. As historian David Cook noted, their efforts are politically “laudable” and may even save some lives, but are historically untenable. Cook states that “it is really amazing (…) to note the ease with which they ignore the weight of the entire Muslim legal tradition.” “The accepted punishment for apostasy from early stages of Islam was death.” It is true that the penalty was not applied with the same regularity in different times and regions. However, “This attitude has been strengthened immensely over the centuries to the point where even when modern Arab or Muslim states abolish the death penalty for apostasy, it is usually enforced by the enraged populace” (Cook, “Apostasy from Islam: A Historical Perspective.” Jerusalem Studies in Arabic and Islam 31:248–88).

When Constantinian Christianity went from persecuted minority to state religion, it quickly obtained from the Roman Emperors laws mandating the execution of those Christians who would apostatize and return to the pagan rites (Codex Justinianus I,11:1 and 7). Those who would induce Christians to apostatize should also be executed (Codex Justinianus I,7:5). If arrests and executions would be carried out timely, there should be no risk that Christians would put their faith at danger by associating with apostates. However, to be on the safer side, the Codex Justinianus (I,7:3) also mandated that apostates “shall be separated from association with all other persons.”

In more recent centuries, apostates from Christianity managed to escape execution, but still they were harassed in several different ways. Apostates who had been priests were particularly singled out. As late as 1929, in its Concordat with Italy, the Catholic Church obtained from the government that “apostate” ex-priests would be prevented from teachings in all kind of state schools or “be hired or maintain any employment or job placing them in direct contact with the public” (Concordat of February 11, 1929, art. 5). This was Fascist Italy, but the provision remained in the democratic Italian Republic, was successfully defended (if through a technicality) against a challenge before the Constitutional Court in 1962, and was finally abolished only in 1984.

The Orthodox practice was very similar to its Catholic counterpart, which is not surprising, given the common roots in the post-Constantinian legal tradition of Rome and Byzantium. The authoritative Russian Orthodox Encyclopedia (Moscow: Church Research Center “Orthodox Encyclopedia”, vol. 2, pp. 274–79), discussing the practice of anathema, compares it to herem in Judaism, and reminds its readers that anathema is different from excommunication. While the excommunicated person is excluded from certain rituals but is still regarded as a member of the Church and is not shunned, those anathematized are completely cast off from the Church and should be “avoided” by all believers. It is by no means a practice of the past. The Orthodox Encyclopedia mentions the recent cases of dissident priest and human rights activist Gleb Yakunin (1936–2014) and of Patriarch Filaret of Kiev (b. 1929), very much in the news recently as the founder of an autocephalous Ukrainian Orthodox Church separated from the Patriarchate of Moscow, and of those associating with “cults and sects,” including Theosophy and Spiritualism. All these persons should be shunned.

Similar practices exist or existed among several Hindus and Buddhist communities. Clearly, all or most faiths find in their scriptures and theologies reasons suggesting that their members should not associate with apostate ex-members.

Nor is this limited to apostates. I would like to conclude this series with a personal note. I am a Roman Catholic, and one who is divorced and remarried. Although not only the present Pope Francis, but also his predecessor Pope Benedict XVI, told divorced and remarried Catholics that they should feel part of their local Catholic communities, and be treated as such, I have among my friends people of all religious persuasions. Some of them are conservative Catholics and, no matter what the Popes might have said, have decided to cease any association with me after my divorce. Some were friends I knew from my college years. The end of these friendships was certainly painful. Yet, I respected their free decision not to associate with me any longer, and certainly did not ask a court of law to compel them to continue our friendship, nor did I sue the conservative theologians who support this behavior asking for damages or fines. This was not generosity. It was simply common sense, and it should apply to the Jehovah’s Witnesses—and to anybody else.