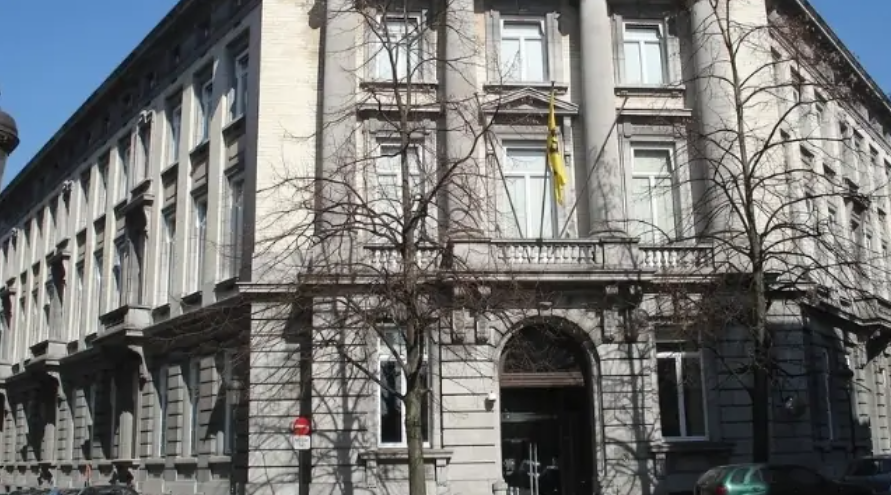 The Flemish draft law on religious communities: a critical analysis

The proposed decree feeds into the growing distrust of religion and raises serious religious freedom concerns.

*An introductory paper at the Special Meeting of the Freedom of Religion or Belief Roundtable Belgium “The New Flemish Legislation on Religion: A Cause for Concern,” June 2, 2021.

Bitter Winter (03.06.2021) – https://bit.ly/34GCcsM – In Flanders, a new Decree concerning the Recognition of Local Faith Communities is close to finalization (public information here). This article shortly introduces the context and the main elements of the proposed legislation, on the way listing some critical remarks and questions. It concludes that the proposed legislation feeds into an already polarized societal debate on religion and contains serious concerns from a FORB (freedom of religion or belief) perspective, not only for the (to be) recognized communities themselves, but also for religious communities which do not have or aim for official recognition.

As the Belgian system of public support for worldviews is quite complex and unequal, three introductory remarks are in place in view of understanding the proper place of the legislation under consideration. (1) The proposed regulations under consideration concern the (second-degree) recognition of a local community. This recognition allows a local religious community (a mosque, a church or a synagogue) to have a religious minister paid by the state and gives her the possibility to ask for financial assistance for some related costs, including the building and renovation of their place of worship. It will replace current Flemish legislation from 2004/2005. (2) The upcoming legislation will only apply to recognized religious communities. While currently seven worldviews are officially recognized in Belgium, it pertains only to local communities of the six recognized ‘religions’ (Anglican, Catholic, Islamic, Israelite, Orthodox and Protestant-Evangelical). The seventh fully recognized worldview is not a religion but a (humanistic/laic) non-confessional philosophy (recognition of Buddhism is upcoming). Their local operations will not fall under the proposed strict regime. (3) While recognition is a possibility for communities of these seven recognized worldviews, there exists a great imbalance in view of such local recognitions. Currently all Roman Catholic parishes have this recognition and are subsidized. In contrast, only a small minority of mosques and Evangelical communities have gained this local recognition in the past fifteen years.

The legislation under consideration aims at three things according to the explanatory memorandum: (a) to adapt the existing regulations for recognition in view of “better separating the wheat from the chaff”, (b) to strengthen control of the recognized religious communities and (c) to be able to sanction recognized religious communities. In what follows, we will discuss (A) the recognition requirements themselves (i.e., esp. Art. 7), and (B) the proposed new agency for the control and sanctioning of recognized communities (i.e., esp. Art. 21-28), called the “Information and Screening Service.” We will end with (C) some conclusions.

A1. Requirements regarding Structures and Finances.

Under the new regulations, a recognized religious community needs to have (a) a certain juridical structure and (b) its recognition must have the explicit approval of the religion’s representative organ. This implies that each religion is hierarchically structured, which does not fit some religions. Further, structures further need to be clear and fully transparent, which includes that information must be given on (c) all juridical structures which are related to a religious community, such as an educational or social welfare organization, and (d) their internal financial streams. To gain recognition and get subsidies, a religious community also needs to (e) demonstrate for four years that it is financially independent (art. 7 par 3 and 12). Thus, a religious community needs to demonstrate it doesn’t need state support to be eligible for it. In addition, art. 7 par 4 states explicitly that (f) the community cannot receive foreign funding which would jeopardize its independence. Hence, it should be able to function with money provided by the religious community members. Note, however, that such giving to the religious community is not without consequence. (g) Of every individual or organization contributing more than 500 euro per year to the community—which is 42 euro on a monthly basis—, personal data must be kept in a logbook, including name, address, nationality and place and date of birth of the giver (art. 18 §2). All related authorities can ask for this logbook at any time and thus get full insight in the giving habits of the community’s members.

A2. Requirements regarding the Recognized Religious Community and Society

For recognized communities, there is (a) the obligation for each foreign religious minister to successfully follow a civic integration course, and (b) the expectation that the Flemish language decrees are followed by the community. Also, (c) the religious community needs to explicitly demonstrate its societal value and a lack can result in loss of recognition. In concreto, so art. 7 par 5 says, for recognition a religious community (1) must have at least 200 members, (2) must maintain enduring relations with the local governments and (3) must maintain enduring relations with the local community (neighborhood). What the latter means exactly and what to do if the neighborhood is not willing to uphold enduring relations with a mosque, church or synagogue, is not clear. What is clear, is that it may be a reason for losing or not getting recognition.

A3. Requirements regarding the Recognized Religious Community and the Law

Concerning the rule of law, the decree explicates in art. 7 par 6 that all responsible persons of a faith community must “undertake that no one can, on the grounds of religious or philosophical motives, evade the applicable rules of law, the European Convention on Human Rights and the Constitution, or restrict the rights and obligations of others.” This seems to be either a contradiction in terms or at best a null statement, as the ECHR explicitly stipulates freedom of religion or belief, which allows for implications on rules, rights and obligations on the grounds of religious or philosophical motives. As such, this requirement endangers religious freedom for recognized religious communities. Second, it also potentially undermines a religious community’s prophetic capital, as it expects a religious community not to critically question reigning values, laws, rights and obligations.

The second element which requires attention is the Information and Screening service, which is erected in service of this decree. This control agency will, so the responsible minister assured the Flemish Parliament, become “one of the most performant inspection services of our Flemish administration.” It aims at a capacity of 19 fulltime equivalents and an annual budget of 3 million euro. This should enable the agency to control 95% of the religious communities every year. And the control officers will have far reaching powers. (a) They can come unexpectedly to a place of worship and (b) then must be given full access to all its spaces. They can (c) do identity controls of all present individuals—leaders, members, and guests. They can (d) immediately interrogate each individual present. They can (e) demand access to all documents in the building and demand copies they may find useful, or take them if they deem that necessary. They can (f) ask police assistance in their task. And if they find any breaches in the recognition requirements, they can sanction the religious community by (a) limiting or suspending their subsidies, (b) suspending their recognition for a certain period or (c) by annulling their recognition.

This short article does not allow for a nuanced discussion of each article of the proposed legislation, which also has its strengths in comparison with the existing regulations. But I hope the examples give sufficient ground for four critical conclusions from a FORB perspective:

In short, in its current formulation the proposed legislation willingly or unwillingly feeds into a growing distrust of religion. Religious communities are requested to denude themselves and put on a straitjacket to get or keep recognition—and refusing to do that is the more reason for suspicion. As such, the proposed legislation may well strengthen rather than alleviate already polarized views on religion in society and seriously undermine the freedoms and societal positions of both recognized and non-recognized religious communities.

Jelle Creemers coordinates the Institute for the Study of Freedom of Religion or Belief (ISFORB) at the Evangelische Theologische Faculteit, Leuven (Belgium) and is an Associate Professor and Department Chair of Religious Studies & Missiology in the same Faculty.