BELGIUM: Criminal Case Against the Jehovah’s Witnesses: The Bible in the Dock? 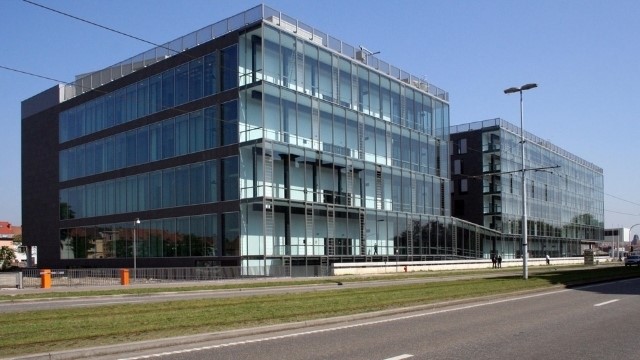 A criminal court in Ghent is called to examine how the Jehovah’s Witnesses deal with some of their ex-members. They maintain they just follow the Scripture.

by Willy Fautré, director of Human Rights Without Frontiers

Bitter Winter (26.02.2021) – https://bit.ly/2PbKHrf – On 16 February, a trial started against the Christian Congregation of Jehovah’s Witnesses (CCJW) at the criminal court of Ghent (East Flanders) on the alleged grounds of discrimination and incitement to hatred with a particular focus on their shunning (ostracization) practice in cases of disfellowshipping (exclusion) and disassociation (voluntary resignation).

A former Jehovah’ Witness who had voluntarily left the movement in 2011, filed a criminal complaint against the CCJW in 2015, and managed to have it supported by over a dozen more former Jehovah’s Witnesses. Four lawyers pleaded for the claimants when the first instance court opened the hearing. Their counsel took two hours and a half for presenting their arguments and the situation of their clients about their alleged family ostracization. Their plea was supported by the lawyer of UNIA, an inter-federal independent public institution financed by public money that fights discrimination and racism and promotes equal opportunities.

The CCJW was defended by two lawyers, who pleaded for about an hour and a half. They stressed to the judge that the claimants were in fact asking to have the Bible condemned, as it is the basis for the religious beliefs and practices adopted by Jehovah’s Witnesses. This would be the first time since the 16th century that a court in Western Europe would find the Bible criminally guilty, they said.

Half a dozen journalists were present to cover this unusual trial.

Who are the claimants?

The main plaintiff had not been excluded from Jehovah’s Witnesses but had left of his own will. His wife and their children were not excluded and did not resign, although they too joined the case as claimants.

Only two former Jehovah’s Witnesses had been excluded, one of them becoming a civil party on the very day of the trial.

Six had freely decided to recant their faith.

Five had neither left nor been excluded. They are still considered Jehovah’s Witnesses, though inactive.

The statements of the claimants

In statements relying more on emotions than on facts, the claimants made various allegations concerning alleged inhuman ostracization actions by their family members who are still Jehovah’s Witnesses.

However, in a number of cases, the claimants’ assertions concerning the alleged moral misbehavior of their family members were contradicted by the latter’s written and signed testimonies.

For instance, the brother-in-law of the main claimant said: “My brother-in-law (…) decided at a certain point in his life to disassociate himself as one of Jehovah’s Witness. I respected this and never had any feelings of hatred towards him. The contacts we have with each other are kept to a minimum; this is my personal decision which is based on the way he treats me, my family and my fellow believers (…) I sometimes meet his wife (and my sister-in-law) and their children, when I visit my parents-in-law. Although these contacts are not as warm as they used to be, they still take place in a friendly atmosphere. My wife also has contact with her sister and her children. These interactions usually take place at their parents’ place and are always cordial.”

The claimants also relied on statements of eight persons making various allegations about how their friends and family members who are Jehovah’s Witnesses have allegedly treated them unfairly. However, strange though it may be, none of those eight persons was excluded or resigned of his/her own will, which made their testimonies rather irrelevant.

In balance, the CCJW provided the Court with nine statements of individuals who had been excluded and who had since been reinstated as Jehovah’s Witnesses. These testimonies shed quite a different light on the matter. They explain how they had been fairly treated by congregation elders, family, and others in the congregation when they were disfellowshipped. Here are some excerpts from statements filed with the Court by two of them, whose names have been changed by the author:

“I was disfellowshipped as one of Jehovah’s Witnesses when I was 37 years old for a course of life that I knew was contrary to the Bible’s standards. I supported the decision of the elders to disfellowship me, knowing it was based on the Bible. The elders who met with me lovingly told me that my exclusion did not have to be permanent and that I could be restored and that this could happen quickly. Unfortunately, I made other poor choices in my life and I wandered even further astray (…) Although I was disfellowshipped, I would from time to time attend religious services of Jehovah’s Witnesses at their place of worship called a Kingdom Hall. The elders made me feel comfortable at those religious services, such as by providing me with religious literature so I could follow along with the discussions at those services (…) About three years ago, however, in 2017, I came in contact with a dear friend who is one of Jehovah’s Witnesses. I told her I wanted to return to the congregation. (…).”

“Were Jehovah’s Witnesses rude and disrespectful toward me? Never. I myself have never been hostile and disrespectful to them. Did my mother, who is one of Jehovah’s Witnesses, help me when I got sick? Yes. Could I still see my grandchildren? Yes. Could I attend congregation religious services if I wanted to? Yes. Did they still love me? Yes they did. Everyone was on the lookout for me. Did my family and friends adhere to what God desired of them, which included limiting their association with me? Yes, with difficulty and sadness but with faithfulness to God. Not because they were forced to by an organization.”

The cases raised at the Court in Ghent are obviously and exclusively family matters. It would be reductive to restrict the explanation for perturbated family relationships to religious beliefs or official policies. So many different situations may factor in that explain difference of views and values within a family as many of the protagonists have experienced in their own circumstances.

The CCJW considers it is not legally responsible for the intra-familial relations between its members and former members, as it is an individual decision.

All organized religions have exclusion or excommunication procedures in their statutes and Jehovah’s Witnesses are not an exception. As they state on their website “if a baptized Witness makes a practice of breaking the Bible’s moral code and does not repent, he or she will be shunned or disfellowshipped.” For them, this is a fundamental religious belief required by the Bible. In this regard, they often quote a number of verses from the New Testament, such as 1 Corinthians 5:6, 11-13 and 2 John 1, 9-11.

According to the internal religious practice of Jehovah’s Witnesses, when the elders of a local congregation exclude a member or are notified about a voluntary resignation, they make a short neutral public announcement which states: “[Name of person] is no longer one of Jehovah’s Witnesses”. The CCJW is not involved in the making of that neutral announcement but is notified about the decision.

In their conclusions provided to the Court before the trial, they say that they do not segregate excluded or resigning members as these can always attend their religious services. They also point out that baptized Jehovah’s Witnesses who no longer actively associate with fellow believers, are not shunned.

Clarifying the relations between Jehovah’s Witnesses and disfellowshipped or disassociated family members, they say: “In the immediate household, although the ‘religious ties’ the expelled or disassociated person had with his family change, … blood ties remain. The marriage relationship and normal family affections and dealings continue.” In other words, normal family affection and association continues.

In reality, what the whole case in Ghent is all about is an attempt to oblige the Witnesses to change their Bible-based religious practices.

In this regard, a number of scholars have examined disfellowshipping and shunning as practiced by Jehovah’s Witnesses. One such scholar, Dr. Massimo Introvigne, founder and managing director of the Center for Studies on New Religions (CESNUR), wrote: “By defending the rights of their judicial committees to remain free from state interference when they decide whether a member should be disfellowshipped or otherwise, and their right to interpret the Bible in the sense that it mandates shunning those who had been disfellowshipped, the Jehovah’s Witnesses are, once again, defending the religious liberty of all, precisely in the area where today it is mostly under attack”—The Journal of CESNUR,Vol. 5, No. 1, January–February 2021, pp. 54-81.

The Court will announce its verdict on 16 March. It would be difficult to understand that the CCJW could be held responsible for discrimination and incitement to hatred in cases of deteriorated intra-familial relations due to an exclusion or resignation procedure in a local congregation, as there is no ostracization policy towards former members.

However, if the court of first instance were to issue such a verdict, it would certainly be appealed and could go as far as the European Court of Human Rights. This would also have repercussions on other religious communities where conversion, apostasy and exclusion are followed by family and social ostracization or worse.