BELGIUM: Jehovah’s Witnesses fined in Ghent for their “ostracism” 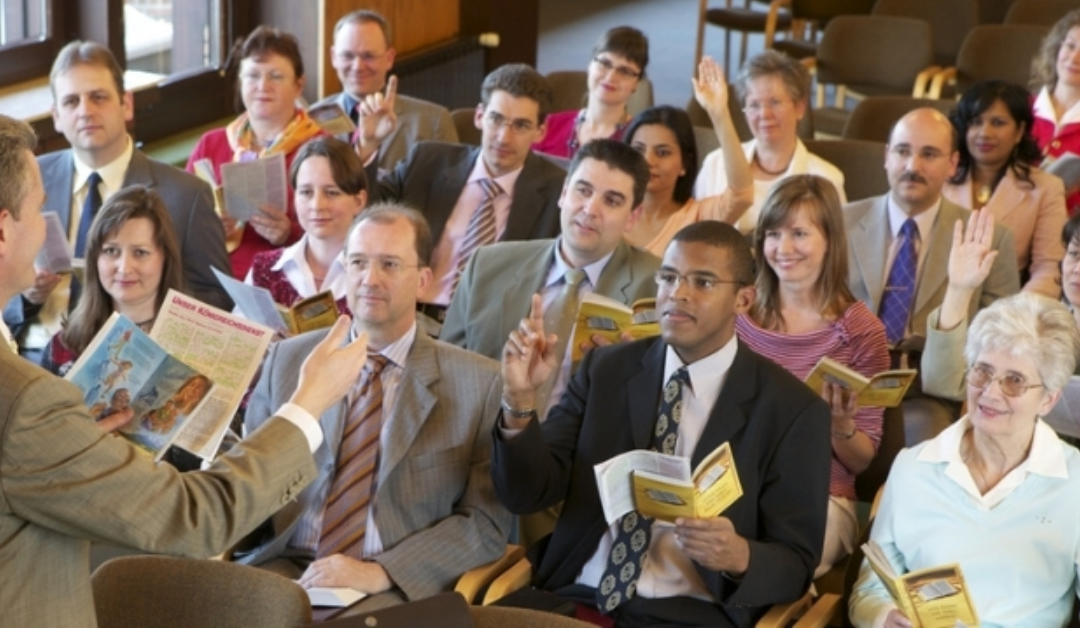 Contrary to rumors spread by opponents, the Witnesses do not suggest that immediate family members shun relatives who left the faith.

Bitter Winter (17.03.2021) – https://bit.ly/3lrweU2 – Bitter Winter has followed the case at the Criminal Court of Ghent, in Belgium, where the Christian Congregation of the Jehovah’s Witness was on trial for the practice of “shunning” disfellowshipped ex-members. Some of them had complained that the practice amounts to discrimination and incitation to hatred. Now, the Court of Ghent has sided with the complainants, and sentenced the Jehovah’s Witnesses to the payment of a fine.

It is a first-degree decision subject to appeal, but we believe it is extremely dangerous for religious liberty, and indicative of a trend where courts of law intrude into the internal organization of religious congregations, which is forbidden by the European Convention of Human Rights. As the European Court of Human Rights explained in its decision Sindicatul (2013), “Article 9 of the [European Human Rights] Convention [which protects freedom of religion and belief] must be interpreted in the light of Article 11, which safeguards associations against unjustified State interference.”

There are two problems with the decision by the Court of Ghent. The first is a problem of fact, the second is a legal problem. We discuss in this first article the question of fact, while a second article will be devoted to the legal issues.

Factually, while it is true that the Jehovah’s Witnesses believe that the Bible suggests that members do not associate with disfellowshipped ex-members or those who have left the congregation, an exception is made for members of the immediate family, as illustrated in numerous official texts.

In FAQ published in 2020, we read: “What of a man who is disfellowshipped but whose wife and children are still Jehovah’s Witnesses? The religious ties he had with his family change, but blood ties remain.” In the 2008 book “Keep Yourselves in God’s Love” we read (p. 208): “Since […] being disfellowshipped does not sever the family ties, normal day-to-day family activities and dealings may continue. Yet, by his course, the individual has chosen to break the spiritual bond between him and his believing family. So loyal family members can no longer have spiritual fellowship with him. For example, if the disfellowshipped one is present, he would not participate when the family gets together for family worship.”

On April 15, 1991 (p. 22), The Watchtower stated that, “If in a Christian’s household there is a disfellowshipped relative, that one would still be part of the normal, day-to-day household dealings and activities.”

This is not a new development. On August 1, 1974, The Watchtower (p. 470) had already explained that, “Since blood and marital relationships are not dissolved by a congregational disfellowshiping [sic] action, the situation within the family circle requires special consideration. A woman whose husband is disfellowshiped [sic] is not released from the Scriptural requirement to respect his husbandly headship over her; only death or Scriptural divorce from a husband results in such release. (Rom. 7:1–3; Mark 10:11, 12) A husband likewise is not released from loving his wife as “one flesh” with him even though she should be disfellowshiped [sic] (Matt. 19:5, 6; Eph. 5:28–31).”

On September 15, 1981, The Watchtower reiterated (p. 28) that, “if a relative, such as a parent, son or daughter, is disfellowshiped [sic] or has disassociated himself, blood and family ties remain,” while “spiritual fellowship” ceases.”

On April 15, 1988, the same Watchtower (p. 28) stated again that, “A man who is disfellowshipped or who disassociates himself may still live at home with his Christian wife and faithful children. Respect for God’s judgments and the congregation’s action will move the wife and children to recognize that by his course, he altered the spiritual bond that existed between them. Yet, since his being disfellowshipped does not end their blood ties or marriage relationship, normal family affections and dealings can continue.”

In theory, one can discuss whether a religious body should be free to suggest that even blood relatives should shun a family member who has turned against their religion. After all, ex-spouses and children often refuse to see the other ex-spouse after a divorce, and no law compels them to behave otherwise. But, whatever the theoretical answer to this question, before discussing the practice of the so-called “ostracism” among the Jehovah’s Witnesses, it is important to note that, contrary to inaccurate information disseminated by the opponents, immediate relatives are not part of it.

Photo : A congregation of the Jehovah’s Witnesses. jw.org