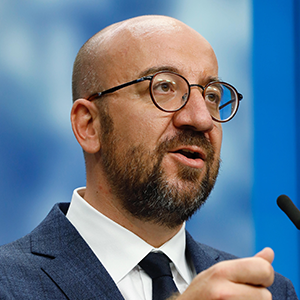 Forced landing of a Ryanair flight in Minsk on 23 May 2021. See Vladimir Weissman’s video report here

EU Council (25.05.2021) – https://bit.ly/3cim0SK – On 24 May 2021, the European Council strongly condemned the forced landing of a Ryanair flight in Minsk, Belarus, endangering aviation safety, as well as the detention by Belarusian authorities of journalist Raman Pratasevich and Sofia Sapega.

Since October 2020, the EU has progressively imposed restrictive measures against Belarus.

The measures were adopted in response to the Belarusian authorities’ unacceptable violence against peaceful protesters, intimidation, arbitrary arrests and detentions, following the August 2020 presidential elections.

The EU does not recognise results of the Belarus elections, condemning them as neither free, nor fair.

Who are the sanctions targeting?

A total of 88 individuals and 7 entities are now designated under the sanctions regime on Belarus.

The targeted individuals have been identified as responsible for repression and intimidation against peaceful demonstrators, opposition members and journalists in the wake of the 2020 presidential election in Belarus, as well as for misconduct of the electoral process.

In the context of the crackdown by Belarusian authorities, a first round of sanctions was imposed by the Council against 40 individuals on 1 October 2020.

A second set of sanctions targeting President, Alexandr Lukashenko and 14 other officials, including his son and National Security Adviser, Viktor Lukashenko, was imposed on 6 November 2020.

A third set round of sanctions focusing on high level Belarusian officials was adopted on 17 December 2020, adding another 36 individuals to the list.

Designated persons, among others, include key figures of the political leadership and of the government, senior officials of the Ministry of the Interior and its troops, the Chair of the Council of the Republic of the National Assembly of Belarus, the Prosecutor General, several judges, the Chairman of the National State Television and Radio Company, and several prominent economic actors.

What are the sanctions?

The restrictive measures include a travel ban and an asset freeze.

In addition, EU citizens and companies are forbidden from making funds available to the listed individuals and entities.

Image from protests in Belarus, following the August 2020 presidential elections.

The purpose of these sanctions is to pressure the Belarusian political leadership to prevent further violence and repression, to release all political prisoners and other unjustly detained people, and to initiate a genuine and inclusive national dialogue with broader society.

On 9 August, presidential elections took place in the Republic of Belarus. Credible reports from domestic observers show that the process did not meet the international standards expected of a participating state of the OSCE (Organisation for Security and Cooperation in Europe). Following protests, state authorities deployed disproportionate violence causing at least two deaths and many injuries.

EU heads of state and government first met by video conference to discuss the situation in Belarus on 19 August. The conclusions by President Charles Michel following the video conference affirm that the EU does not recognise the election results presented by the Belarus authorities. EU leaders condemned the violence against peaceful protesters and expressed solidarity with the people of Belarus. Leaders agreed on imposing sanctions on the individuals responsible for violence, repression, and election fraud.

EU foreign ministers held a video conference on 14 August on Belarus. They agreed on the need to sanction those responsible for violence, repression and the falsification of election results. They called on the Belarusian authorities to stop the disproportionate and unacceptable violence against peaceful protesters and to release those detained.

On 1 October 2020, The European Council condemned the Belarusian authorities’ unacceptable violence against peaceful protesters, intimidation and arbitrary arrests and detentions following the presidential elections, the results of which it does not recognise.

They agreed that restrictive measures should be imposed and called on the Council to adopt the decision without delay. The European Council also encouraged the European Commission to prepare a plan of economic support for democratic Belarus.