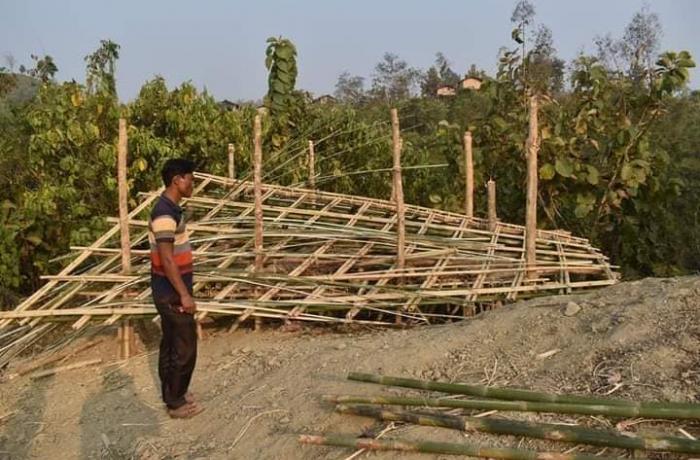 Forest Department officials tore down a Seventh-day Adventist church in Bandarban district for lack of construction permit. Extremists attacked another Protestant church in northern Bangladesh because of the presence of new Christians. For the Bangladesh Christian Association, everyone should be guaranteed the right to practise their own religion and justice should be done.

Asia News (04.03.2021) – https://bit.ly/2PtCAq9 –  Bandarban – A recent attack against two churches, one of which was demolished, is causing concern among Bangladeshi Christians.

On 25 February, 10 Forest Department employees tore down the Sathirampara Seventh-day Adventist church in Ali Kadam, Bandarban district. The building was under construction. The congregation was replacing the old bamboo hut used as a church with a brick building.

The Forest Department said that the community was not authorised to build on land under its jurisdiction. Yet, the area already has four mosques, three Buddhist temples, four large markets as well as public and private schools. No problems were reported in connection with any of these structures.

Sathiram Tripura, one of the leaders of Sathirampara Church, told AsiaNews that people from two villages in the hills have been coming to his makeshift house of prayer for many years.

“Members of the community set aside the money for 15 years to build the brick church,” he explained. “Not being able to finish the construction is very sad.”

The demolition took place while the men of the community were working in the forest. The community includes more than a hundred people who now find themselves praying in the open air, Tripura noted.

Without a church the situation will become very difficult when the rainy season begins. However, for Forest Department official S M Kawsar, his agency did not destroy any church, it simply  cleared government land.

“Construction takes a permit and Christians did not have it,” he explained. “In this village, there are only three or four Christian families. There is no need for a church.”

Another incident occurred a few days earlier in Aditmari, Lalmonirhat district (northern Bangladesh). A group of local Muslims attacked Emmanuel Church on 10 February, which is located in a predominantly Muslim village. The Protestant house of prayer has existed since 2003.

“Residents in this area are fundamentalists,” he explained. “When I first went to the police they did not want to file the report of what happened; they also told me not to inform journalists of the attack.”

Violence against the church appears to be the result of anti-Christian propaganda at a local Islamic meeting place (waz mahfil) where Muslim religious leaders engage in hate speech.

Rev Lovlu S. Levy also reports that anger against Christians is linked to the fact that new members have joined the community.

“Muslims are angry because we have received Christ, which is why they attack us. Now we live in fear, ten new believers have fled the village for their safety.”

With respect to the Sathirampara Church in Bandarban district he noted that everyone has the right to practise their religion. “I call on the local authorities to ensure that Christians can soon build their own church.”

As for the attack in Aditmari, “radical Muslims tried to frighten Christians. We condemn the attack and demand justice.”