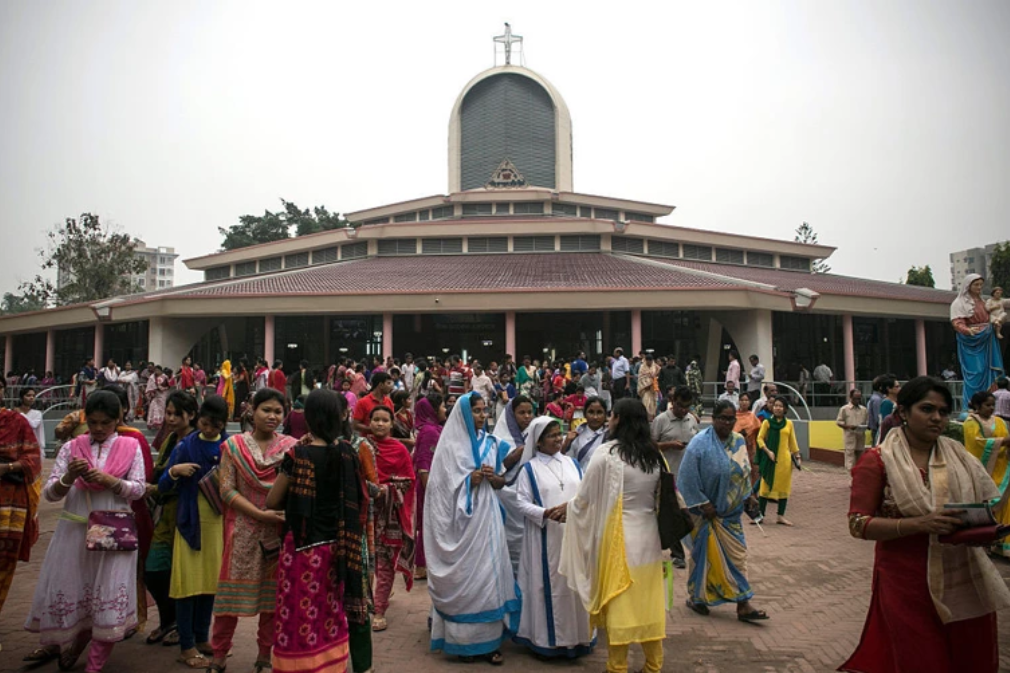 The Christian Post (02.08.2021) – https://bit.ly/3lBhPXQ – A small Christian church in southeastern Bangladesh was attacked and destroyed twice amid weeks of threats from radical Buddhists against Christians who refused to re-convert to Buddhism. Many believers in the community are reportedly displaced from their homes.

Local reports say two attacks on the church in the village of Suandrapara in the hilly district of Rangamati came after weeks of threats.

Buddhist radicals reportedly told the Christians they would destroy the church if the church members did not tear it down themselves. The converted believers, however, refused to renounce their faith in Jesus.

“The radicals told us to destroy the church, but we will not,” Tubel Chakma Poran Adetion, the church’s assistant pastor, told Asia News, the official press agency of the Roman Catholic Pontifical Institute for Foreign Missions.

“If we have to sacrifice our lives, we will. They threatened us to return to our old religion, but we will not return. Jesus Christ is our savior. We will die for him.”

The pastor told the news outlet that believers at the church were previously Buddhists who “met Jesus Christ” in 2005.

The Christian residents of Suandrapara built the small brick-and-tin church in January through funding provided by the Bangladesh Bawm Tribal Baptist Church.

The pastor said they gathered and prayed daily despite threats and opposition from the Buddhist majority. The Christians were given a seven-day deadline to stop all church activities and re-convert to Buddhism.

The believers refused to comply.

Buddhist radicals led by Joan Chakma, the leader of the United People’s Democratic Front (UPDF), a local political group, are accused of attacking the church on July 15. In doing so, the perpetrators broke the church gate, the cross and other parts of the church, Asia News reported.

The Buddhist radicals attacked the church again on July 22, damaging a wall, the door and the tin roof.

The attackers threatened more consequences if the Christians reported the indecent to the media or the police.

Adetion said the church did not report the destruction to the police station for security reasons and the Christians’ desire to live in peace.

“We are a minority and Buddhists can do anything to us. We want peace by talking to them,” he told Asia News.

Rev. Leor P. Sarker, general secretary of the Bangladesh Baptist Church Fellowship (BBCF), a Protestant church organization in Bangladesh, explained to the press agency how church leaders are worried for the church in Ranfamati.

“We are concerned about our members,” Sarker was quoted as saying. “There are about 50 of them. They live in fear. Most of them are staying away from their homes to protect their life after the attack.

“We are praying for the attackers, that they may change their way of thinking and let our people live there in peace,” he continued.

In Bangladesh, many believers must gather to worship in secret house churches for fear of attack.

Christians also faced discrimination from the government during the pandemic when many Christians suffered starvation or severe health issues after being left out of government relief, Open Doors reported.

Bangladesh’s population is nearly 170 million, and less than 1% identifies as Christian.

Bangladesh also has the eighth-largest population in the world and is one of the most densely populated countries.

Bangladesh is also home to hundreds of thousands of Rohingya refugees from Myanmar. The country struggles to care for them despite help from the international community.