AUSTRIA: Why an Award was given to China’s Ambassador in Vienna 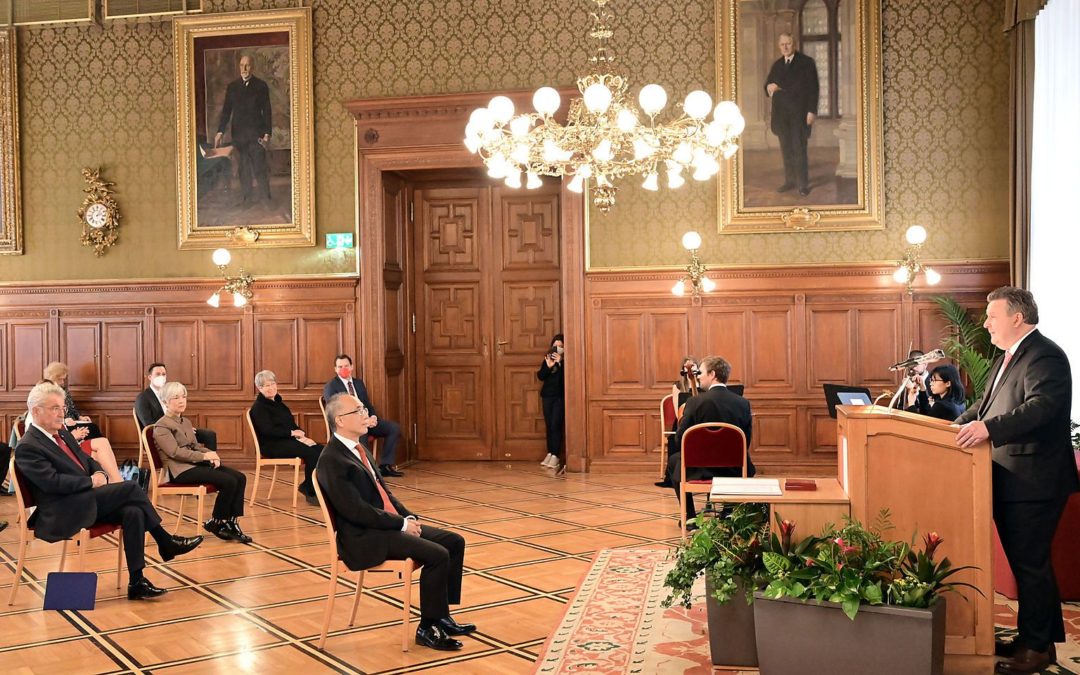 By Christian Ultsch and Christoph Zotter

Vienna, 01/06/21- Die Presse https://bit.ly/2T0vjQE. Li Xiaosi, Chinese ambassador in Vienna since 2016, has no reason to complain about a current lack of attention. Last Wednesday, the mayor Michael Ludwig bestowed on him the Great Gold Award of the city of Vienna. In doing so, the social-democrat was remembering not only the 39,000 FFP-2 masks which the diplomat had organised (with others) last year for Vienna, but also 50 years of diplomatic relations with the Peoples’ Republic and the Huawei shop soon to open in Kärtner Street.

Criticism was not forthcoming until Monday, but when it came, it was severe. Ten experts for human rights and religious freedom issued a joint statement expressing their incomprehension at this award.

“This award makes a mockery of our efforts to defend the Chinese people and especially Chinese Muslims, Christians and members of other minorities from oppression by the Chinese Communist party”, stated Peter Zoehrer, head of the Forum for Religious Freedom. Jan Figel, former EU-commissioner spoke about a “sad decision”. Former Canadian Secretary of State David Kilgour said: “In the face of the genocide being committed by the Communist government in Peking against the Uyghurs, this initiative taken by the mayor of Vienna is very bizarre.”

Representatives of ‘Save Tibet” and “Stand with Hing Kong” expressed their dismay.

The foreign policy spokesperson of the Green Party, Ewa Ernst-Dziedzic stated to the ‘Presse’: “The human rights city of Vienna should make use of its friendly relationships to Peking to clearly address the deconstruction of the democratic movement in Hong Kong and the internment of minorities in prison camps”.

The fifty-year anniversary of relations between Austria and China prompted on Saturday an active exchange of letters between presidents, heads of government and foreign ministers of both countries. According to information received by the ‘Presse’, a high-level diplomatic visit – either in Peking or Vienna was also intended. In any case, the Federal Chancellery of the Republic of Austria did not express agitation about honoring Li Xiaosis. “A normal mark of appreciation” was the comment from Ballhausplatz. (official residence of the Federal Chancellor.) On Thursday, the Chinese ambassador had also paid Sebastain Kurz a visit.

The last named complained about the propaganda style of reporting about China by the Austrian media. A reporter for the Peking government’s Austrian radio who is also responsible for the transmission of the Okto-format “Tandem”, commented on a link-in from China that there was no difference in the working conditions for journalists in China and Austria. That was too much for Fischer: he interjected that that could not be said across the board.

The Okto-format with journalists from Peking has been operating for ten years. But its director, Christiam Jungwirth told the ‘Presse’ that it receives no money from China.

Relevant Links (other news outlets who published our protest)