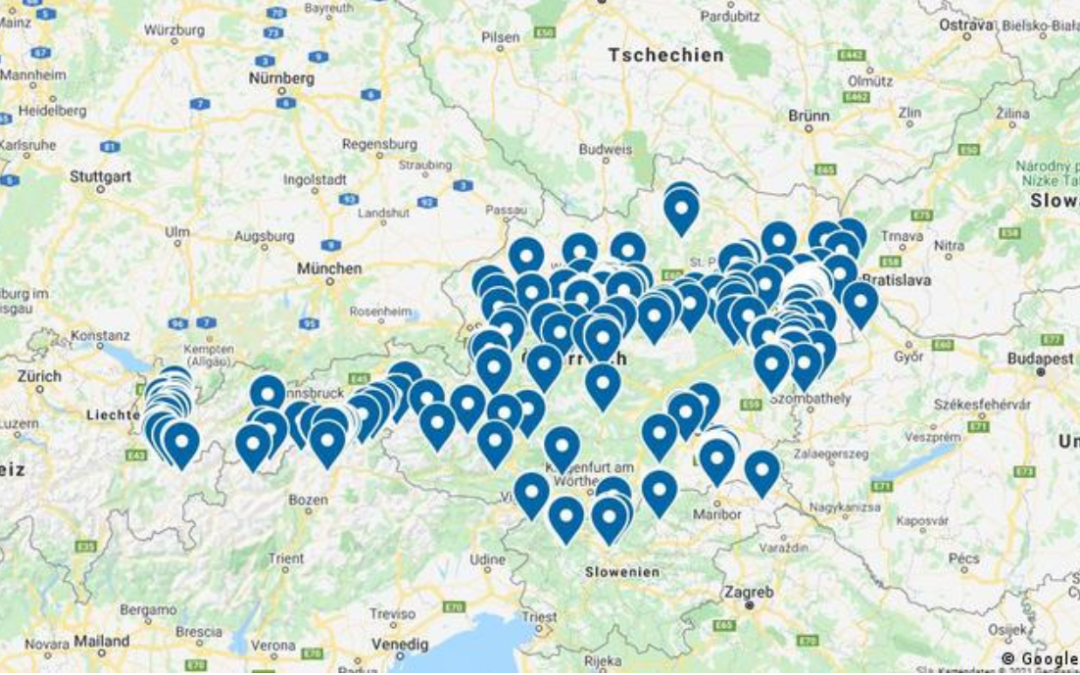 The map, showing the names and location of over 600 mosques and associations in the country, has sparked outcry.

DW (29.05.2021) – https://bit.ly/3ikG8aB – Muslim Youth Austria (MJO) is filing a lawsuit against the country’s controversial “Map of Political Islam,” the group announced on Saturday.

The map, showing the names and location of over 600 mosques and associations in Austria and their possible links abroad, was unveiled on Thursday.

“The publication of all the names, functions and addresses of Muslim and Muslim-affiliated organizations represents an unprecedented crossing of boundaries,” Muslim Youth Austria said.

Who else criticized the map?

The Muslim youth organization is not the only voice to have criticized the map that was co-created by the University of Vienna and Austria’s Documentation Centre of Political Islam.

The map was “inadmissible,” the Turkish foreign ministry said in a statement on Friday. It urged Vienna to not “compile a register of Muslims,” but to adopt what it termed: “a responsible policy.”

It “demonstrates the government’s manifest intent to stigmatize all Muslims as a potential danger,” the IGGOe, Austria’s Muslim representative council, said in a statement on Thursday.

Meanwhile, Austria’s Green party’s spokeswoman for integration Faika El-Nagashi complained that “no Green minister or MP was involved or even told about it. The project mixes Muslims with Islamists and is the contrary to what integration policy should look like.”

Dr. Daniel Höltgen, a spokesman for the Council of Europe, said, “many Muslims perceive the form and timing of the publication as extremely discriminatory. They feel stigmatized and threatened in their security by the publication of addresses and other details.”

The University of Vienna sought to distance itself from the map and has already prohibited the use of its logo for the map.

What did the Integration Minister say?

Meanwhile, Raab insisted that the aim was to “fight political ideologies.”

She said it was intended to assist in combatting attitudes and positions that are in part misogynistic, antisemitic, racist or hostile to integration, without placing Muslims under general suspicion.

Further reading about FORB in Austria on HRWF website