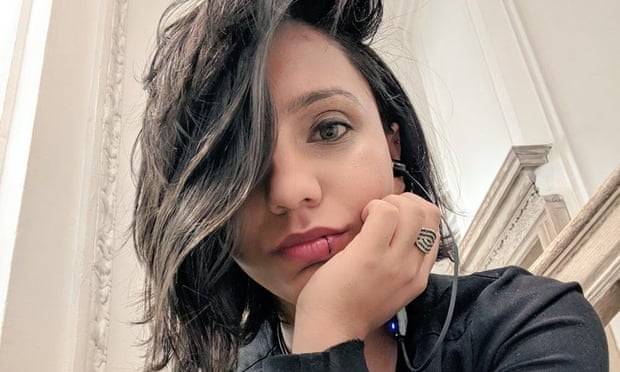 Supporters says charges against Zara Kay, who has had her passport confiscated, are ‘politically motivated’.

The Guardian (03.01.2021) – https://bit.ly/393rFK8 – An Australian ex-Muslim women’s rights activist faces “politically motivated” charges in Tanzania, including for a tweet allegedly critical of the country’s president, according to her supporters.

The Australian government is providing consular assistance to Zara Kay, 28, the founder of Faithless Hijabi, a group set up two years ago to support women who are ostracised or face violence if they leave or question Islam.

Kay tweeted on 28 December she was “going into the police station because someone reported me in for blasphemy” and a few days later told her supporters she was out on bail but “still quite traumatised from everything”.

“Please don’t stop fighting for me,” she wrote. “They can try shaking me, but they won’t break me.”

The Australian Department of Foreign Affairs and Trade said on Sunday it was “providing consular assistance to an Australian in Tanzania”. But a spokesperson said Dfat would not provide further comment “owing to our privacy obligations”.

The case was first reported by the ABC on Sunday.

The International Coalition of Ex-Muslims issued a statement saying Kay had been held in police custody for 32 hours from 28 December “without an initial clear indication of charges” and had her passport confiscated.

It said she would be required to return the police station in Dar es Salaam, the administrative capital, on Tuesday.

According to the statement, the charges relate to three issues, including “a social media post deemed to be critical of the president of Tanzania” over the handling of Covid-19 in the east African country.

The coalition said the final issue was the use of a mobile sim card registered in a family member’s name rather than her own name, under legislation that the group said “has been used to persecute other high-profile cases”.

“We believe these charges are politically motivated,” the coalition said.

“The International Coalition of Ex-Muslims reiterates its call on the Tanzanian government to immediately drop all the charges against Zara Kay and allow her to leave the country … We also call on the Australian authorities to intervene and get Zara home to safety.”

Kay, who was raised a Shia Muslim in Tanzania, told the Australian newspaper in 2019 that she had been forced to wear the hijab from the age of eight but took it off when she moved to Australia to study in her late teens.

She has renounced Islam and campaigns to help people who struggle when they similarly leave the faith. Kay has held speaking events in Australia on the topic: “Losing your religion can be hard, and for some, it can be fatal”.

Christians comprise about 61% of Tanzania’s population of 59 million people, while Muslims represent about 35%, according to past estimates, and it does not have blasphemy laws. The Australian newspaper reports that Kay faces sedition charges.

It is understood the types of assistance provided by Australian consular staff can include visiting prisons to monitor welfare, checking with local authorities about the Australian’s wellbeing, and providing contact details for local lawyers.

But consular staff typically notify Australians in trouble overseas that they cannot provide direct legal advice, intervene in legal cases or get Australians out of prison.

Photo: Dfat is giving consular assistance to Zara Kay, an Australian women’s rights activist in Tanzania. Her supporters say she is facing three charges, including one relating to a social media post allegedly critical of the president. Credit: CEMB.