ALGERIA: About the criminalization of freedom of expression on religious issues 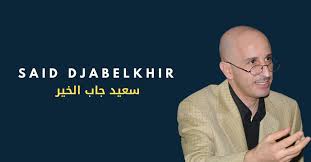 HRWF (18.02.2021) – On 25 February, Said Djabelkhir, an Algerian expert in Sufism, will appear before a court in Sidi M’hemed (Alger) for allegedly insulting Islam.

The court accepted to hear a complaint filed against him by a university professor of Sidi Bel Abbes University, Abderezzak Bouidjra, along with a group of rigorist conservative Muslims. The accusation is “contempt of Islam, infringement and mockery of the authentic hadiths of the Sunnah of the Prophet Muhammad, the pillar of the Hajj (pilgrimage) and the ritual sacrifice of the sheep of Eid,” according to AsiaNews.

The plaintiff as well as his lawyers reproach the scholar for submitting Islam to “questioning reason”.

The controversial Algerian researcher is very active on social media and is regularly interviewed by the national media. In 2019, during the Ramadan, he declared on El Bilad TV that at the time of the Prophet fasting was not an obligation and not all his followers were fasting. He was then vilified on social media and threatened with death.

Blasphemy issues, allegedly offending religious feelings or inciting religious hatred, allegedly insulting or mocking a religion are concepts that are enshrined in laws of a number or countries. Such accusations are often instrumentalized for various vested interests when they are taken to court.

Freedom of thought and expression or theological disputes inside a religion should exclusively be regulated according to the internal rules of the religion and not by civil law. If such a freedom is repressed by national laws, this state interference leads to some form of state religious inquisition and some degree of theocracy. Pluralism of religious opinions and religious dissidence are an integral part of international standards of freedom of religion or belief.