AFGHANISTAN: What is the Taliban’s conservative religious ideology? 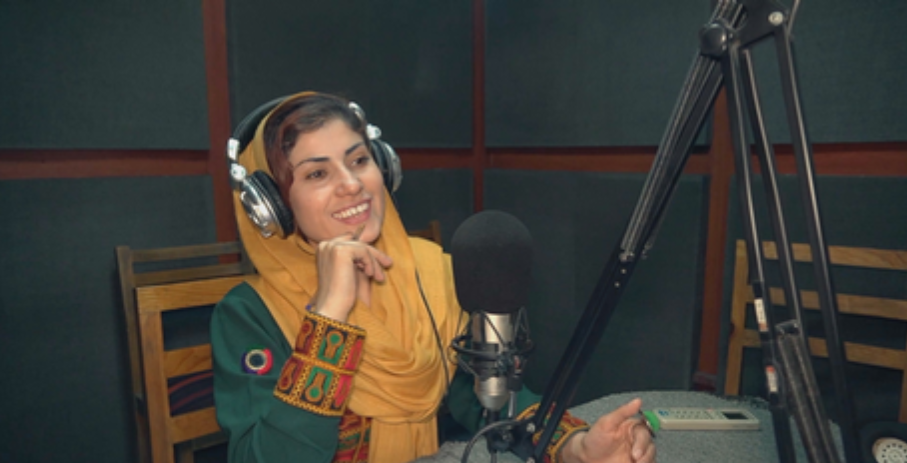 What is the Taliban’s religious ideology?

Despite the Taliban’s military victory, it remains to be seen whether they will be able to impose their extremely conservative religious view of society on the Afghan people in the long run.

DW(02.11.2021) – https://bit.ly/2ZZAAvi – After the Taliban seized power in Afghanistan, they changed the name of the country to the “Islamic Emirate of Afghanistan” — a name that was in use when the fundamentalist group previously ruled the country, from 1996 to 2001.

The name Islamic Emirate reveals what kind of rule the Taliban want to impose on the nation, namely a religious one.

“However, the interpretation that the emirate will mean a religious form of rule is not the only possible one,” Katja Mielke, an Afghanistan researcher at the Bonn International Centre for Conflict Studies (BICC), told DW.

In Arabic, the term “emirate” refers to a territory that is under the rule of an emir.

The emir can be a religious leader, but not necessarily. He can just as easily be a member of a royal family, a warlord or a governor. “The meaning is varied and not religiously bound,” Mielke said.

“The tendency to load existing concepts with a meaning that suits them is typical of the Taliban,” said Milad Karimi, deputy director of the Center for Islamic Theology at the University of Münster.

He pointed out that the origin of Taliban ideology was in so-called Deobandism, which was founded during the British colonial rule of India in the 19th century. Its adherents placed particular emphasis on education, with the aim that Muslims should be able to give an appropriate response to the political circumstances of their time, namely European colonialism, the expert explained.

In 1857, there was an uprising in India against the British. After its suppression, British rule on the subcontinent became harsher. Some Indian Muslims reacted to this by adopting a fundamentalist interpretation of Islam.

“They were convinced that salvation, both religiously and socially, lay exclusively in a pure, historically unadulterated Islam. That is why they abandoned all openness, all dialogue with other religions, and concentrated exclusively on what seemed to them to be the right, pure doctrine,” Karimi said.

“In essence, this is the birth of the ideology that the Taliban took up a century and a half later and continues to cultivate to this day,” he had.

Anti-Soviet resistance and its consequences

This doctrine came to a head in the 1970s, when large numbers of religiously motivated Afghans, particularly Pashtuns, revolted against then President Mohammed Daoud Khan. After the president’s assassination in 1978, they fled to Pakistan to escape Afghan security forces.

Following the Soviet invasion of Afghanistan in 1979, Pakistani President Muhammad Zia-ul-Haq ensured that much of the money provided by the United States to support resistance fighters flowed to extremist groups.

Zia-ul-Hag, who came to power in a 1977 coup and ruled to 1988, strongly promoted the Islamization of Pakistan’s judiciary and administration. He hoped to retain power at home and exert influence abroad, especially in neighboring Afghanistan.

Under these favorable circumstances, radical and fundamental interpretations of Islam from parts of the Deobandi school spread rapidly among Afghan resistance fighters, some of whom became precursors of the Taliban.

“You have to keep in mind that these people were not just sitting in some schools and universities doing theological studies, but they were also at the same time involved in the fight against the Soviet Union, so they were living in a war situation,” Mielke said.

Against this backdrop and encouraged by Pakistani intelligence, the mujahedeen became alienated from the traditions of their own country.

In his book on the Taliban, British-Pakistani journalist Ahmed Rashid wrote that these traditions had been destroyed in brutal power struggles. This created an ideological vacuum, which the Taliban then filled, he argued.

“The Taliban represented no one but themselves, and they recognized no Islam but their own. But they had an ideological base, an extreme form of Deobandism preached by Pakistani Islamic outfits in Afghan refugee camps in Pakistan.”

Over the years, Karimi said, Afghan fighters operating from Pakistan have become alienated from their homeland. “However, there is a clear generational divide,” he said. “While the first fighters to migrate to Pakistan, the so-called mujahedeen, were still firmly attached to Afghanistan, its history and its predominantly tolerant religious tradition, the younger ones lost this attachment and became radicalized accordingly.”

“The ideology established at that time then formed the ideological foundation of today’s Taliban,” Karimi said.

This could change, Mielke said.

“Some developments indicate that this ideologically orthodox line could be changing,” she added. “This is not least a question of power. It depends very much on which factions of the Taliban will prevail in the future, and what ideology they then represent. Right now, this movement is very fractured ideologically.”

Women, in particular, are bearing the brunt of the new Taliban rule at the moment.

Human rights organizations report that women have had to give up their jobs in many areas, and some Afghan women told DW that they have fled to Pakistan because they feared being forced to marry Taliban fighters.

“For them,” he said, “women belong in a dungeonlike environment, namely the four walls of their own home.”

There they would have to perform certain tasks, Karimi said: “They would have to bear children, run the household and be ready for their husband’s sexual desire at any time. This view of women is neither religiously legitimate nor Islamically justifiable.”

This article has been translated from German.