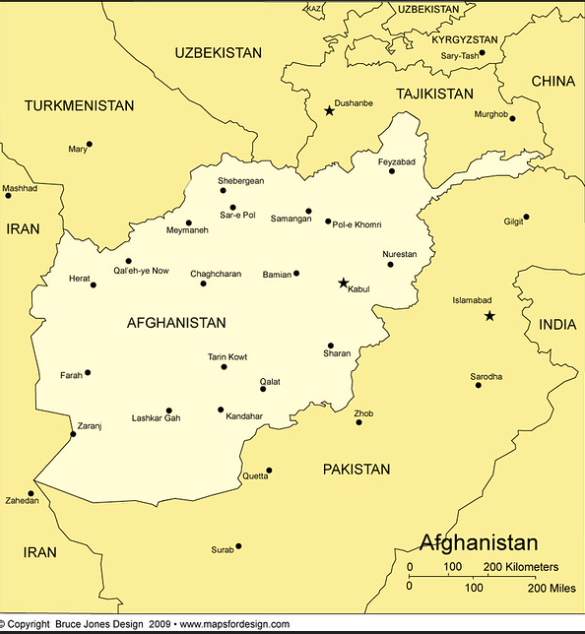 UN: International engagement with Afghanistan must depend on respect for religious minorities

ADF International (07.10.2021) – https://bit.ly/30kbNlF – Almost two months after the rapid takeover of the Taliban in Afghanistan, the UN Human Rights Council in Geneva has adopted a resolution to condemn, “in the strongest possible terms”, the ongoing violations and abuses of human rights perpetrated in Afghanistan, including against persons belonging to religious minorities.

For the first time since the outbreak of the crisis in Afghanistan, a UN resolution has explicitly called for strict respect for freedom of religion or belief, and urged the international community to adjust their engagement with any future Afghan government depending “on respect for the human rights and fundamental freedoms of all Afghans, including women, girls, children, and persons belonging to ethnic and religious minorities.” Furthermore, in accordance with the calls of several faith-based NGOs including ADF International, the resolution, adopted by a vote of 28 “yes”, 5 “no” and 14 abstentions, establishes a dedicated mechanism tasked with monitoring the situation of human rights as it develops in the country.

“Nobody should be persecuted because of their faith. In Afghanistan, members of religious minorities, including Christians, have been forced to flee a certain death orgo into hiding in remote areas of the country, stranded and with no hope of rescue. We are pleased that the UN Human Rights Council has finally heard their desperate plight and heeded the appeals of faith-based organizations to join in condemning all acts of religiously motivated violence and urging full respect for freedom of religion or belief,” said Giorgio Mazzoli, representing ADF International at the Human Rights Council in Geneva.

“The resolution adopted today may be viewed as limited in immediate outcome, but is a meaningful signal that the international community is not prepared to idly stand by when human rights and fundamental freedoms are put in such serious jeopardy. We now urge states to ensure its full implementation by employing every diplomatic, political, or other appropriate means to ensure that those exercising effective control are held fully accountable for their failure to respect the human rights and aspiration of the Afghan people,” he continued.

The move was welcomed by a coalition of human rights organisations, including ADF International, the World Evangelical Alliance, Christian Solidarity Worldwide, the World Baptist Alliance, CAP Freedom of Conscience and the Ethics and Religious Liberty Commission among others, who have advocated for greater attention to the dire situation of religious minorities and the lack of freedom of religion or belief in Afghanistan during the negotiations of the draft resolution. According to reports, Christians on the ground have expressed that they expect to face certain death. Reports detail the execution of persons found on public transportation with Bible software found on their smartphones. Furthermore, the Taliban are already publicizing plans to “eradicate the ignorance of irreligion” by taking non-Muslim women and girls as sex slaves and forcing boys to serve as soldiers.

Today’s outcome represents a marked change from the Human Rights Council’s previous resolution on the situation in Afghanistan. Adopted in August, the first resolution was widely criticized for being “subdued”, failing to hold the Taliban to account, and therefore representing “more of an insult to the Afghan people than a response to the crisis”.

“The so-far inadequate response of the international community would only embolden those responsible for such harrowing human rights abuses to continue to act with impunity. We hope that the resolution adopted today by the Human Rights Council will serve as a turning point for protecting those in Afghanistan facing serious threats to their lives simply because of their faith,” added Mazzoli.