AFGHANISTAN : The fall of Kabul, the sunset of Western interventionism? 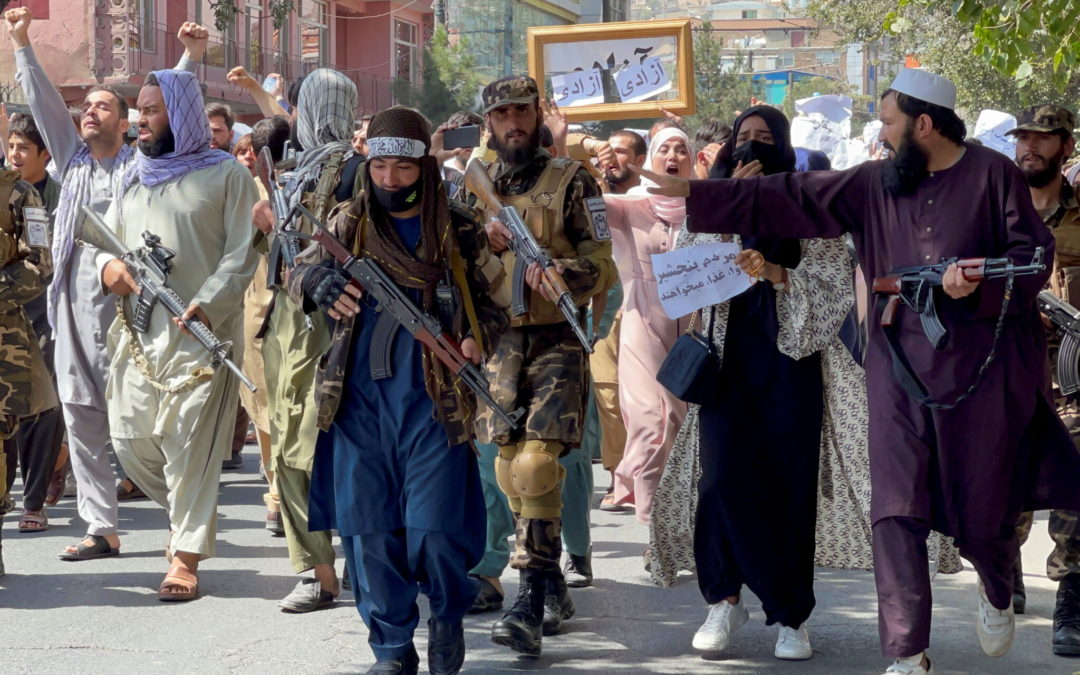 The fall of Kabul, the sunset of interventionism for the West?

Is there a sustainable future for human rights in Afghanistan, asks Willy Fautré, director of Human Rights Without Frontiers? Almost 20 years after US forces ousted the Taliban from power with some support by the UK, their ‘Blitzkrieg’ was more a quiet victorious march towards Kabul than a war against an evaporated national army. A number of political analysts say this geopolitical earthquake sounds the end of the claimed moral duty of the West to promote and export democracy and human rights.

EUReporter (13.09.2021) – https://bit.ly/3EirCZo – The military and political debacle of the West in Afghanistan had been announced by the US military as a credible possibility but their warning was ignored by Washington.

Yet, the US administration does not bear the full responsibility of this strategic blunder. All the NATO countries subsequently involved in the war and the occupation failed to anticipate a possible accelerated collapse of the Afghan administration and its army, and to plan in due time the needed exfiltration operation of the Afghans who assisted them.

Beyond the chaos and the individual tragedies that we all witnessed on television, this geo-political earthquake questions the Western theories of regime change and nation-building as well as the exportation and construction of democracy with the support of the military. The ‘right to interfere’ on alleged humanitarian grounds under the umbrella of foreign occupation forces and a proxy political leadership is also at stake.

Kabul is now the most recent place where such theories will be buried for a long time, if not forever, according to many political analysts.

But is there still a future for the promotion of human rights by Western governments and NGOs in war-torn countries such as Afghanistan where they are militarily engaged? And with which actors? Should human rights NGOs refuse to work under the umbrella and protection of NATO or Western occupation forces? Will they not be perceived as Western GONGOs and accomplices of foreign armies as Christian missionaries were in colonial times? These and other questions will need to be addressed by the international community.

Throughout the centuries, various Western European countries have felt superior to other peoples. As colonial powers, they have invaded their territories on all continents to allegedly bring them civilization and the values of the Enlightenment, an alleged good cause.

In reality, their purpose was mainly to exploit their natural resources and their workforce. They got the blessing of the dominant Catholic Church which saw a historic and messianic opportunity to spread its faith and values, and to project its power around the world.

After WWII and along the decolonization process, the progressive emergence and development of democracy in Western countries reinvigorated their ambition to conquer the world again, but differently, and to reshape other peoples in their image.

The values of political democracy were their spearhead, and their religion was human rights.

This political-cultural colonialism underpinned by their belief in their own supremacy looked generous in the sense that they naively wanted to share their values with the whole world, with all the peoples and against their tyrants. But that missionary-like project and process often ignored their history, their culture and their religions as well as their reluctance to share a number of specifically Western liberal values.

In Iraq, Syria, Afghanistan and other countries, the US, the UK, France and others have waged wars on security grounds and then used the magic word ‘nation-building’, equivalent to regime change by force if needed, to justify their actions. However, these Muslim majority countries have become the cemeteries of the so-called moral right to interfere on humanitarian grounds so much cherished by the West. This doctrine is now dead and being buried, many policy-makers say.

It does not mean that the values of democracy, rule of law and human rights professed by the West do not correspond to the aspiration of other peoples. However, the fight for these values must first of all be their own fight. They cannot be artificially transplanted in a social body that is not ready to receive it.

In the case of Afghanistan, 20 years were used for capacity-building programs to empower and equip women’s groups, journalists, human rights activists and other segments of civil society. To what extent will they be able to resist the Taliban’s regime and grow is unpredictable once most foreign media and observers will have left the country willy-nilly? Nothing could be less sure.

Is there a future for human rights in Afghanistan?

A number of NGOs have already left Afghanistan along with the NATO forces, which reinforces the Taliban perception of their lack of neutrality and impartiality in their year-long engagement in Afghan society.

If all humanitarian and human rights organizations leave the country, the driving forces of the Afghan civil society will feel abandoned and betrayed. They will be vulnerable to Taliban repression and will feel resentment towards their former Western supporters.

The social services and infrastructures put in place in the last 20 years need to be preserved as a humanitarian crisis is looming in the short term according to the UN Development Agency. For the sake of the Afghan population, foreign humanitarian assistance needs to be maintained and developed but in a safe environment and apart from political negotiations between the former occupation powers and the Taliban authorities.

The International Committee of the Red Cross (ICRC) has decided to stay. In a long interview with France24, its president, Peter Maurer, has recently declared that their objective will be to stay with the Afghans, to go on sharing their lives and to find solutions to their problems in the respect of the Red Cross principles and values.

The place of Afghan women in their staff and projects will be their first human rights challenge and their first test for inevitable deals to be negotiated with the Taliban authorities.