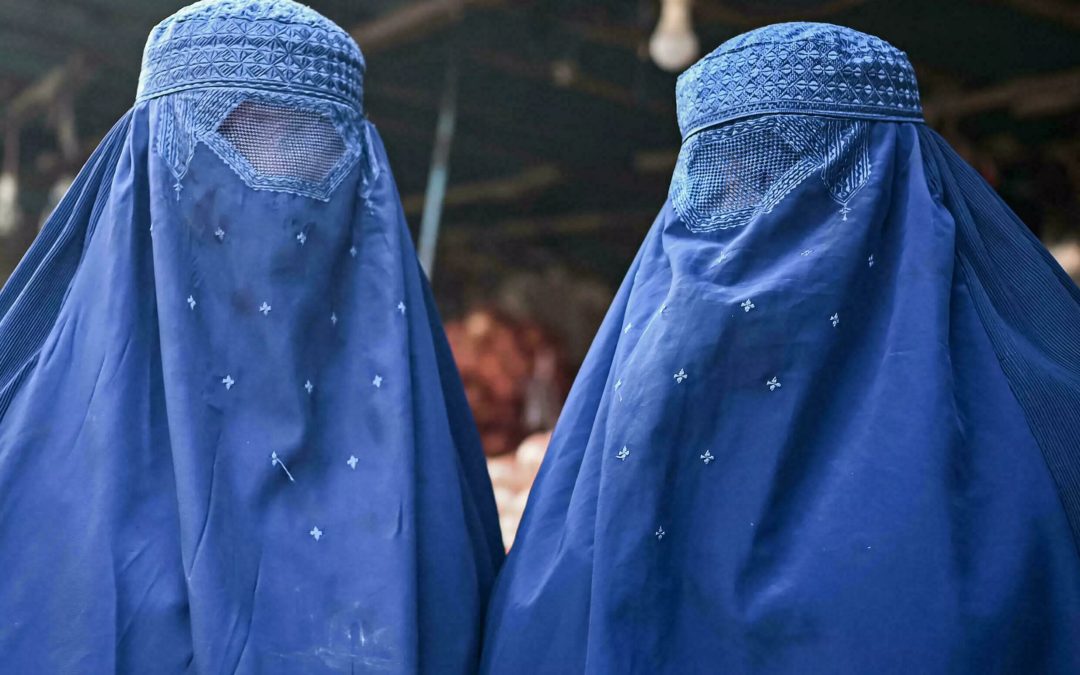 France24 (07.01.2022) – https://bit.ly/3q9yzHg – The Taliban’s religious police have put up posters around the capital Kabul ordering Afghan women to cover up, an official said Friday, the latest in a string of creeping restrictions.

The poster, which includes an image of the face-covering burqa, was slapped on cafes and shops this week by the Ministry for the Promotion of Virtue and Prevention of Vice.

Since returning to power in August, the Taliban have increasingly curtailed freedoms — particularly those of women and girls.

“According to Sharia law, Muslim women must wear the hijab,” the poster reads, referring to the practice of covering up.

A spokesman for the ministry, responsible for enforcing the Taliban’s harsh interpretation of Islamic law, confirmed to AFP on Friday that it was behind the orders.

“If someone does not follow it, it does not mean she will be punished or beaten, it’s just encouragement for Muslim women to follow Sharia law,” Sadeq Akif Muhajir said.

In Kabul, women already cover their hair with headscarves, though some wear modest western clothing.

Outside of the capital the burqa, which became mandatory for women under the Taliban’s first regime in the 1990s, has remained common.

“What they’re trying to do is to spread fear among the people,” a university student and women’s rights advocate, who did not want to be identified, told AFP.

“The first time I saw the posters I was really petrified, I thought maybe (the Taliban) will start beating me. They want me to wear a burqa and look like nothing, I would never do that.”

The Taliban, which is desperate for international recognition to allow funding flows to reopen to the war-wracked country, have so far refrained from issuing national policies.

Instead, they have published guidance for men and women that has varied from province to province.

“This is not good. 100 per cent, this will create fear,” said Shahagha Noori, the supervisor of a Kabul restaurant where the poster had been put up by the Taliban.

“I think if the Taliban get international recognition, then they will start to enforce it.”

Although the Taliban have promised a lighter version of the hardline rule that characterised their first stint in power from 1996 to 2001, women are largely excluded from government employment, and secondary schools for girls have remained shuttered in several provinces.

They have also been banned from travelling alone on long journeys.

No nation has yet formally recognised the Taliban government and diplomats face the delicate task of channelling aid to the stricken Afghan economy without propping up the hardline Islamists.