AFGHANISTAN: Female reporter being hunted by the Taliban tells her story 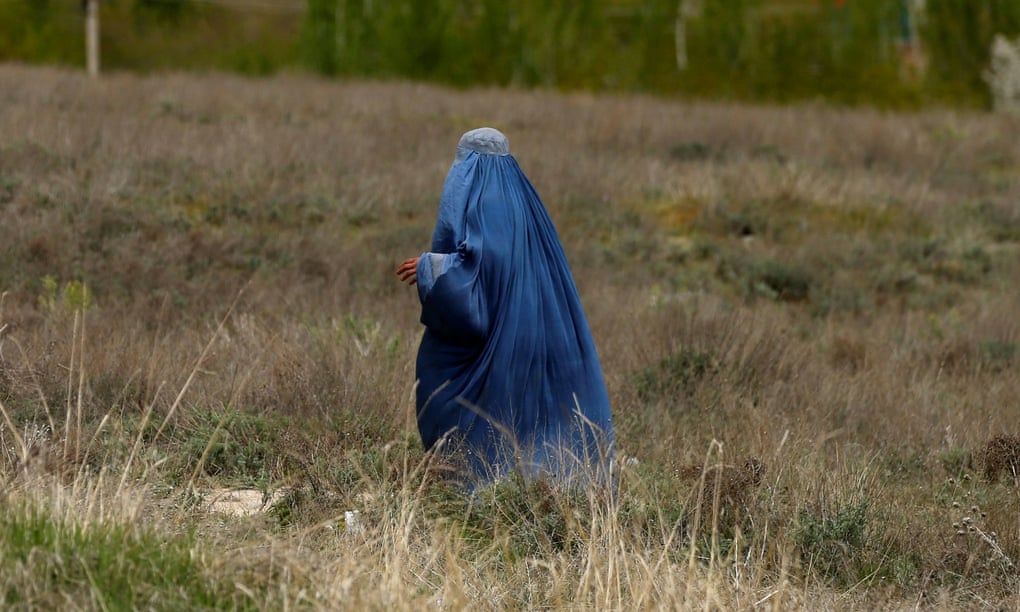 ‘Please pray for me’: female reporter being hunted by the Taliban tells her story

‘Most of the women and girls I know have fled the city and are trying to find somewhere safe.’ Photograph: Mohammad Ismail/Reuters

By Anonymous, as told to Hikmat Noori

Last week I was a news journalist. Today I can’t write under my own name or say where I am from or where I am. My whole life has been obliterated in just a few days.

I am so scared and I don’t know what will happen to me. Will I ever go home? Will I see my parents again? Where will I go? The highway is blocked in both directions. How will I survive?

My decision to leave my home and life was not planned. It happened very suddenly. In the past days my whole province has fallen to the Taliban. The only places that the government still controls are the airport and a few police district offices. I’m not safe because I’m a 22-year-old woman and I know that the Taliban are forcing families to give their daughters as wives for their fighters. I’m also not safe because I’m a news journalist and I know the Taliban will come looking for me and all of my colleagues.

The Taliban are already seeking out people they want to target. At the weekend my manager called me and asked me not to answer any unknown number. He said that we, especially the women, should hide, and escape the city if we could.

As I was packing I could hear bullets and rockets. Planes and helicopters were flying low over our heads. There was fighting on the streets right outside the house. My uncle offered to help get me to a safe place, so I grabbed my phone and a chadari (the full Afghan burqa) and left. My parents would not leave even though our house was now on the frontline of the battle for the city. As the rocket fire intensified they pleaded for me to leave because they knew the routes out of the city would soon be shut. So I left them behind and fled with my uncle. I haven’t spoken to them since as the phones are not working in the city any more.

Outside the house it was chaos. I was one of the last young women left in my neighbourhood to try to flee. I could see Taliban fighters right outside our house, on the street. They were everywhere. Thank God, I had my chadari, but even then I was afraid they would stop me or would recognise me. I was trembling as I was walking, but trying not to look scared.

Just after we’d left a rocket landed right next to us. I remember screaming and crying, women and children around me were running in every direction. It felt like we were all stuck in a boat and there was a big storm around us.

We managed to get to my uncle’s car and started driving towards his house, which is 30 minutes outside the city. On the way we were stopped at a Taliban checkpoint. It was the most terrifying moment of my life. I was inside my chadari and they ignored me but interrogated my uncle, asking him where we were going. He said we had been visiting a health centre in the city and were on our way home. Even as they were questioning him, rockets were being fired and landing close to the checkpoint. Finally, they let us go.

“On the way we were stopped at a Taliban checkpoint. It was the most terrifying moment of my life”

Even when we got to my uncle’s village, it wasn’t safe. His village is under Taliban control and many families are Taliban sympathisers. A few hours after we arrived, we were told some of the neighbours had discovered he was hiding me there and that we had to leave – they said the Taliban knew I’d been taken out the city and if they came to the village and found me there, they’d kill everyone.

We found somewhere else for me to hide, a home of a distant relative. We had to walk for hours, with me still in my chadari, staying away from all the main roads where the Taliban might be. This is where I am now. A rural area where there is nothing. There is no running water or electricity. There is barely any phone signal and I am cut off from the world.

Most of the women and girls I know have also fled the city and are trying to find somewhere safe. I cannot stop thinking and worrying about my friends, my neighbours, my classmates, all the women in Afghanistan.

All my female colleagues in the media are terrified. Most have managed to flee the city and are trying to find a way out of the province, but we are completely surrounded. All of us have spoken out against the Taliban and angered them through our journalism.

Right now, everything is tense. All I can do is keep running and hope that a route out of the province opens up soon. Please pray for me.